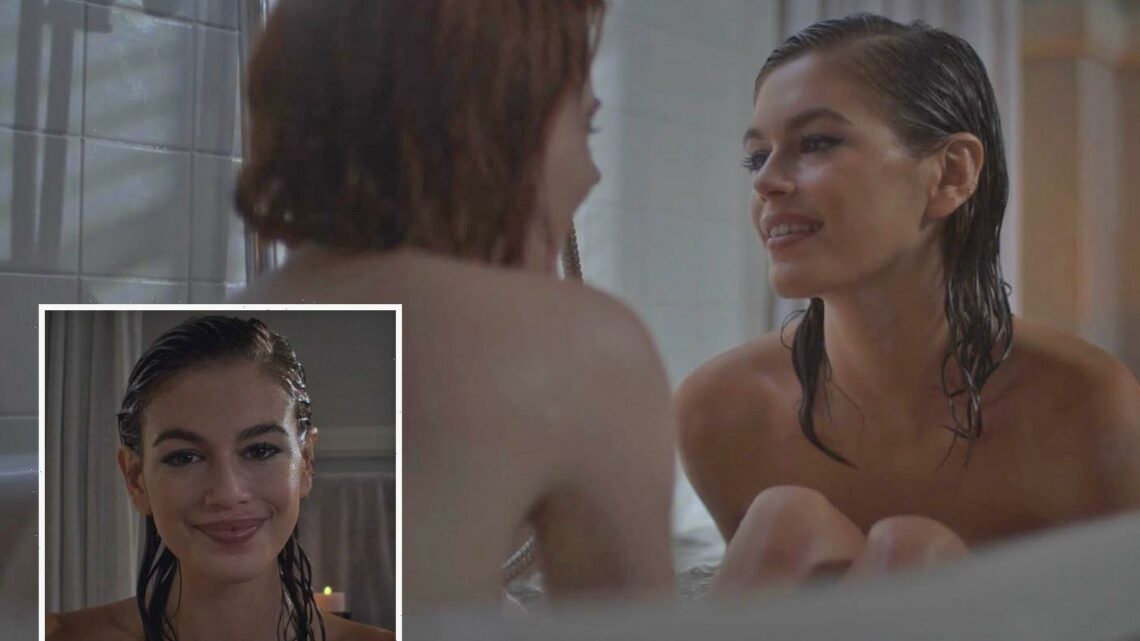 AMERICAN Horror Story turns up the heat as Kaia Gerber strips naked for a steamy bath scene with her co-star Sierra McCormick.

Kaia, 19, appears in the spin-off series, American Horror Stories, which is set in the anthology series' infamous Murder House.

The role marks Kaia's lead acting debut, having previously rose to prominence on the fashion catwalks.

The star has gone all out for her first role, playing a killer called Ruby who is seen stabbing someone with a butterfly knife in one scene.

Later, she is seen slipping into a bath with girlfriend Scarlett, played by Sierra.

With candles lit around the bathtub, the couple lean in through the bubbles and share a kiss.

Kaia's only previous acting experience was in the 2015 Lifetime movie Sister Cities.

The beauty – who is the daughter of supermodel Cindy Crawford – previously said she was undecided about pursuing acting.

She told E! News: "I'm focusing a lot on modeling right now and it's been pretty busy, but just because this whole experience has been incredible I'm not closing any doors to anything."

Meanwhile a number of American Horror Story alums return during the series including Dylan McDermott, Billie Lourd and Matt Bomer.

American Horror Stories airs on FX in the US and will premiere on Disney+ on September 8 in the UK.