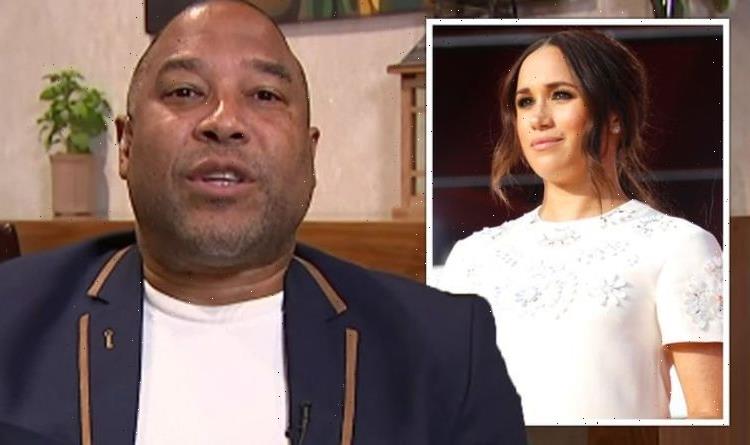 Former England footballer John Barnes appeared on Wednesday’s instalment on Good Morning Britain to discuss his new book about racism. When host Richard Madeley quizzed him on Meghan Markle’s allegation there had been conversations about how dark the skin of son Archie would be, he stepped in to defend the Duchess.

When Prince Harry and Meghan Markle were interviewed by Oprah Winfrey in March, they made several claims about the royal family.
Meghan alleged there had been conversations about how dark son Archie’s skin would be.
During Wednesday’s Good Morning Britain interview with John on the topic, Richard asked: “You say that the debate that followed the Oprah Winfrey interview and the allegation against the royal family that there was a discussion about how dark the skin of little baby Archie would be.
“You say in your book you don’t think there should be any issue with that in the royal family and think it’s perfectly acceptable.”