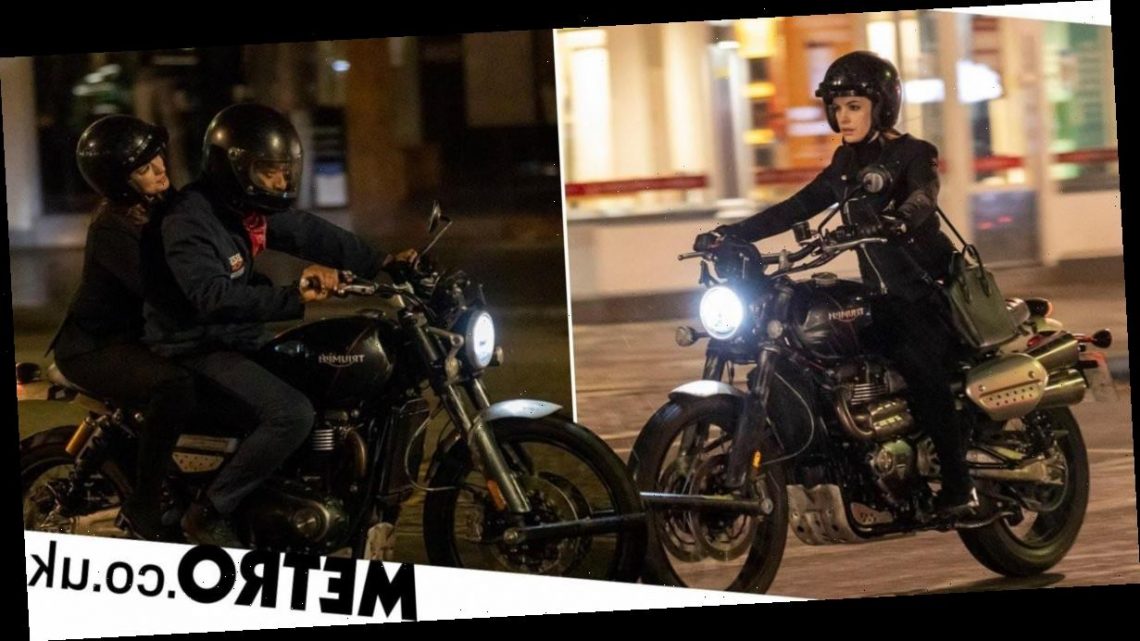 The film will speak to the times we live in, as the actors play lovers who stage a heist at iconic department store Harrods while everyone stays indoors due to the coronavirus crisis.

Anne and Chiwetel were spotted speeding through the empty streets of Knightsbridge in London, which had been blocked off to allow filming to take place.

The Devil Wears Prada star smiled as she sat behind British actor Chiwetel, who plays Paxton, on a motorbike that was attached to a truck and pulled along.

Anne, who plays Linda, also shot some solo scenes as she was pictured riding the bike on her own.

Trying to stay incognito for the job, Anne – in character – wore a black helmet and a black jacket with black trousers and shoes.

Chiwetel was also dressed in all black and looked determined as he navigated the bike, with Anne clinging on behind.

It’s not clear whether they were filming the actual heist itself, or maybe the couple were scouting the building for potential entry and exit points for a quick getaway.

According to Deadline, producers are hoping to get Ben Stiller, Lily James, Stephen Merchant and Jazmyn Simon to join the cast.

The plot will see rowing lovers Linda and Paxton call a truce to pull off the ‘high-risk, high stakes jewellery heist’ at Harrods, and if you’ve ever been in then you’ll know there’s some serious bling on offer.

Deadline previously reported rumours that Cillian Murphy, who stars in Peaky Blinders, was thinking about starring at one point but is that is now apparently unlikely to happen.