Home » TV and Movies » Are You the One? Couple Curtis Hadzicki and Jenni Knapmiller Are Engaged 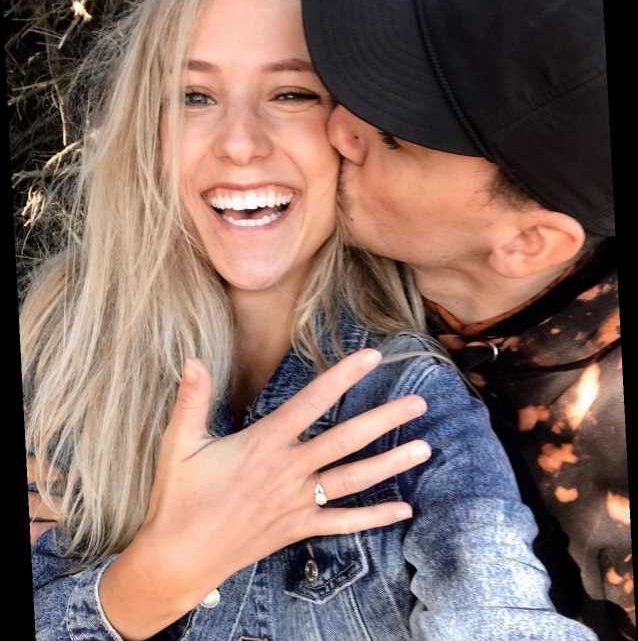 Are You the One? Couple Curtis Hadzicki and Jenni Knapmiller Are Engaged Are You the One? couple Curtis Hadzicki and Jenni Knapmiller are engaged!

Though they weren’t matched with each other, Curtis Hadzicki and Jenni Knapmiller met on the set of Are You the One? during the show’s second season in 2014. They pursued other relationships during their time on the show but connected after the cameras stopped rolling and began dating in 2015.

Both Hadzicki and Knapmiller announced their engagement on their respective social media pages Thursday.

“I didn’t know I could smile this big 🥰” Knapmiller captioned a sweet selfie of Hadzicki kissing her cheek, as well as a photo of her engagement ring.

I’ll spend the rest of my life trying to properly thank you for all that you do. I love you forever.

In the comments of her post, the reality star tagged Are You the One?, writing, “@areuthe1 I guess we owe you guys a shout out for putting us in the same room! 😂😂🤷🏼‍♀️”

According to a post on her Instagram Story, Hadzicki asked Knapmiller to marry him while the pair were exploring the Oregon coast. “He popped the question here!” she wrote atop the photo, circling the picturesque lookout point where they got engaged and tagging the location as Cape Kiwanda Beach.

On his Instagram, Hadzicki posted a photo of the pair sharing a kiss post-engagement. “I’ll spend the rest of my life trying to properly thank you for all that you do,” he wrote. “I love you forever.” Hadzicki and Knapmiller are not the only Are You the One? couple to put a ring on it this year. Clinton Moxam and Uche Nwosu, who appeared on the sixth season of the MTV dating show, announced their engagement in June.

At the time, both shared sweet photos of Moxam's seaside proposal on their respective Instagram accounts.

"So yesterday my dreams came true 😊 I met my Fiancé exactly 3 years ago today & yesterday I asked her to spend the rest of her life with me," Moxam wrote alongside a slideshow of him popping the question to Nwosu. "This was the easiest decision I’ve ever made. Honestly there wasn’t even a decision to be made, I truly believe we were created for one another!⁣"