Home » Armie Hammer Replaced by Miles Teller in ‘The Offer’ 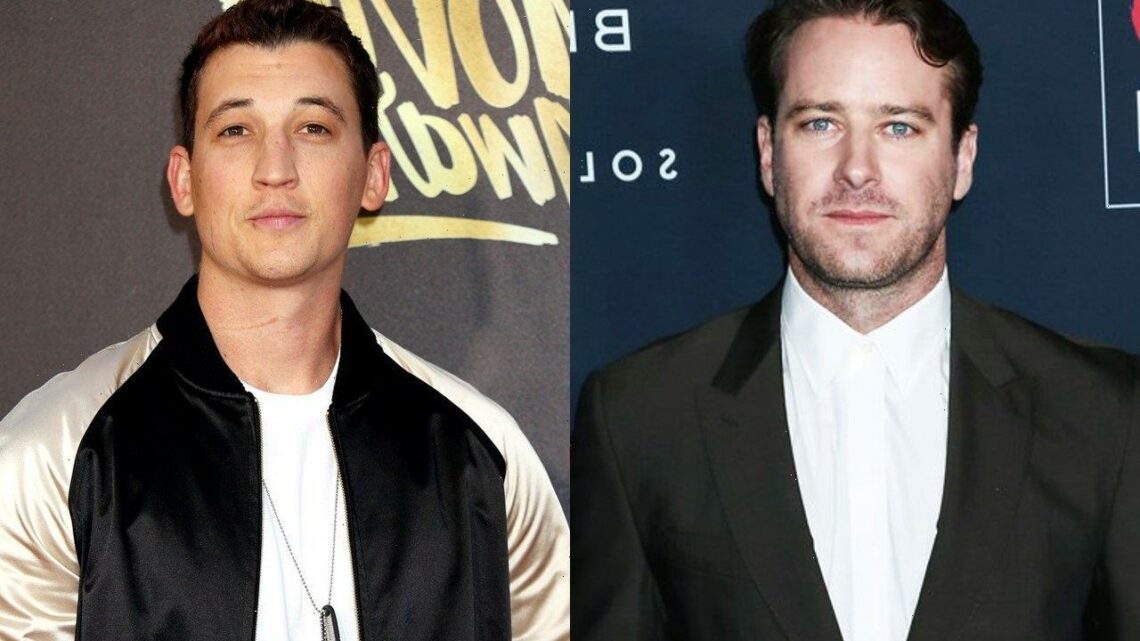 Armie Hammer Replaced by Miles Teller in ‘The Offer’

After the ‘Call Me by Your Name’ star left the upcoming series about the making of ‘The Godfather’ due to sexual assault allegations, the ‘Whiplash’ actor is brought as a replacement.

The project is one of a handful Hammer has stepped away from in the wake of sexual assault allegations, including Jennifer Lopez‘s new film “Shotgun Wedding“.

“The Offer” is based on Ruddy’s experiences while making the 1972 classic with director Francis Coppola and movie heavyweights Marlon Brando, Al Pacino, James Caan, and Robert Duvall.

The 10-episode Paramount+ event series will be directed in part by “Bohemian Rhapsody” and “Rocketman” filmmaker Dexter Fletcher.

Meanwhile, Armie Hammer was replaced by Josh Duhamel in the J.Lo-fronted movie and by Dan Stevens in Julia Roberts and Sean Penn‘s upcoming Watergate drama “Gaslit“.

Most recently, he quit a Broadway production of Tracy Letts‘ “The Minutes“, which was scheduled to hit the New York stage in 2022.

“I have loved every single second of working on The Minutes with the family I made from Steppenwolf (theatre company). But right now I need to focus on myself and my health for the sake of my family. Consequently, I will not be returning to Broadway with the production,” he said.

Despite the damning accusations against him, the production team remained cordial in their statement as they responded to his departure, “Armie remains a valued colleague to all of us who have worked with him onstage and offstage on The Minutes. We wish only the best for him and respect his decision.”