Home » TV and Movies » 'Bachelor': Anna Spreads a Rumor That a New Contestant Is an Escort 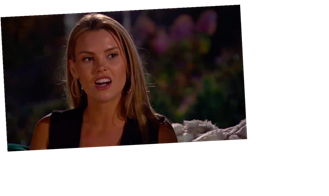 'Bachelor': Anna Spreads a Rumor That a New Contestant Is an Escort

Rumors about a woman’s conduct outside of the show circulated on Monday’s episode of The Bachelor — leading to an uncomfortable confrontation. Five new women joined the group this week, including a 23-year-old model from Chicago named Brittany.

A target was put on Brittany’s back the moment she stepped out of the limo, as she made out with Bachelor Matt James to “make up for lost time” — but another contestant, Anna, found another reason to question her intentions.

On the episode’s first group date, Anna, a 24-year-old copywriter also from Chicago, told “Queen” Victoria that she had been warned about Brittany by friends.

“People have gone out of their way to tell me, ‘Oh my god, watch out for this girl’… that she is entertaining men for money,” Anna said, to which Victoria replied she could see Brittany “playing Matt, if that’s what she’s used to doing with men to get what she wants.”

Then, after not receiving the group date rose (in her mind because her time was interrupted by Brittany), Anna decided to put those “escort” rumors out in the open.

“Brittany, I really want to talk to you. We’re all fighting for the same man, so I just want to make sure your intentions are pure,” Anna said to the group, after Matt had left for the evening. “Coming into this, I was actually getting messages from people in Chicago and them just saying, ‘Watch out for this girl,’ that you’re an escort and all this stuff.”

“Wait, you were telling people in the house that?” Brittany asked, clearly shocked.

“I think that’s an awful thing to say about someone, and I want to apologize, but also want to give you the space if you want to talk about why people were sending warnings about you when I literally have never met you,” Anna replied.

“No, I’m not an escort,” Brittany said, starting to get emotional over the accusation. “It’s just so ridiculous to say that. To have that come out of my mouth… I’ve had a boyfriend my entire like… since I was 16. Making a conclusion about me before you even get to know me, that’s sh**ty. I don’t know. It just makes me — I just feel like everyone’s against me right now. I know you guys don’t care at all, but it’s really hard.”

The group was silent, except for Victoria, who laughed, “OK, then get out of the house!”

“It’s extremely awkward,” another new addition, Ryan, told the camera. “Anna’s intention was to start up stuff because Brittany’s new. And it’s untrue, and it’s disgusting, honestly. Moving forward, Brittany is going to have to carry that with her and defend it. She shouldn’t be put in that situation.”

The women ended the night with awkward glances. “I’m glad we had this chat,” Anna hissed.

In a recent interview with ET, Matt said the new women would “shake things up a lot” — and teased that more of that “escort” allegation will play out during the show.

“I’m excited about getting to the bottom of that,” he said. “Everyone there was very interesting and unique in their own way.”

The Bachelor airs Mondays at 8 p.m. ET/PT on ABC. See more on the show in the video below.