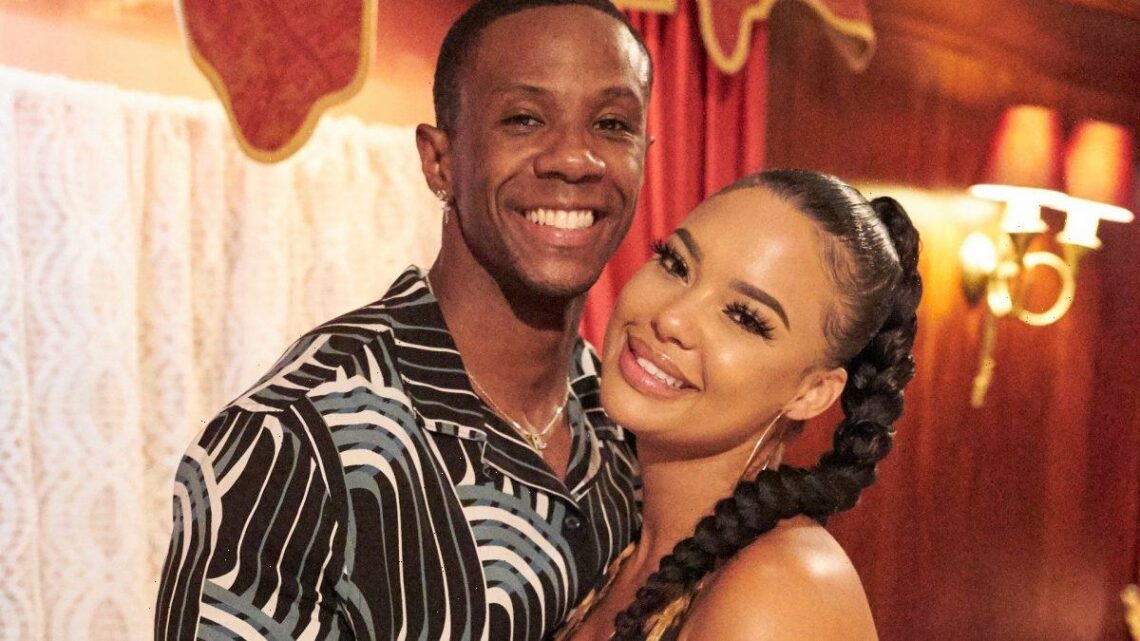 Every season, Bachelor in Paradise sees several couples end the summer with engagements. But those engagements don’t always last. In fact, some couples break up just a few months after their proposals. Last night, three couples got engaged, and all seemed happy to be doing so. But with the low success rate of engagements, people have started wondering if the proposals are genuine or forced.

[This article contains spoilers for Bachelor in Paradise]

On last night’s finale of Bachelor in Paradise, Dean Unglert and Caelynn Miller-Keyes stepped in as hosts. The pair met on season 6 of Bachelor in Paradise. Though they didn’t get engaged at the end of their season, they are still thriving as a couple. On the latest episode of Dean’s Help! I Suck at Dating podcast, he revealed production tried to get him to propose.

“I think I can share this. I don’t see why I wouldn’t be able to,” he said. “When we were down there, the producers…they, like, pulled me aside and they were, like, ‘Hey Dean, you should totally propose to Caelynn on the last day of the show,’ and I was like, ‘Are you serious? You’re telling me this, like, literally the day before we’re supposed to go down and film this episode?’”

Dean and co-host Jared Haibon also spoke about Dale Moss and Clare Crawley, who got engaged only four episodes into The Bachelorette.

“All that to say the producers are not bashful when it comes to trying to encourage people to propose,” Dean said.

Who got engaged on ‘Bachelor in Paradise’?

First to get engaged last night was Kenny Braasch and Mari Pepin.

“At the end of the day, we did go through a lot of real-life relationship stuff, and we were tested like no other couple in Paradise, I think,” Kenny told Mari. “Even with all that being said, I still — I’m shaking, sorry — Mari, I am so f—ing in love with you and literally, like, I can’t see my life without you. You’re such an amazing woman that you changed my whole outlook on life and everything. Everything about you is just incredible. I can’t imagine my life without you.”

Mari happily accepted, and Maurissa Gunn and Riley Christian were up next.

“See, Maurissa, I love you. And I’ve loved you since our very first date,” Riley told her. “I just need to be sure. That said, will you marry me?”

Joe Amabile and Serena Pitt’s engagement went a little differently as Joe’s ex, Kendall Long, appeared on the beach right before the proposal. In their short conversation, Kendall basically gave Joe her blessing to move on. Joe then proceeded to propose to Serena.

Who broke up during the finale?

There were a few quick breakups from couples who barely spent time together like James Bonsall and Anna Redman, Mykenna Dorn and Ed Waisbrot, and Tia Booth and Aaron Clancy. Then, there were harder breakups like Noah Erb and Abigail Heringer, and Thomas Jacobs and Becca Kufrin. However, the latter two couples both got back together after the show ended.

The Voice Dominates Tuesday Primetime, The Bachelor In Paradise Finale Down From Premiere