Home » TV and Movies » Bachelorette Clare Crawley Opens Up About Moving in with Dale Moss and Their Future Plans: 'Babies Are on the Agenda!' 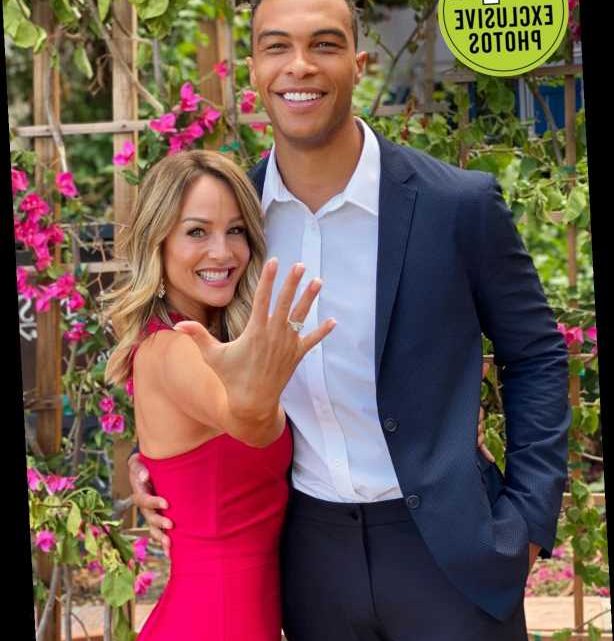 Bachelorette Clare Crawley Opens Up About Moving in with Dale Moss and Their Future Plans: 'Babies Are on the Agenda!'

It's been several months since Clare Crawley and Dale Moss got engaged and left The Bachelorette mid-season, and the couple couldn't be happier about their decision.

"Everything since the show has been reaffirming of why I chose Dale," Crawley, 39, tells PEOPLE. "He's even better off camera, in person, one on one at home. Dale is the yin to my yang. And this is the happiest I've ever been."

Though the couple hasn't moved in together, yet, they're house hunting in Crawley's Sacramento, California, hometown, so that she can be close to her mother, who is living with dementia. "With my mom being sick, it's important for me to be here and Dale understands and respects that," says Crawley. "He told me, wherever we are, that's home. So for now, that's what we'll do."

And Moss and Crawley have learned to shake off the naysayers who criticize the fact that they got engaged after two weeks.

"For me personally, there is no explanation needed," says Moss, 32. "I've never been afraid of commitment. And when I met Clare, I knew I was all in. She lights a fire in me that I was missing for so long." Adds Crawley: "It may be fast for some people, and that's okay. But for us, it's working."

And the former Bachelorette says she wasn't even necessarily looking for an engagement on the show. "Dale could have not proposed and I would still be with him and love him as much as I do now," says Crawley. "We could go to the courthouse tomorrow and get married or it could be next week or next year. There's no rush. But we definitely talk about it all the time."

Also up for discussion? Expanding their family one day soon.

Says Crawley: "Babies are definitely on the agenda!"