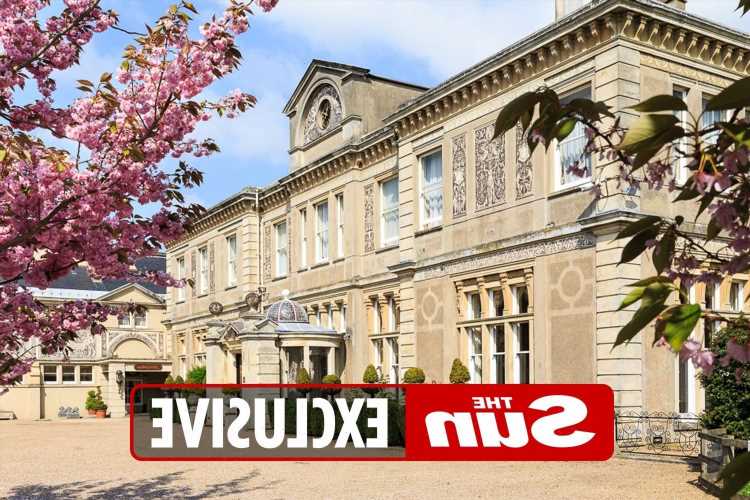 LOCKDOWN restrictions may be lifting, but Great British Bake Off bosses aren’t taking any chances – or sparing any expenses.

The hosts and judges will be isolating in splendour in one of the most luxurious hotels in the country as they get ready for the new series of the Channel 4 show. 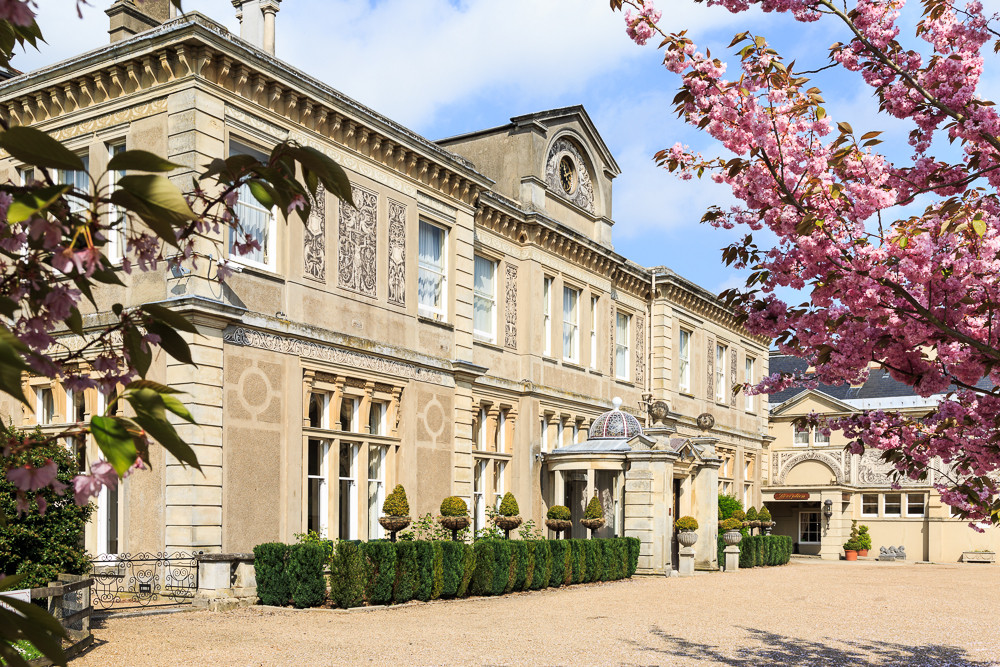 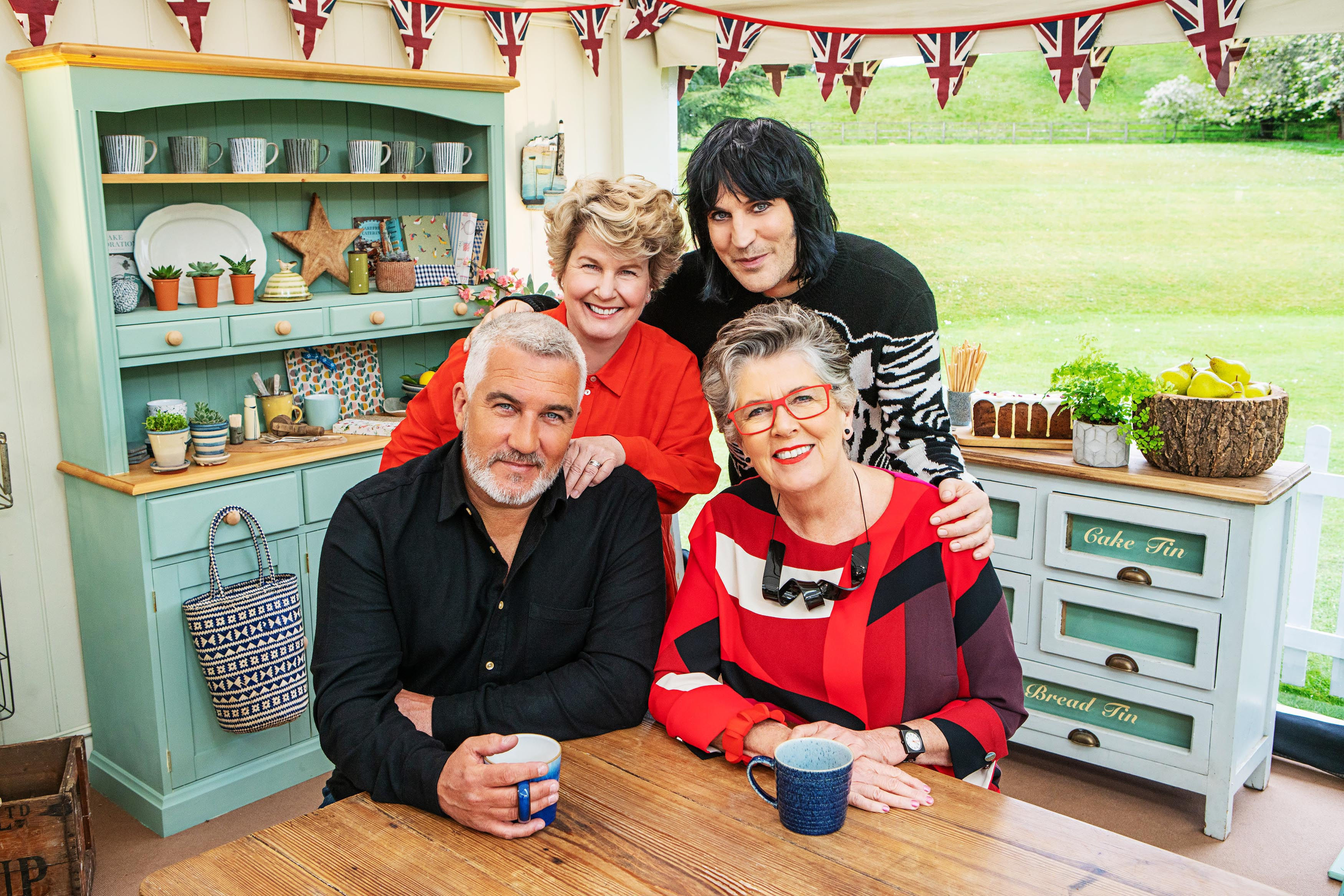 Paul Hollywood, Prue Leith, Noel Fielding and Matt Lucas have all been sent to Down Hall Hotel & Spa in Herts, which boasts grand suites and elegant rooms.

They will be staying until they start filming in July.

A TV insider said: “Although many of the rules and regulations that made filming difficult are now easing, the producers of the show wanted to be extra cautious.

“Lockdown is still set to fully lift next month, but changing events could mean that doesn’t happen, or restrictions that have recently eased could be brought back into force. 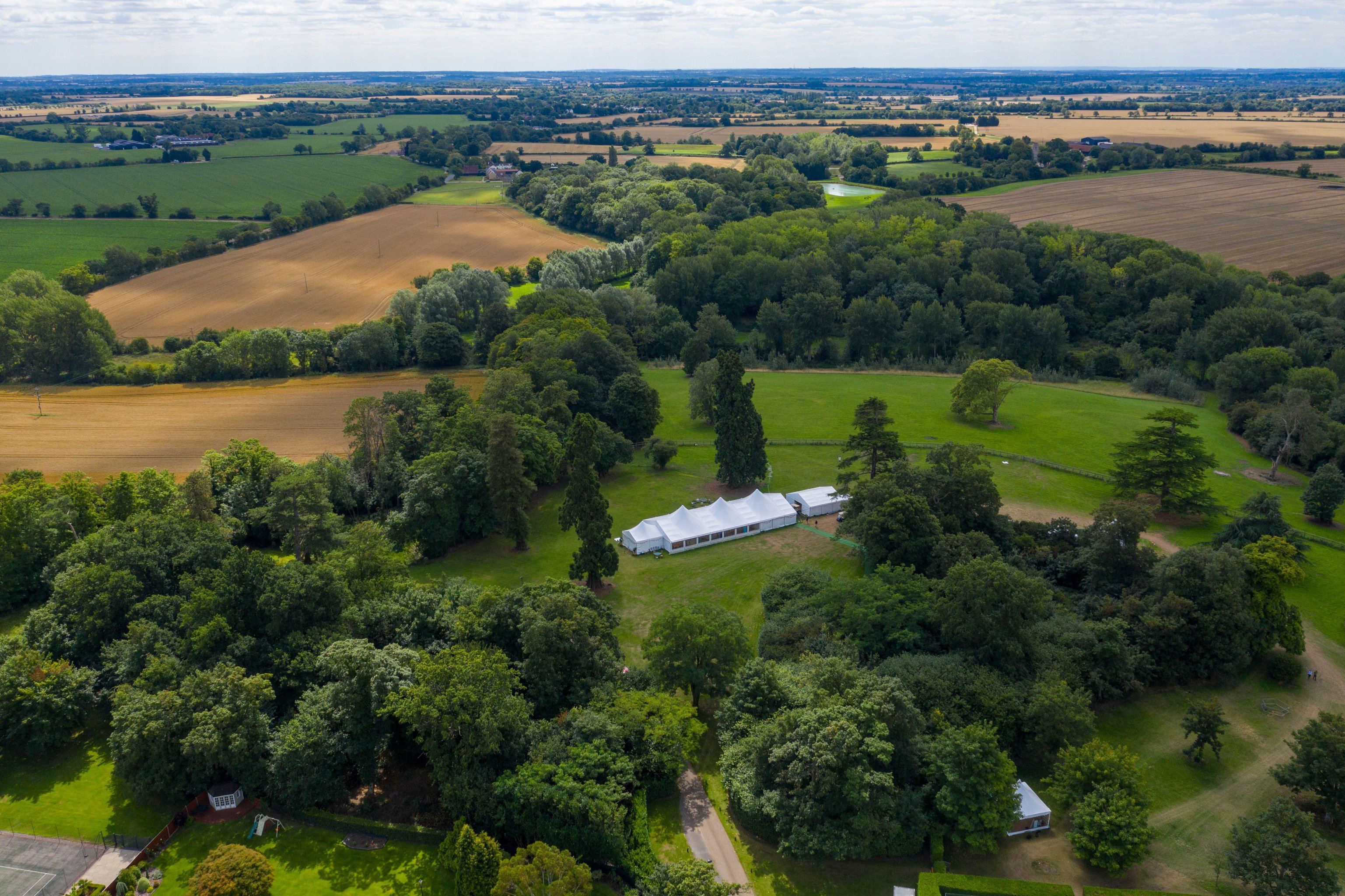 “But this covers them for any eventuality — it also means they’ll enjoy a rather nice retreat too.”

The 98 bedrooms at the hotel are all individually designed, with stunning views across landscaped gardens. The famous tents, where hopefuls bake to impress judges Paul and Prue, are also located in the grounds.

Bake Off managed the impressive feat of pulling off a successful season in the midst of the pandemic last year — and the hosts and judges are raring to go again. 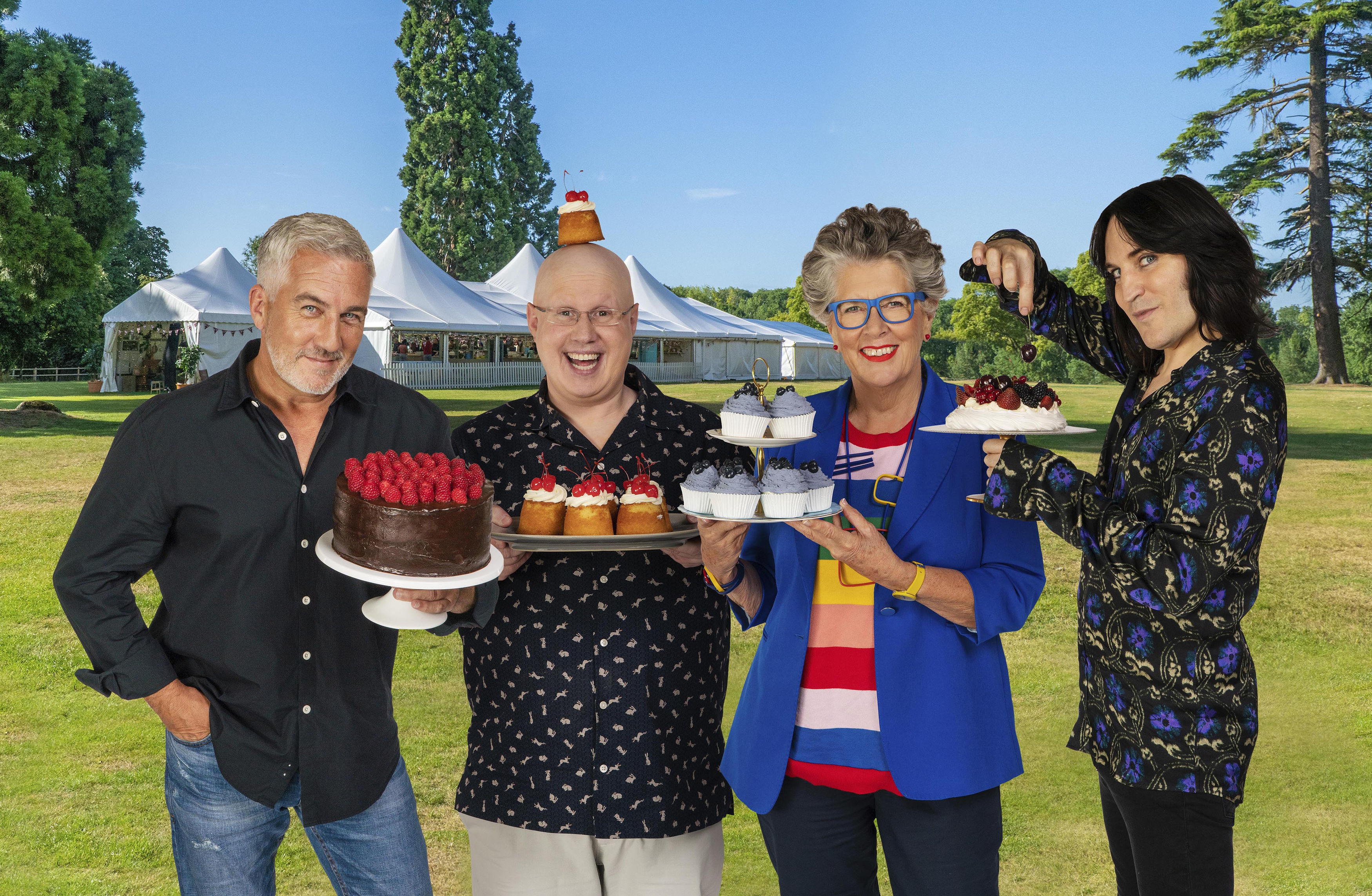 “All self-isolating and getting tested and then we’re going into a Covid-free bubble, so we can all taste each other’s bakes and there can be handshakes and all sorts.”

That’s if they can drag themselves out of the spa long enough to make the show. 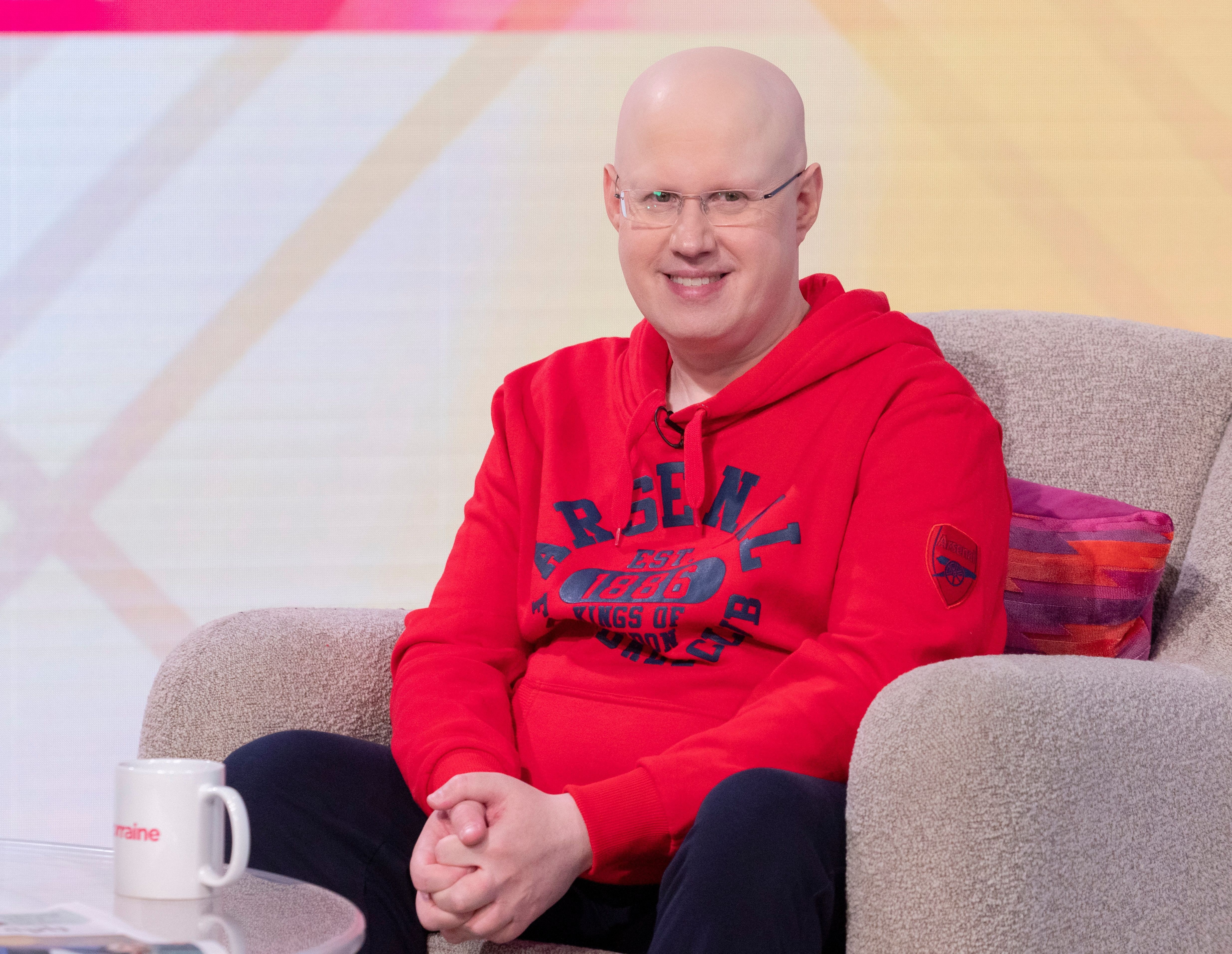 AFTER all the insults thrown at rejects over the years, Britain’s Got Talent judge Simon Cowell has finally got what some might say he deserves – a big pie to the face.

In the trailer for the new series of America’s Got Talent, which starts on June 1, we see fellow judge Howie Mandel plant the whipping cream delicacy square in the music mogul’s boat race. 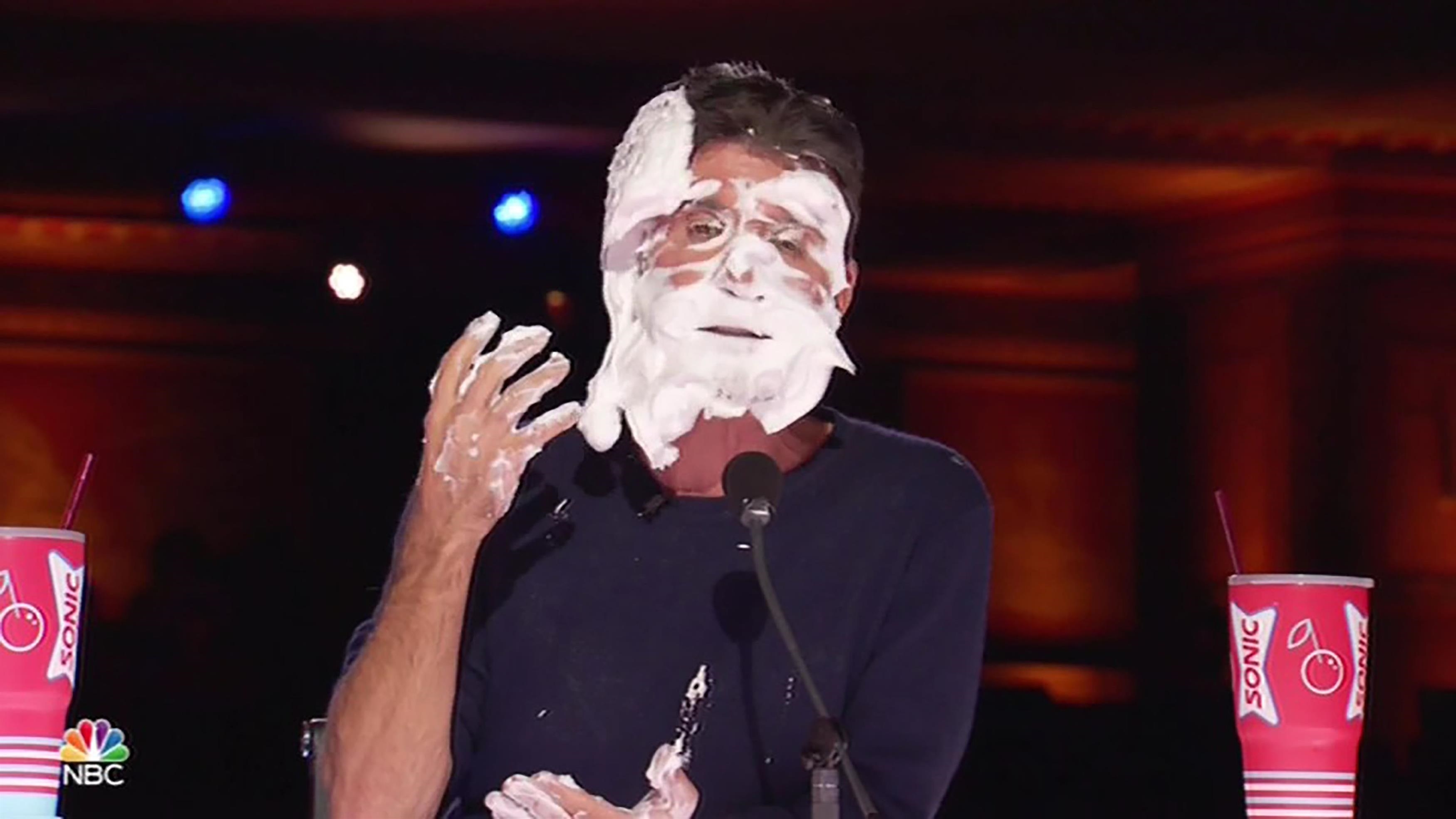 Moments earlier, Howie had suffered the same prank at the hands of judge Heidi Klum. Their colleague Sofia Vergara also got in on the fun.

When Simon set out to uncover the cream of America’s performers, I’m not sure this was what he had in mind . . 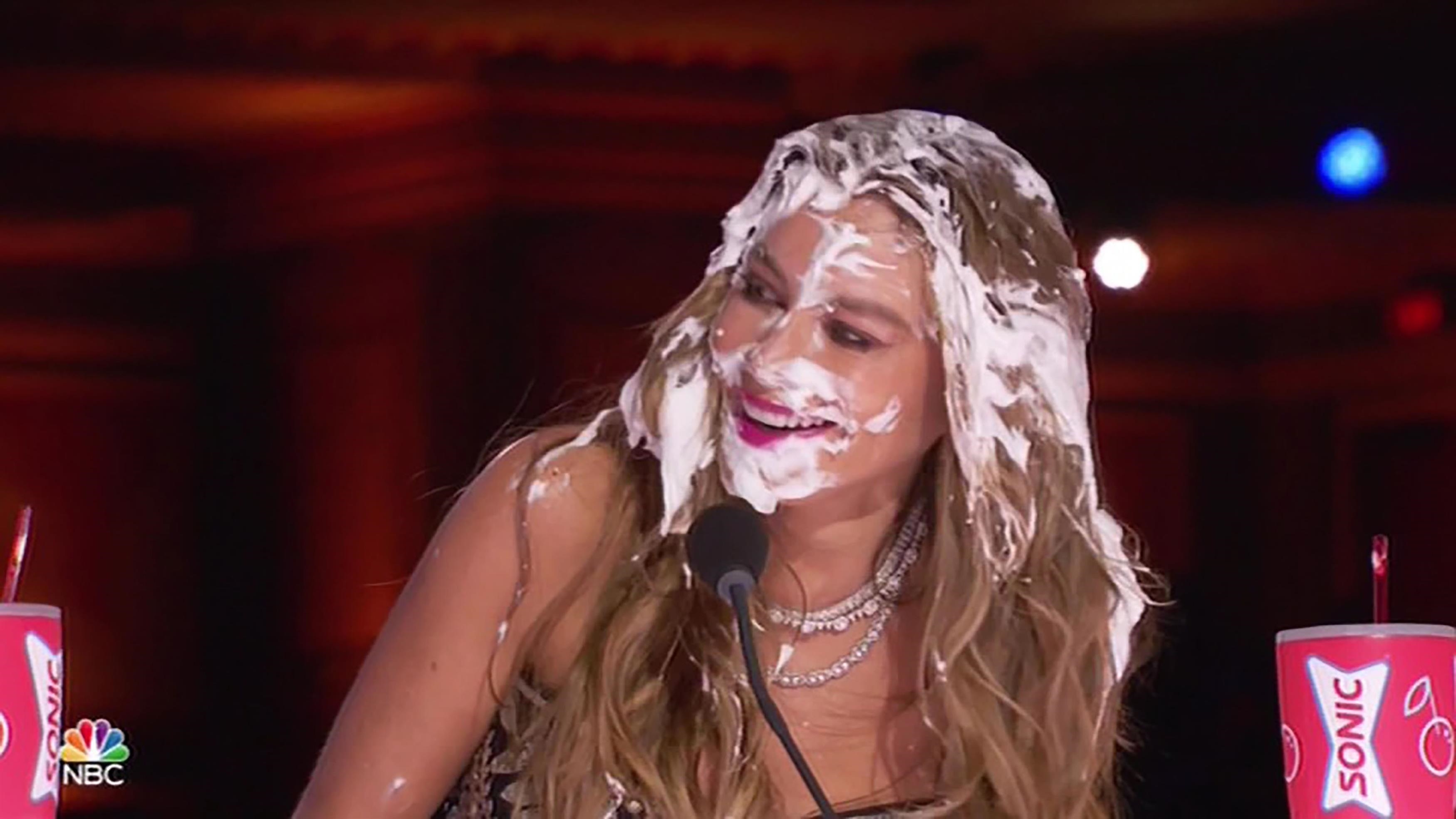 BILL Bailey has offered to be the UK’s act at the Eurovision Song Contest next year.

James failed to score any points at all with his song Embers.

Dermot and Ali on a lol

THIS Morning hosts Alison Hammond and Dermot O'Leary are celebrating six months of bringing “Friday lols” to the ITV show.

The pair replaced Ruth Langsford and Eamonn Holmes as a presenting duo one day a week in January. 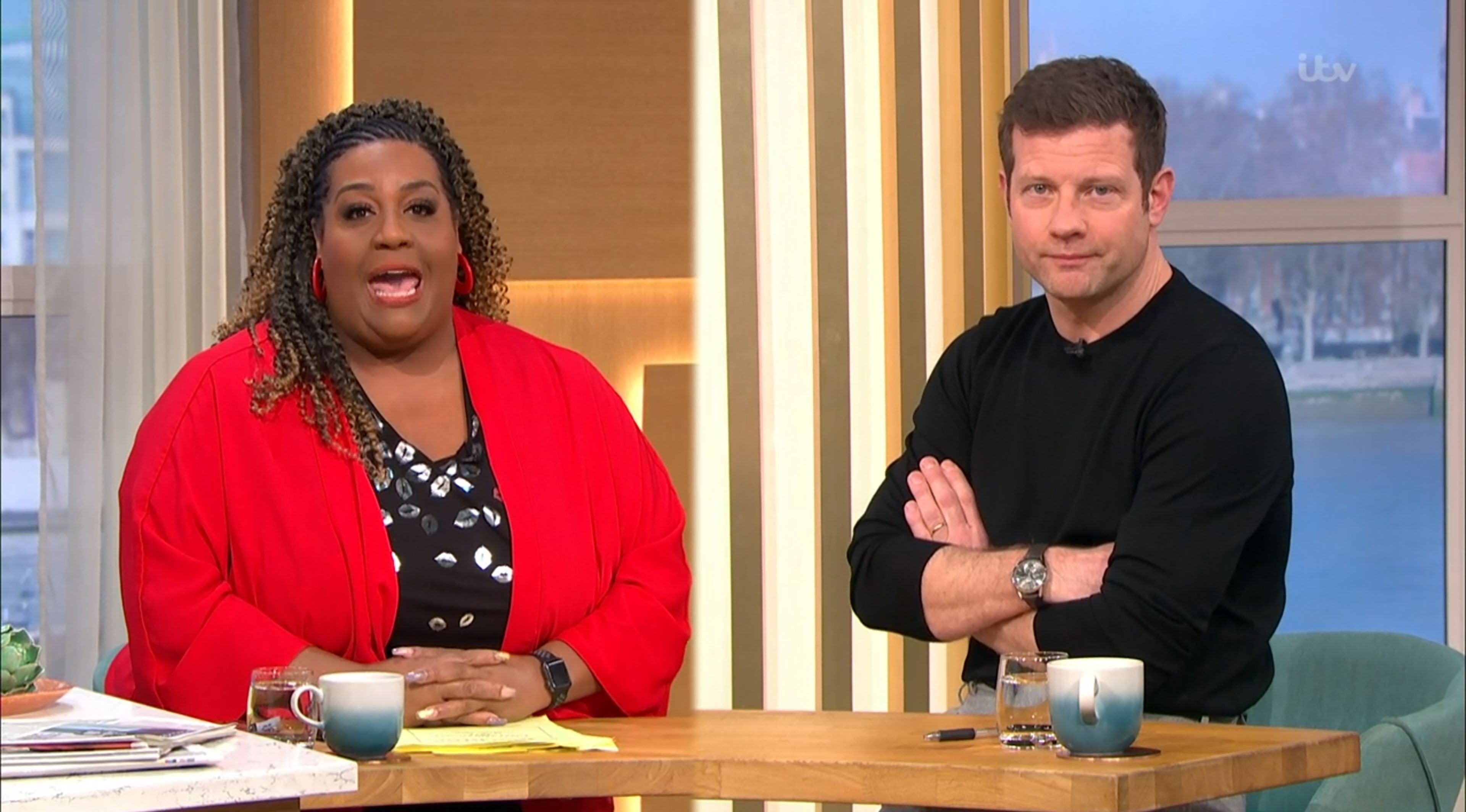 Alison said: “We do have the best time and it is a lot of fun, but it’s also hard work as well.

“We had to take time to find our feet, but now that we know more about each other and how we like to work, that makes it even easier.

“Dermot and I do bring Friday lols! But we can deliver our more serious side too. I think maybe I’m the heart and Dermot is the soul.”

Dermot added: “If you are doing a good show and working hard and you’re enjoying it and feel like you’re doing the items justice and the crew on the floor are enjoying it, then the chances are the show is working.”

AJ and Curtis Pritchard’s Hollyoaks debut was slammed by some viewers over their “wooden acting” – but now the brothers have hit back, calling those making the comments “keyboard warriors or trolls”.

AJ added: “I’ve learned to go for the positives and not the negatives.”

STACEY Dooley stays over with the ‘British Lion King’ in tonight’s episode of her documentary series.

Reece Oliver, who brought a taste of the African savannah to Nottinghamshire when he moved two lions and a puma into his family’s back garden, is the latest extraordinary person to feature in Stacey Dooley Sleeps Over. 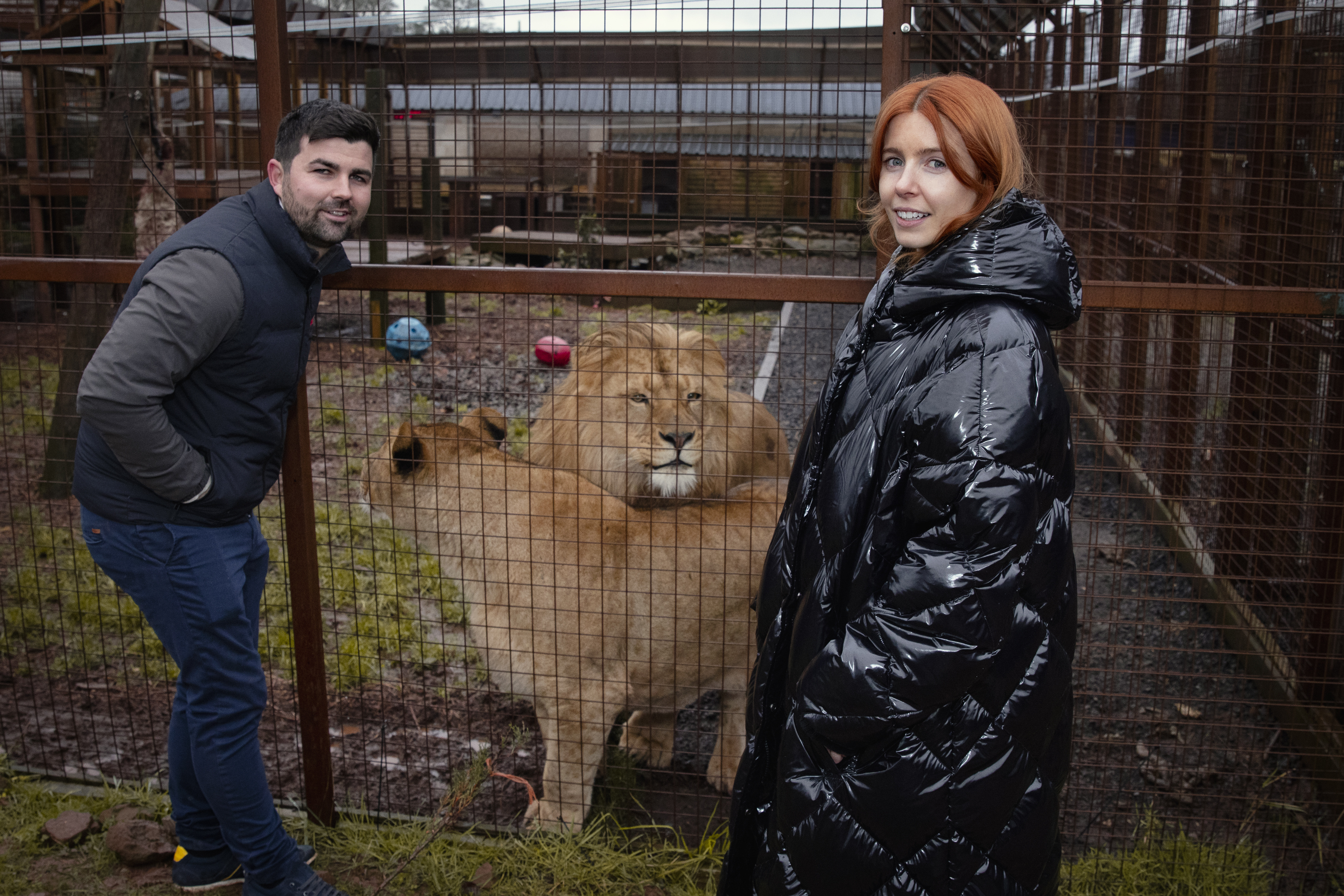 Most people would run a mile away from a lion, particularly if it was in their own backyard.

But when Stacey asked Reece if he is ever worried about having a wild animal living in an enclosure on his land, he replied: “What? It getting out and killing someone?

“You could get hit by a bus, you’ve got more chance. Do you know how much the insurance is for £5 million of cover and damages? It costs £150 a year, that’s how low risk it is.”

Well I for one certainly wouldn’t want to take the risk. Stacey Dooley Sleeps Over is on W at 10pm tonight.

'He's not the Derek we knew'

Derek receives around-the-clock care at home after spending over a year in hospital battling the virus and the complications that followed. 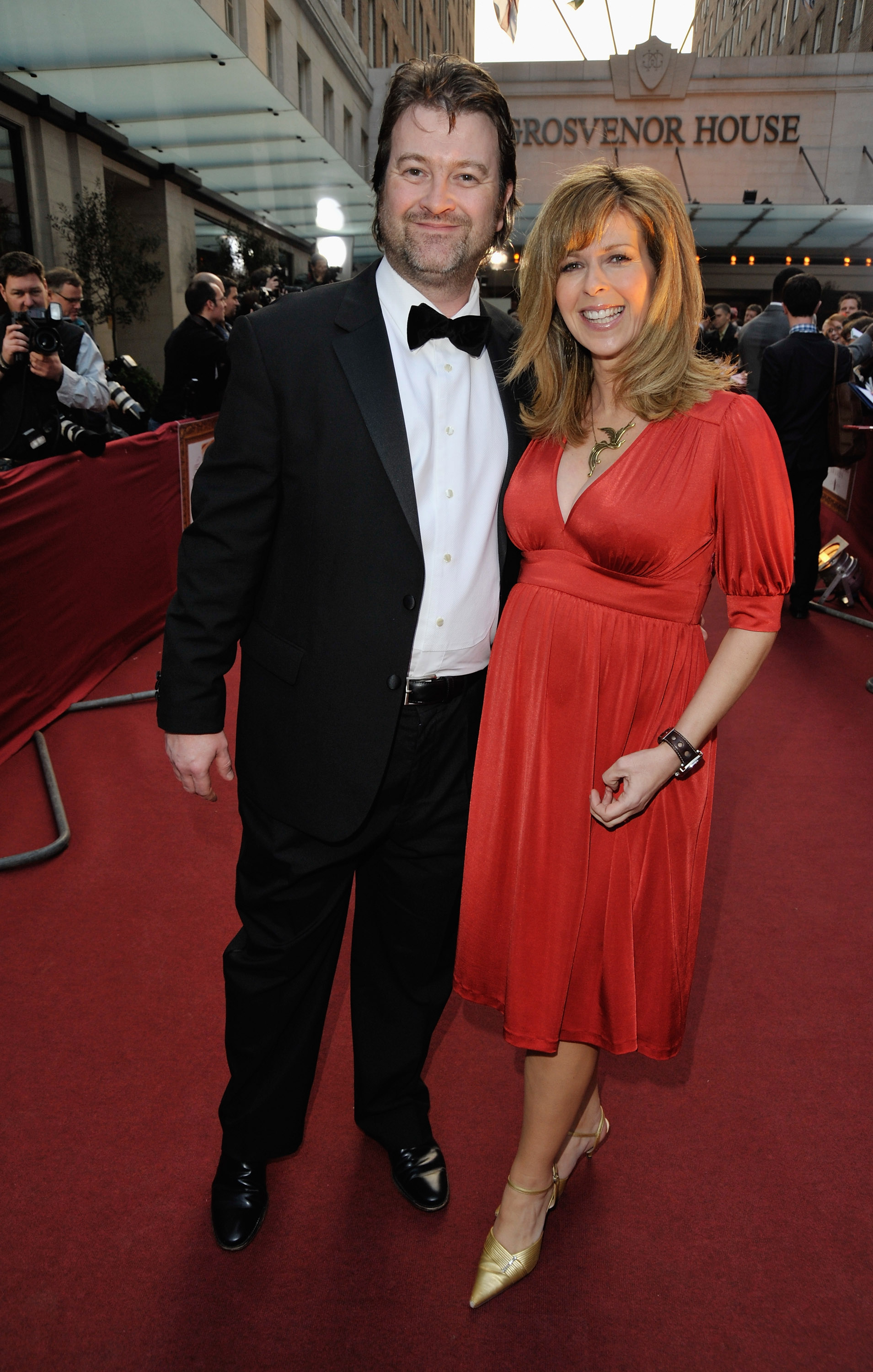 Kate told Andrew Marr on BBC One yesterday: “There are moments when there are ups – in those moments you feel you know he’s in there.

"He has a lot of memory. But the accessing of it is very limited.”

She added: “He’s a long way from the Derek Draper that you know, Andrew, but he’s home and he’s alive and he’s asleep now.”