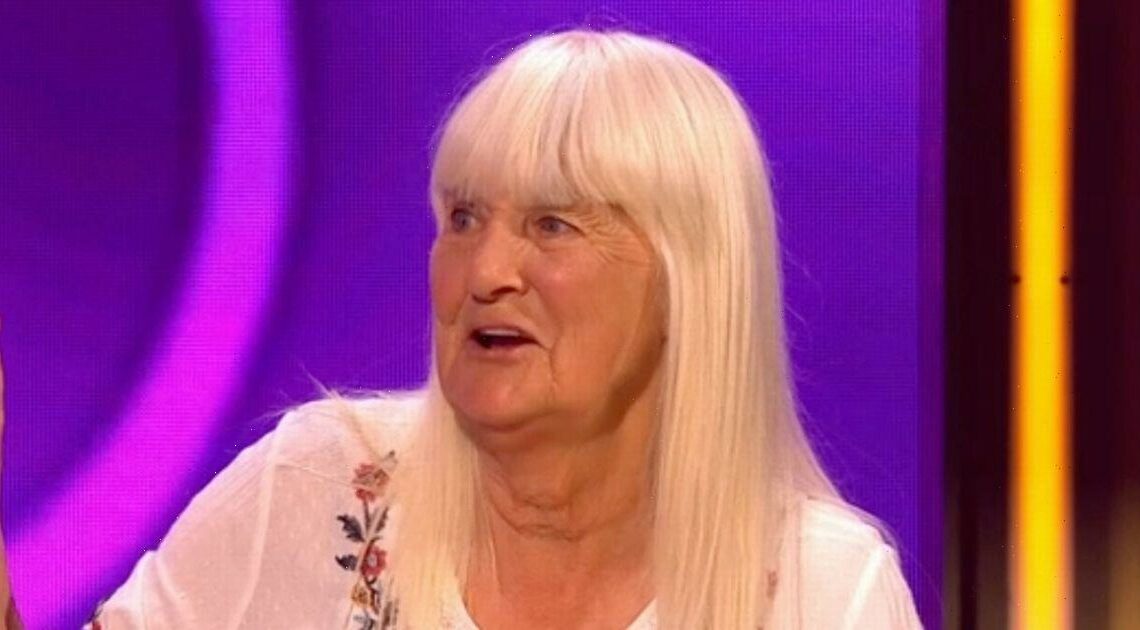 The hit BBC game show Blankety Blank came back onto screens this year to the delight of audiences – however, Bradley Walsh and the other celebs found the highlight of the show to be a surprising age reveal.

Irene, a lollypop lady from Lancashire, was cracking jokes throughout the show and was on top form when guessing the blank clues.

It came as a shock to viewers to learn that Irene was actually 81 years old and has been working as a lollypop lady for almost 53 years.

She immediately won viewers' hearts with her charming smile. She kept the audience laughing as she held her lollypop stick whilst competing on the show.

It was only when comedian Rob Beckett asked if she was going to hold the stick all day that the prop was taken off stage.

After winning her first round against Irish teacher, Tadgh, Bradley invited her up to say well done and join for the super match.

On meeting Irene, host Bradley said: "You look great! Look at you!"

Irene responded: "Not bad for 81," to which the audience and celebrities cheered.

Although Bradley was shocked by Irene's age, he laughed, noting: "Why does everyone clap when someone said their age!?"

Irene quickly quipped back: "Well, still being alive is good 'aint it!"

To the roars of audience laughter, Bradley said, "Well, it helps the show."

Another wrote: "Irene has been a lollipop lady for 53 years. What a hero."

A third social media user added: "Irene if I can be half as good as you in 34 years I'll be delighted."

Irene tried her luck at winning £750 and an outdoor home cinema set. Sadly, her luck ran out, but she did go home with the signature Blankety Blank cheque book and pen.

Although she was a fan-favourite, she didn't manage to beat the show.

Blankety Blank airs on Saturday nights at 9pm on BBC One.