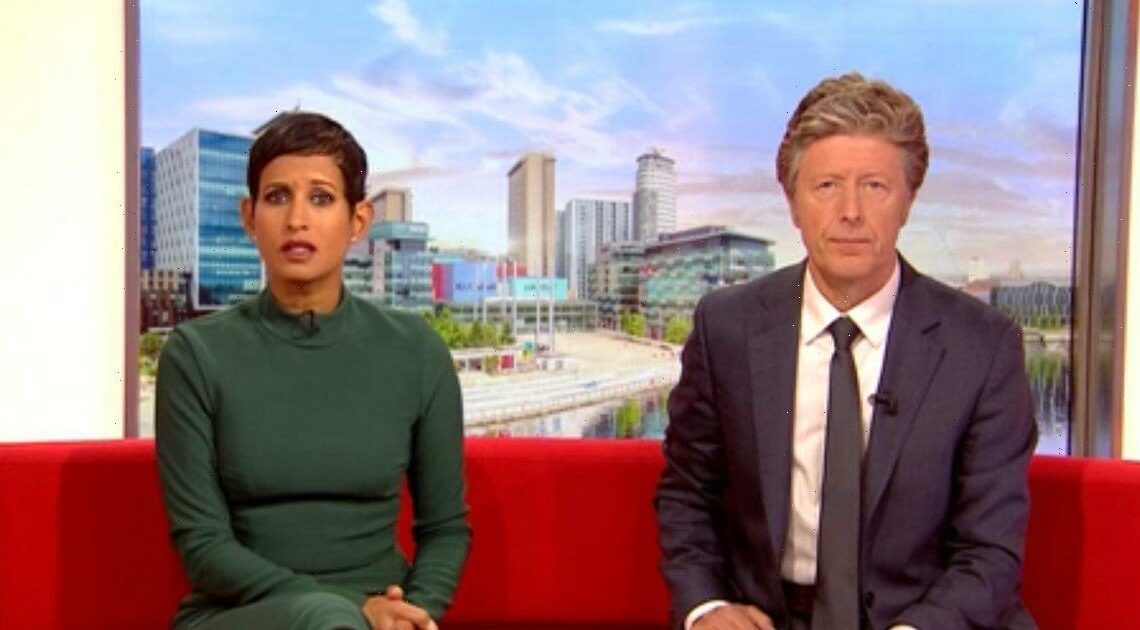 One BBC Breakfast star was left fuming at Naga Munchetty as bosses sent him down London's newest super-sewer.

Business correspondent Ben Boulos was on location this Friday (April 29) to investigate the ongoing work for the new system, which will revolutionise what happens when Brits flush their toilets.

But with Naga and her co-host Charlie Stayt sitting comfortably in the studio – and weatherman Matt Taylor out at a sunny allotment to present the forecast – Ben wasn't happy with his lot.

Naga kicked off the segment by explaining: "Work has started on a new super-sewer beneath the River Thames – it’s going to support London’s sewage network, and the work is getting closer to finishing."

Her co-star Charlie chipped in: "What does it look like? Well, we can find out right now, because Ben is inside the tunnel – what an extraordinary image that is Ben, show us round!"

Though Ben begrudgingly admitted the network is "pretty extraordinary", he added: "You send Matt to an allotment, you send me to a sewer – I’m not sure quite what to make of that!

"But welcome to the Thames Tideway Tunnel. This is an impressive place – one of the biggest underground tunnels anywhere in the world."

Later, Charlie couldn't help but goad him a little more, encouraging Ben to give viewers a sense of perspective by wandering down further into the tunnel system.

He urged: "Ben, it’s an absolutely fascinating image. The perspective is a bit hard to understand here. Are you allowed to walk off into the distance into the tunnel so we can prove it exists? Because it almost looks like it’s not real!"

Ben chuckled: "Well, I tell you what – I’ll start walking and I’ll keep going until they stop me – that’ll give you an idea of the perspective."

He then turned his back to the camera and began to disappear, insisting: "I’m not being rude, Charlie, I wouldn’t normally give you my back, but tell me when you’ve lost sight of me… I'm still walking! I'm not sure you can even hear me right now!"

Which is when things began to get a little bit awkward between Ben and Naga, as she remarked: "Oh my goodness it’s massive – that is what, seven metres wide, isn’t it in diameter?"

Ben cheekily quipped: "I hope you’re talking about the tunnel and not me Naga!"

Naga quickly reassured him: "No, not you Ben!"

BBC Breakfast airs daily from 6am on BBC One.