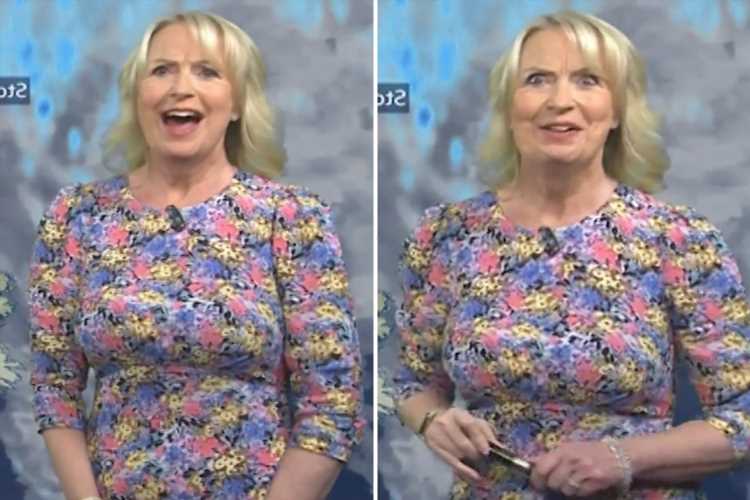 BBC Breakfast presenter Carol Kirkwood was forced to apologise after a "mortifying" name blunder during a weather report.

The morning news programme was being presented by Strictly Come Dancing star Dan Walker and his co-host Nina Warhurst on Tuesday. 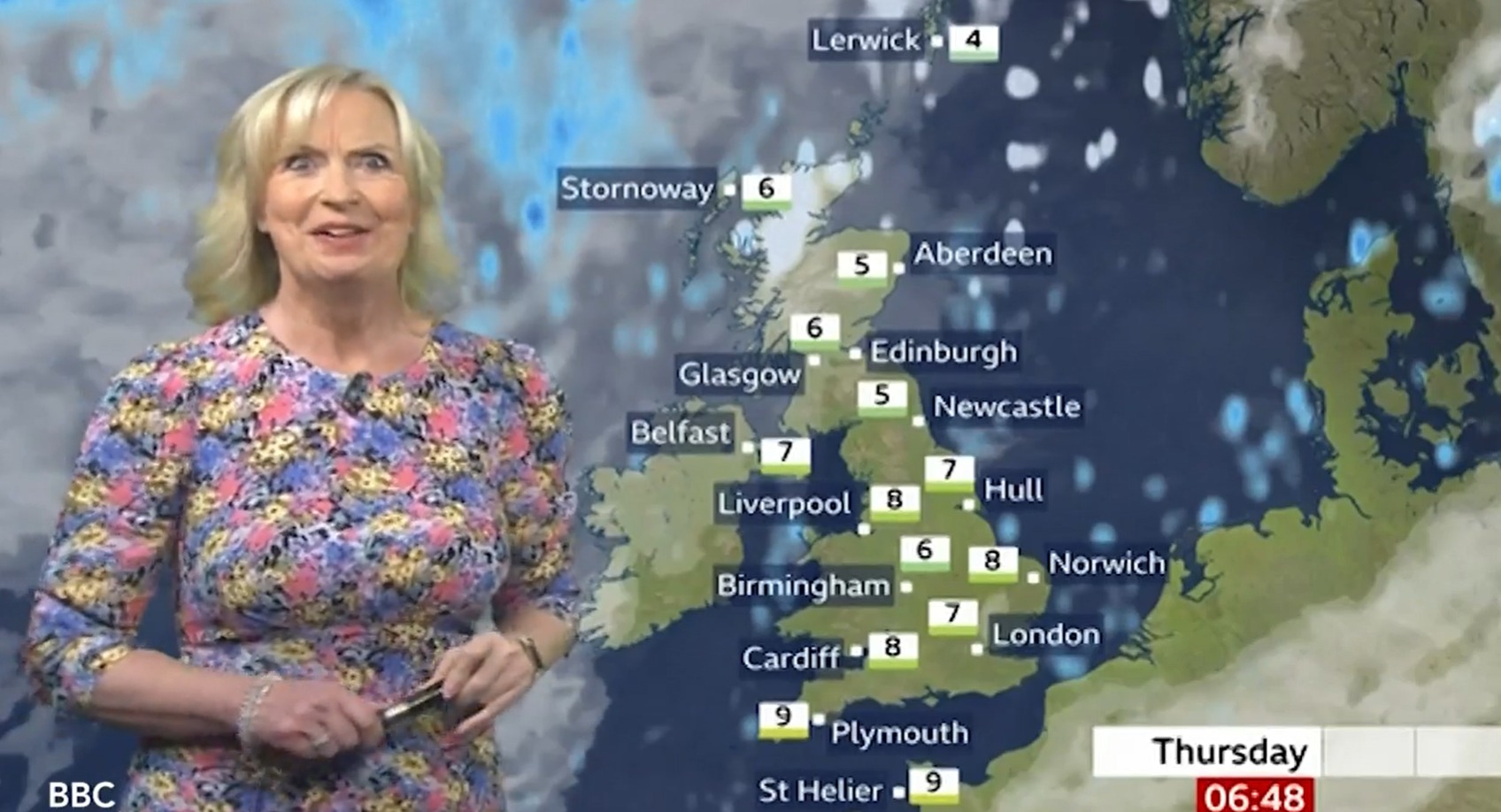 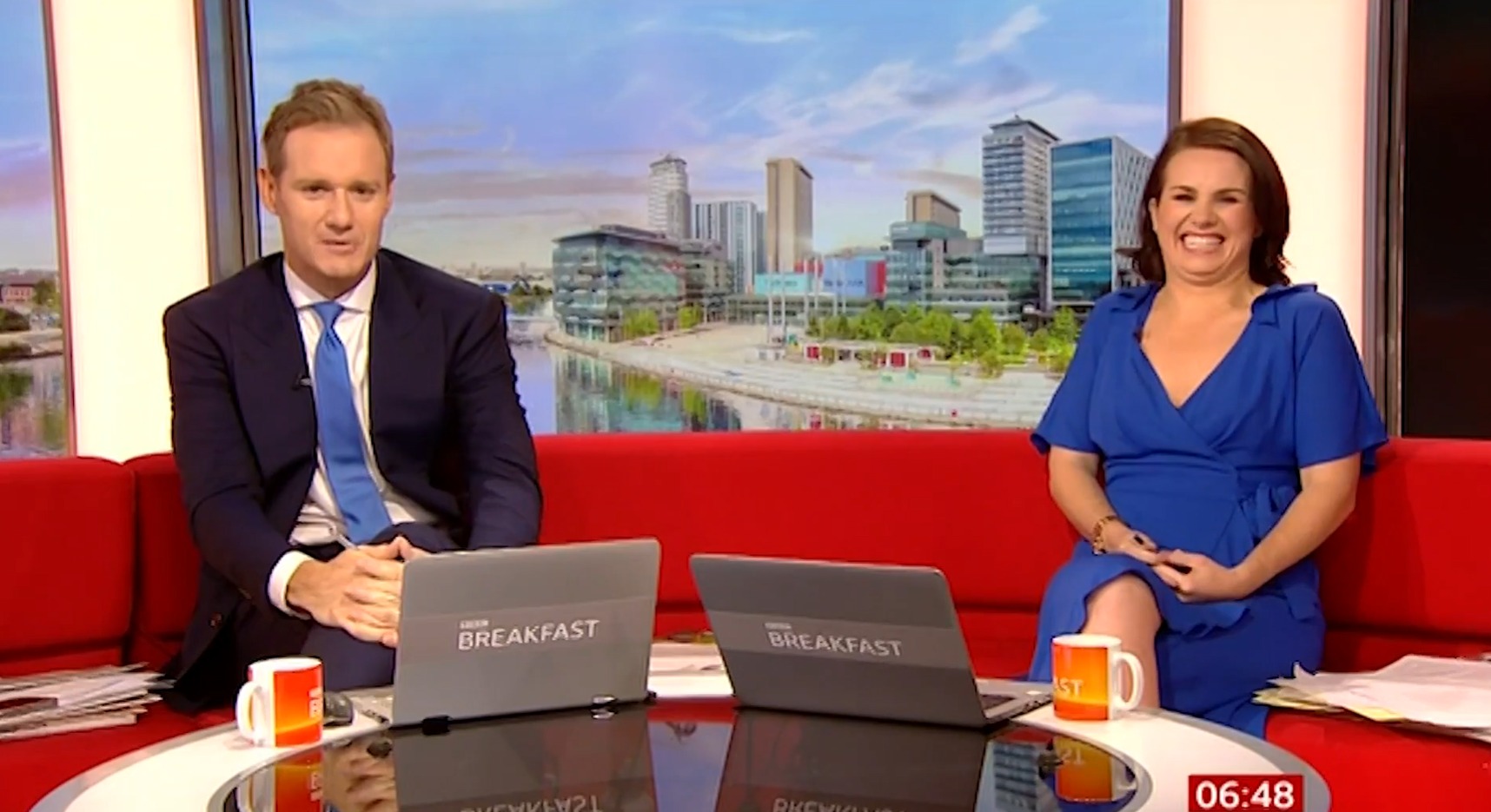 But meteorologist Carol, 59, appeared to forget who was hosting the show as she made a live on-air blunder handing back over to the studio.

The weather woman wrapped up her daily report by summing up the arrival of some very cold weather across the UK before making the mistake.

“So, if you haven’t got your big coat out yet Dan and…” Carol said, before stopping mid sentence and making a long pause.

“Oh, Nina! Couldn’t remember who was on – sorry Nina. Then get it out now,” she quickly went on, blushing as the hosts realised she had forgotten Nina's name.

Dan and Nina burst out laughing as Carol apologised profusely to the star: "Nina! Apologies, I am your biggest fan."

"I won't take it personally," Nina chimed back between giggles as Carol continued: "No, I'm your biggest fan. I can't believe I forgot your name!"

Finding the error hilarious, Dan began to tease Carol: "I thought you were MY biggest fan?" to which she responded: "I'm your biggest fan too!"

Dan eventually came to Carol's defence, and revealed there had been changes to the presenting line-up in recent weeks.

He said: “It’s very difficult Carol because we keep changing presenters all the time because Sally’s off in Leeds today, Nina’s on the sofa today.”

“And aren’t you on some sort of dancing programme?” Nina went on, jokingly referring to Dan's involvement in Strictly Come Dancing.

“Yes, occasionally. I don’t even know what day of the week it is!” Dan laughed.

When Carol returned for a second weather update later on in the programme, Nina reiterated that she had forgiven her for the name blunder.

Nina said: “Let’s check in with Carol for a look at the weather this morning. Hello. You are forgiven by the way Carol."

“Phew, thank you, Nina. I am mortified and gutted at the same time. Apologies for that,” Carol replied before going ahead with her report.

BBC Breakfast airs weekdays at 6am on BBC One 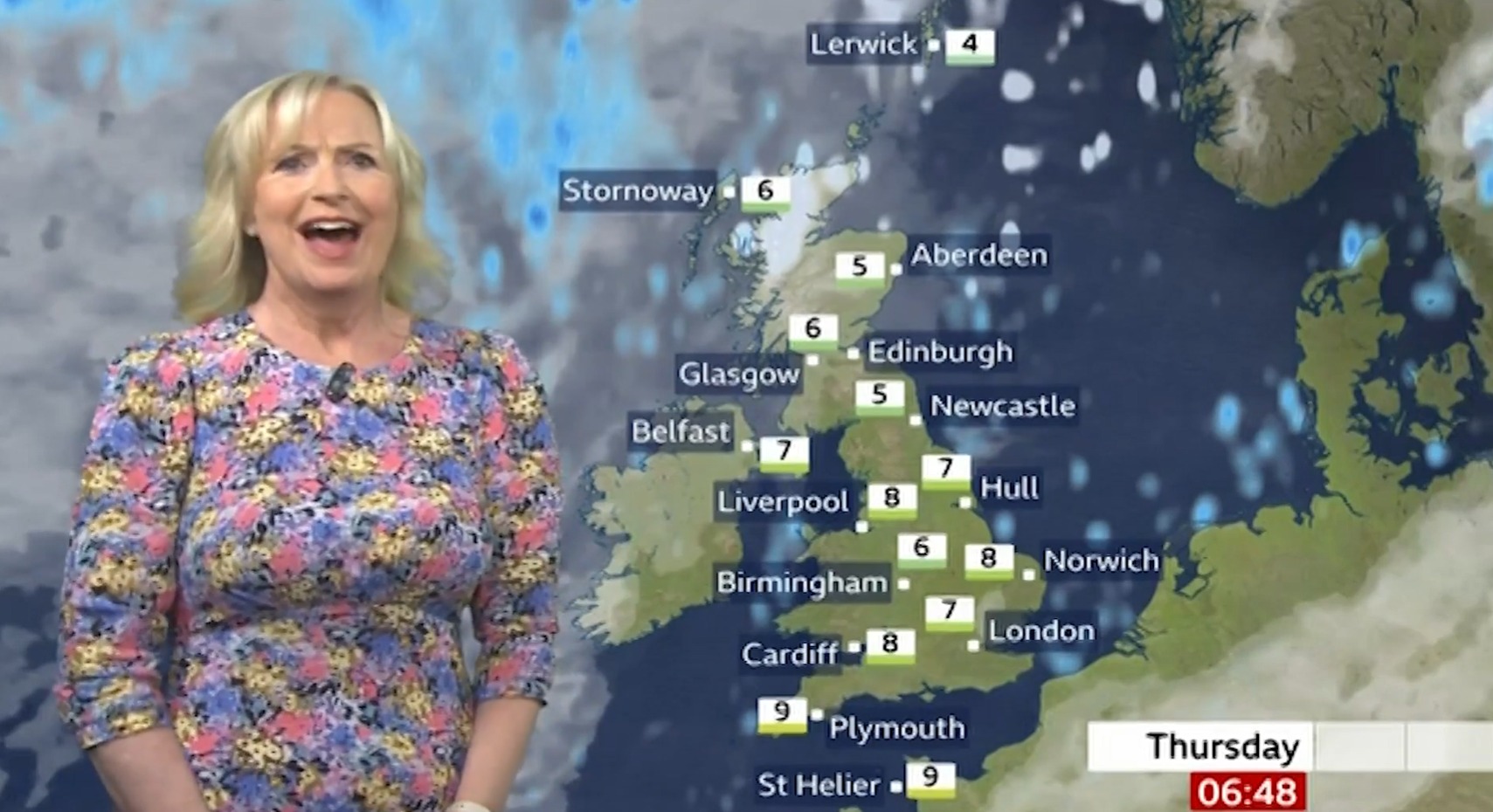