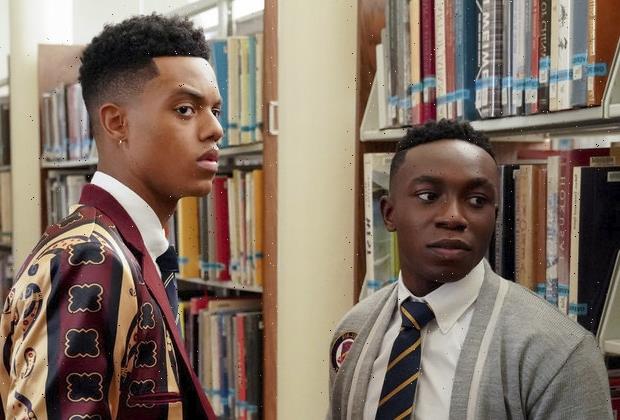 Bel-Air Emerges as Peacock's Most- Streamed Original Series to Date

The new Fresh Prince of Bel-Air has claimed the throne as the most-streamed original series on the nearly two-year-old Peacock service.


Peacock made the announcement on Monday at the NewFronts (aka the Upfronts for new media), while also claiming that its dramedic reboot of the 1990s sitcom has “shattered every Peacock record for new subscribers, usage, and upgrades.”

No specific viewership numbers were touted, other than the fact that Bel-Air, which debuted with three episodes on Super Bowl Sunday, has “reached” eight million accounts to date.

TVLine readers gave Season 1 an average grade of “A”; Season 2 is on track to premiere in 2023.

Inspired by pilot director and executive producer Morgan Cooper’s viral trailer, Bel-Air imagines The Fresh Prince of Bel-Air by way of a new, dramatic take on Will’s complicated journey from the streets of West Philadelphia to the gated mansions of Bel-Air. As these two worlds collide, Will reckons with the power of second chances while navigating the conflicts, emotions, and biases of a world far different from the only one he’s ever known.

“We’re elated at the positive response to Bel-Air and that this passionate audience quickly solidified the series into the cultural zeitgeist,” Susan Rovner, Chairman of Entertainment Content for NBCUniversal Television and Streaming, said in a statement. “Week after week, Bel-Air captivated audiences with buzzy cliffhangers and stunning ensemble performances, led by the unmatched Jabari Banks. We can’t wait for what’s in store for Season 2.”

Want scoop on Bel-Air Season 2, or for any other show? Email InsideLine@tvline.com and your question may be answered via Matt’s Inside Line.