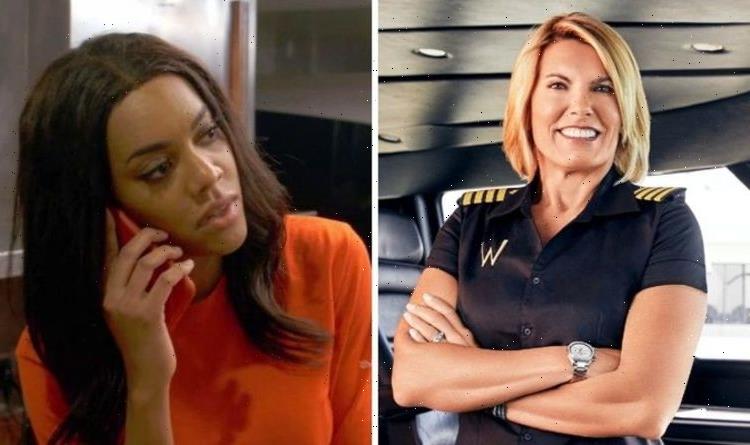 A new episode of Below Deck Mediterranean is airing tonight on Bravo, and Peacock subscribers will get exclusive access to what’s to come next week. However, fans already suspect what will happen by the end of the new season after a contentious crew member was conspicuously absent in Captain Sandy Yawn’s new Twitter post.

Lexi Wilson is nowhere to be seen in Captain Sandy’s teaser for tonight’s episode of Below Deck Mediterranean.

After season six’s hot tub incident and her disrespectful attitude to Chef Matthew, Lexi has become one of fans’ least favourite stewardesses in the show’s history.

Upon seeing the Captain’s new social media update, many viewers are now convinced Lexi will be sent home at some point in the coming weeks.

Her new post reads: “Good Morning! Can’t wait to see what this crew is up to on tomorrow night’s #BelowDeckMed Mondays on @BravoTV.”

Several Below Deck favourites like Katie Flood and Mzi Dempers all appear in the accompanying image.

However, a number of viewers took Lexi’s absence as significant to the rest of the series.

Although the divisive stew has appeared in trailers for the second half of the season, Below Deck fans agree her dismissal has been a long time coming.

When Sandy took to Twitter on Sunday, one of her followers replied: “Uh oh.”

“There is a crew member missing from this shot! Foreshadow of events to come?!!”

Several other followers agreed and started predicting Lexi could either be fired or she could walk off the show in the next few episodes.

Another fan speculated: “Looks like they’re celebrating that Lexi isn’t with them. Unless she’s taking the photo.”

“Please let this mean that there is NO more Lexi,” begged one more.

Lexi has been a disruptive presence on the Lady Michelle throughout the sixth season.

For many, the final straw came when she picked a fight with boatswain Malia White in the hot tub.

Lexi has also butted heads with most of the crew by this point, most prominently fellow stews Katie and Courtney and Chef Matt.

She was also accused of unhygienic and disrespectful behaviour after she was caught snacking on the guests’ food.

Many fans are now hoping Captain Sandy’s new update has all but confirmed Lexi’s disappearance from the rest of the season.

However, as one viewer on Reddit pointed out: “The mid season trailer showed Lexi in quite a few episodes, I bet this is to just throw people off.”

Captain Sandy could simply be stirring up fan theories ahead of the show’s return tonight, so fans will just have to tune in later to find out for themselves.

Below Deck Mediterranean continues Mondays on Bravo. New episodes are available to stream a week early on Peacock.