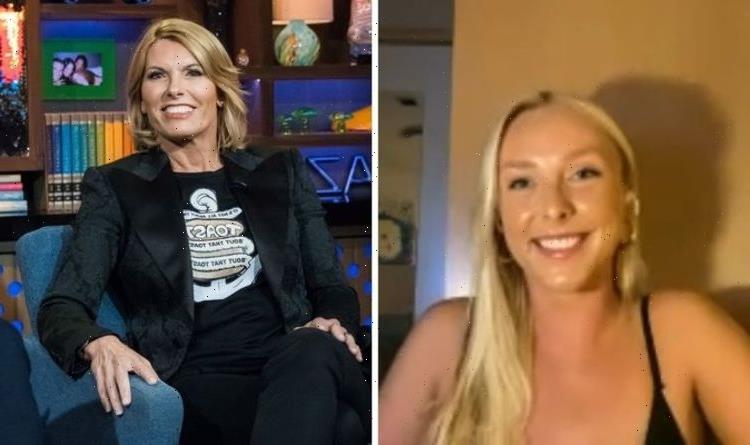 A dramatic look at Below Deck season 9 preview

Below Deck Mediterranean season six has come to a close, bringing to an end another year of drama, sailing mishaps, and onboard conflicts. The fun didn’t end when the charter did though, as the cast came back together to dish on Split, the off-camera holiday for the stars. Yet, they refused to share what actually went down.

Below Deck fans love the show for its continuous, escalating drama, with the series known for memorable moments both on and off-screen.

Now season six of Mediterranean has come to an end, the cast are busy filming season seven in Croatia.

They found some time to go to Split though, coming back together to give fans a little bit of extra information on the sixth season.

This is a holiday for the cast to enjoy after filming on the season wraps, with all the stars having the chance to fully unwind together before filming launches again.

Watch What Happens Live host Andy Cohen pressed the stars of the series to reveal what exactly happened behind closed doors, with Courtney Veale admitting it is something she will never speak of.

Veale said: “A few things definitely happened that will never be spoken of again.”

Lloyd Spencer added: “Only the people that are there are ever gonna know.”

However, it was Katie Flood who closed the book on the issue, saying: “What happens in Split stays in Split.”

Yet, the stars did reveal some things, with Flood adding: “We had, honestly, a good time, we partied a lot and we just enjoyed each other’s company again.”

Cohen asked if any of the stars hooked up during Split, but the cast avoided the subject.

Matthew Shea said he “couldn’t even” remember if anything happened between the stars, moving the subject on, saying: “Malia [White] took us to the best bracelet shop.”

The biggest reveal of the night came when Shea and Veale announced they “saw everyone naked”.

However, this could have simply been a joke, as White added: “I think I missed that night.”

On Reddit, fans have been sharing their own thoughts on what did or didn’t happen during Split.

User m_always jokingly wrote: “What do we think went down in Split? Wrong answers only!”

Hammieblammie replied: “Matt didn’t get drunk on Rose and b*tch about Lexi.”

“Mat’s incessant whining caused Katie to snap and roundhouse him in the throat,” BoogerbeansGrandma added.

Normalize_Simping commented: “Everyone had some good food and some good drinks and had a nice relaxing time.”

Now Below Deck Mediterranean has come to an end, there is only a short wait for more sailing action.

The main series of Below Deck is back for its ninth season, with Captain Lee returning again.

The trailer for the season shows Captain Lee is ill for some of the season, but thankfully will make a return before the series’ end.

Below Deck Mediterranean will return in 2022, with an estimated release date in the summer.

Below Deck season nine premieres October 26 on Bravo and Peacock in the USA. A UK release date is yet to be confirmed.