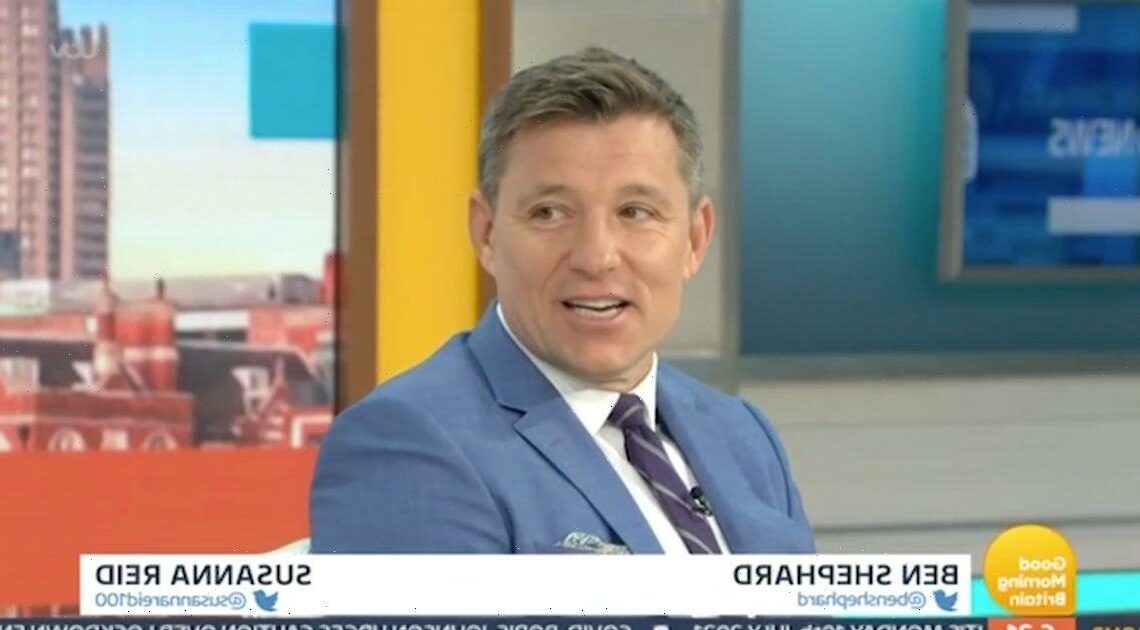 Ben Shephard has made his grand return to Good Morning Britain two weeks after a nasty leg operation.

The TV presenter, 46, reunited with Susanna Reid as he continues to recuperate from a vicious football accident that left him with multiple leg injuries.

He eventually had an operation to fix a torn ACL and meniscus on top of having a fractured leg.

With his leg supported underneath the news desk, Susanna praised Ben for getting back to work despite having to sit in an awkward position.

"Hello stranger – Welcome back!” Susanna beamed to her co-star, before adding: “You look slightly uncomfortable.”

Using a handheld mini-cam, Susanna then showed how Ben was sitting behind the desk – with his leg on a separate chair while looking at the camera.

But Ben remained the professional, and while he did eventually admit it was a bit awkward, he was glad to be back in business.

"I just thought, I've been off for a few weeks, I'm going to start bringing in the changes!” Ben said. “I feel like I should be able to do the show with my feet up!"

The star also joked that the injury was caused by him “trying to pretend he was still 25 years old.”

The accident occurred in June, and Ben had appeared on GMB to explain what happened before taking time off to rehabilitate himself.

Dr Hilary Jones was seen recoiling as he recounted what happened, describing it as a “nasty, nasty injury” as the story was told.

Ben explained: "Interestingly I didn't realise I had done it quite so badly, I carried on playing for 25-minutes before I thought, 'It feels a little bit unstable, perhaps I should stop'.

"It turns out I had severed all the nerves which is why I couldn't feel any pain, and just carried on playing.”

Since his last appearance, stars including Richard Madeley and Adil Ray have hosted alongside Susanna, who still doesn’t have a long-term co-star after the early exit of Piers Morgan in March.