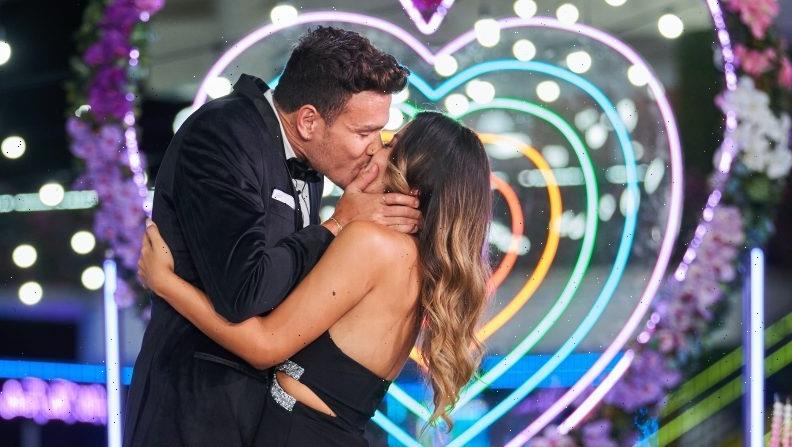 CBS ruled Sunday ratings with the latest episode of Big Brother. The network kicked of its Sunday lineup in the 8-9 p.m. time slot with the Big Brother, which took home a 0.9 rating in the 18-49 demo and aired to 3.71 million viewers, per fast affiliates. The reality series, which returned from the weekend slightly lower from last Thursday (1.0, 4.58M), was the highest-rating program Sunday.

Competing with Big Brother in the same time slot was Celebrity Family Feud on ABC (0.5, 4.20M), which was the most-watched Sunday primetime.

The rest of Fox’s Sunday consisted of other animated titles including Bob’s Burgers and The Great North, which all saw a quiet night. The CW also had a low-performing night with DC’s Legends of Tomorrow (0.1, .38M) – the network’s highest-rated and most-watched title of the evening. 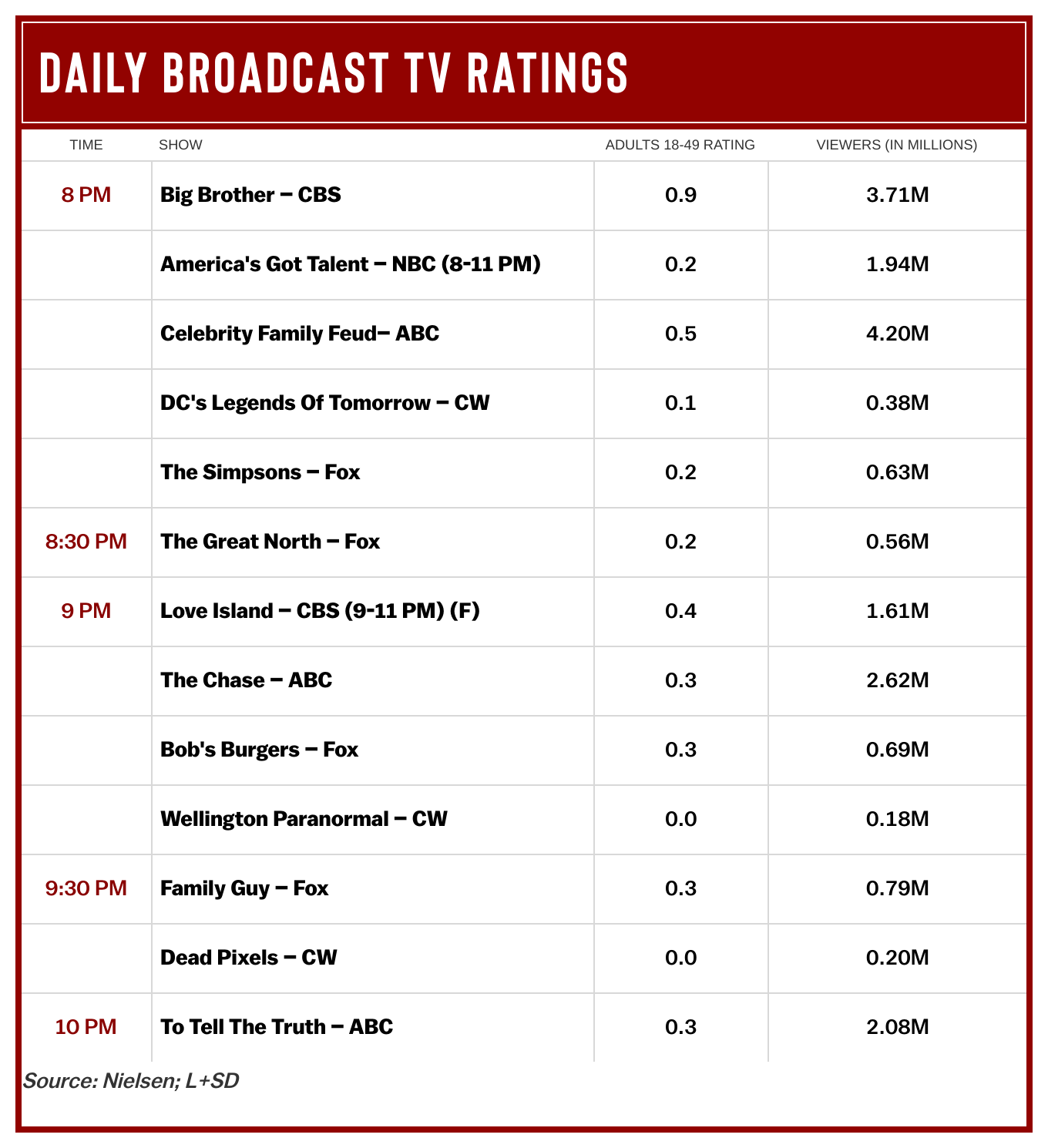 Nile Ranger, 30, admits failing to give breath test for drink-driving