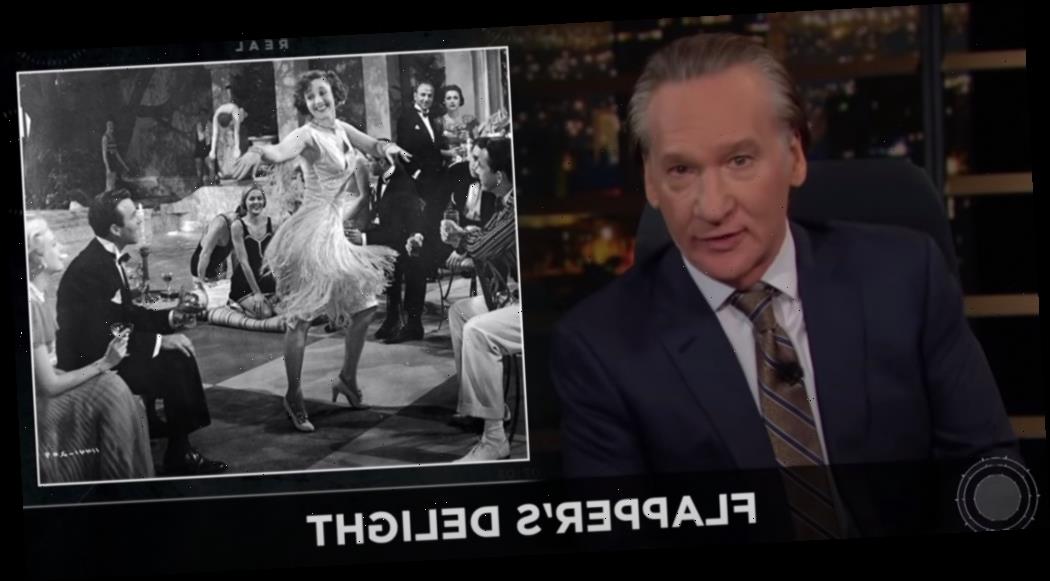 Bill Maher Calls For New Roaring Twenties Without The Prohibition

Bill Maher isn’t the the first to predict a post-pandemic era of partying and celebration, akin to the flapper-dancing Roaring Twenties that followed the 1918 flu epidemic. Only this time, he says, let’s skip the Prohibition and the Depression.

How? Ending the War on Drugs and our big-spending ways.

On Real Time With Bill Maher tonight, the host said the U.S. has an economy “divorced from reality,” with unemployment, bankruptcies and closed businesses co-existing with an especially strong stock market. Spending, he said, is out of control, with “the word billion” now replaced with “trillion.” The U.S. has spent $6 trillion fighting Covid, he said, which is $2 million more than we spent defeating “a murderer’s row of bad guys all over the world” in World War II.

“We’re spending money like it had an expiration date on it,” he said.

To make his point, Maher showed what we paid for, contrasting images from WWII – Nazi troops, the atomic bombs – with the image of a pandemic-isolated man channel-surfing on his couch.

Maher also compared the Prohibition of the 1920s with the modern-day Drug Wars, saying that many of today’s social ills stem from drug policy: refugees flee their countries because of drug cartels, the racial injustice of mass incarceration with prisons populated via disastrous drug laws.

Asked Maher, “This time can we have the big party without having to worry about getting arrested for doing the drugs that keep the party going in the first place?… Let’s get rid of our own Prohibition aka the drug war and go straight to the part where we admit it doesn’t work.”

Watch the segment above.

Coronation Street's Bill Roache, 88, reveals secret Covid battle forced him to be written out of soap to recover