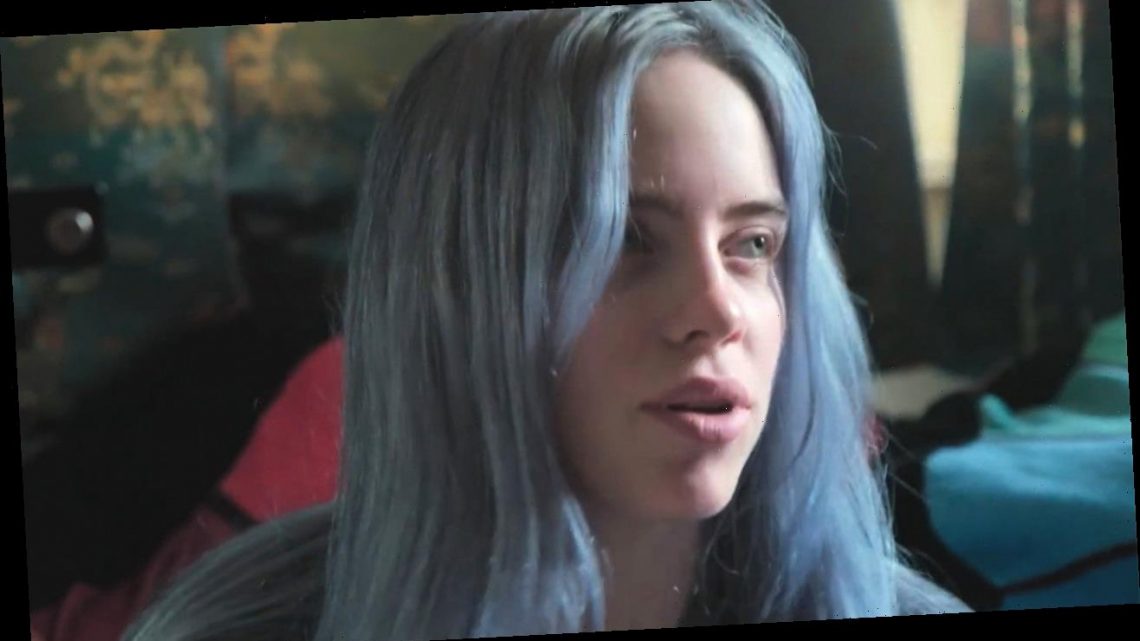 Billie Eilish is giving fans a look at her real life. The celebrated songstress is taking viewers inside her home and her family in an emotional documentary, Billie Eilish: The World’s A Little Blurry.

The second trailer for the Apple TV+ documentary dropped on Tuesday, and revealed more of what fans can expect to see from the powerful and revealing film that examines the young singer-songwriter’s meteoric rise to fame.

From recording her debut album in her childhood bedroom with her record producer brother, Finneas, to the impact she has on her devoted fans, director R. J. Cutler is looking at the ways in which the 19-year-old artist has channeled her own pain and fear into a catalyst for healing and acceptance through her art.

“I look into the crowd and I see every single person in there is going through something,” Eilish shares in the new trailer. “I have the same problem. I was like, ‘Why don’t I turn this into art instead of just living with it?'”

Blending home movie footage, concert performances and interviews with Eilish’s family — including her supportive parents — the movie looks like it aims to be more than a typical look at a musician’s career, but rather a look at their impact.

As Eilish shares in a moment captured while addressing her crowd of fans during one of her live performances, “You guys need to be OK because y’all are the reason I’m OK.”

Billie Eilish: The World’s A Little Blurry premieres on Apple TV+ on Feb. 2.