Home » TV and Movies » ‘Black Widow,’ Britney Spears, and When Families Fail to Protect Their Most Vulnerable

‘Black Widow,’ Britney Spears, and When Families Fail to Protect Their Most Vulnerable

The Marvel Cinematic Universe has always attempted — often, with mixed results — to be at the forefront of talks on diversity, but the MCU’s latest feature, Cate Shortland’s prequel “Black Widow,” sets an unexpected new mark for prescient, timely human drama. Like many people, I’ve been left angry and at times demoralized by the way women are treated in this country. Being a disabled woman adds an additional layer, which has only intensified in the wake of recent claims from pop icon Britney Spears’ that allege abuse and control at the hands of those overseeing her conservatorship, including her own father. Shortland’s film unintentionally illustrates why Spears’ case affects all women and especially disabled women.

As the film opens, its audience is lulled into a false sense of security. We see a young Natasha Romanoff (Ever Anderson) and her sister Yelena (Violet McGraw) playing in and around their home in suburban Ohio. They prepare for dinner alongside their mother (Rachel Weisz) and wait for their father (David Harbour) to come home to join them. But their seeming domestic bliss is thrown into upheaval when their dad arrives, only to tell them they’re going on a long-promised grand adventure, right now.

Over the course of the film, we learn the family is entirely made up, with Harbour’s Alexei and Weisz’s Melina serving as Russian operatives who secretly infiltrated the U.S. government. Natasha and Yelena were unrelated children, taken from their families and placed in this faux family as a means of cover.

Movies and television have often focused on the ways people have been controlled by various government entities, especially women. From 1953 to 1967, children were routinely experimented on with mind-altering substances under the Project MKUltra programs with claims that young girls were being trained to be sexually alluring female assassins, fertile inspiration for “Black Widow.” With the rise of the #FreeBritney movement over the last few years, questions of control over women’s minds and bodies is moving away from Big Brother and toward the people that claim to love us the most: our family. In June, Spears gave harrowing testimony to conservatorship judge, Brenda Penney, detailing what her life has been like for the last 13 years where her every move is controlled by her father, James Spears, and various other handlers.

In “Black Widow,” Natasha (mistakenly) believes she has broken her own shackles by killing Dreykov (Ray Winstone), the man who ran the infamous Red Room program where she and the other Widows were trained to be assassins, including being forcibly sterilized. The realization, unspooled early in “Black Widow,” that she actually didn’t end him causes her to go on a quest to destroy the program once and for all, though she still grapples with the guilt that she left her quasi-sister Yelena (Florence Pugh) in the program when she defected.

There’s a heavy emphasis on guilt and complicity within “Black Widow” that hearkens back to Spears’ claims that her family did nothing to help her over the last 13 years. Once the audience understands the dynamic between Natasha, Yelena, and their “parents” — that they were a manufactured family who’d only been together for three years — the opening dinner scene takes on an enhanced cynicism.

Their mother was not a nurturer, but a scientist who can only respond with a quiet “I’m sorry” when the realization that a return to Russia means the girls will end up back in Dreykov’s program. The distinct lack of support for women by women is only further hammered home through Natasha’s realization that Dreykov’s daughter, Antonia (Olga Kurylenko), who she presumed died as collateral damage in the bombing that she once thought killed Dreykov, is also still alive, and is kept quite literally under her father’s control.

This lack of support is mimicked within Spears’ world as well. In Ronan Farrow and Jia Tolentino’s recent New Yorker deep dive into Spear’s conservatorship, numerous women appeared to have failed her for their own purposes, including her own mother. Like Melina’s quiet “I’m sorry,” Farrow and Tolentino illustrate Lynne Spears as someone who openly admits “I’m good at deflecting” when things go wrong. 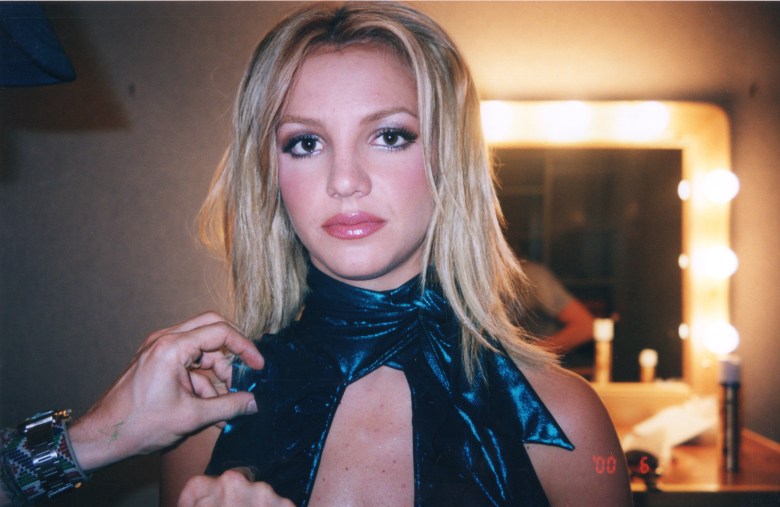 But as with Melina, who is proven to be more cunning and in control of things than is presumed, Lynne Spears is similarly shown to be duplicitous. According to family friend Jacqueline Butcher, she was unknowingly tricked into talking to Jamie Spears’ attorney, acting as an independent observer to Britney’s alleged instability, because Lynne Spears “said her throat hurt and that she was too fatigued to provide details.”

For “Black Widow,” it’s men and their perceived entitlement to own and control their daughters that is society’s biggest failing. Dreykov is the intersection between the patriarchy and government control. He sees himself as the puppetmaster (or pimp, depending on your view) of a resource he believes there’s “too much of”: young women. But for Natasha and Yelena, that failing trickles down to their own faux-father, Alexei, who — despite a rousing paternalistic speech about them being strong that comes early in the film — still handed them to Dreykov without a second thought.

Antonia’s role as a puppet, controlled by her father alongside all the Widows, feels like the closest element connecting the movie to Spears. The singer has said she is forced to work and tour, and when she refused, she claims to have been forcibly institutionalized. The Widows, like Spears, aren’t allowed to rebel. Their only goal is to complete their mission and work until they are deemed no longer useful to Dreykov. As Melina shows through her experimentation work with pigs, Dreykov could easily tell the Widows to stop breathing and they would. They lack autonomy; it’s hard not to see that Spears is in the same boat.

By her own admission, everything about Spears’ life over the last decade has been a farce, meant to make the world to believe she’s happy in order to get some small modicum of freedom from her family. Her carefully curated Instagram only offers fleeting glimpses into her life, much of which Spears said she didn’t have any say in.

During her testimony, Spears said that she hoped by saying she was happy, she might believe it herself. At one point in “Black Widow,” Natasha and Melina look at family photographs of staged Christmases and birthdays, all snapped in advance. Natasha said she knew the Christmas gifts were empty boxes, but still wanted to open every one in the hopes that it would feel real. Natasha and Yelena are driven by the desire to let go of their past, but so many of their choices have already removed, that it’s hard to see what the future can really hold for them. In one scene, the pair discuss having children. Yelena is content to just get a dog. Natasha doesn’t answer the question, but in “Avengers: Age of Ultron,” she referred to herself as a monster with regards to her inability to bear children, a term criticized by women who saw the movie at the time.

Spears herself also sees her reproductive freedoms curtailed under her conservatorship. Spears said in her testimony that “I have an [IUD] inside of myself right now so I don’t get pregnant. I wanted to take the IUD out so I could start trying to have another baby. But this so-called team won’t let me go to the doctor to take it out because they don’t want me to have any more children.”

In between “Black Widow” and Britney Spears lies a gulf of women, both able-bodied and disabled, who are seeing their stories writ large. With Spears as a real-life example and “Black Widow” tackling the same topics via fiction, there suddenly feels a greater sense of community and understanding about being exposed.

At the same time, it’s a bittersweet victory, considering Spears remains under the same stifling conservatorship (for now), while Marvel still has a long way to go when it comes to promoting true equity and inclusion, both in front of and behind the camera. For now, both of these pop culture queens provide a way forward, pushing for a future when vulnerability is no longer something to manipulate, on screen and off.

“Black Widow” is now in theaters and streaming on Disney+ via its Premier Access banner. 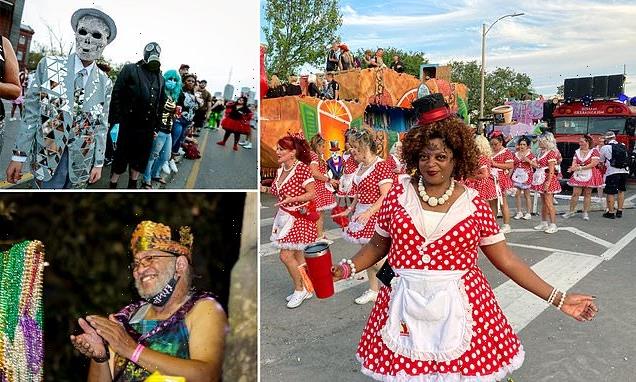