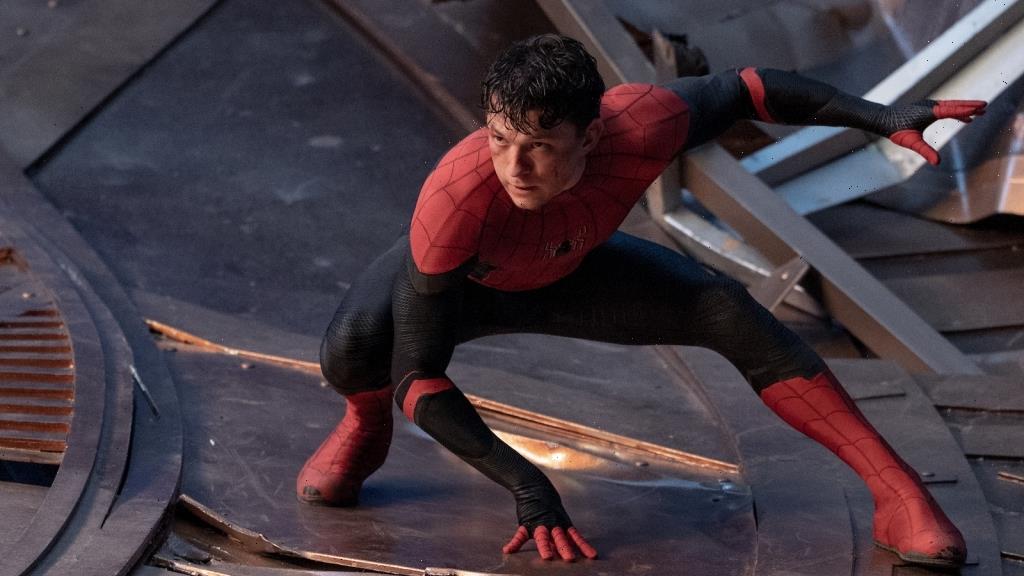 It was easily the best domestic opening weekend turnout of any movie in pandemic times. Prior to this weekend, no other COVID-era film had been able to cross even $100 million in a single weekend. Previously, the biggest debut belonged to Sony’s comic book sequel “Venom: Let There Be Carnage,” which generated $90 million in its initial release. And after only three days in cinemas, “No Way Home” already the highest-grossing film of this year (and last).

Overseas, the latest Spidey outing has collected $334.2 million from 60 international markets for a global tally of $587.2 million. It ranks as the third-biggest worldwide opening weekend ever.

Sony, which distributed the 27th entry in the Marvel Cinematic Universe, is already popping champagne.

“This weekend’s historic ‘Spider-Man: No Way Home’ results, from all over the world and in the face of many challenges, reaffirm the unmatched cultural impact that exclusive theatrical films can have when they are made and marketed with vision and resolve,” says Tom Rothman, Sony Pictures Motion Picture Group chairman and CEO.

Tom Holland’s newest web-slinging “Spider-Man” adventure, which teases a tantalizing team-up of superheroes and villains from Peter Parker’s past, isn’t just crushing COVID-era box office records. The film is experiencing the kind of demand that hasn’t been witnessed in theaters since Disney’s every-hero-but-the-kitchen-sink mashup “Avengers: Endgame,” which collected a historic $357 million in its 2018 debut. “No Way Home” isn’t quite reaching those (basically unattainable) heights, but the movie has been a formidable force, zooming past opening weekend tickets sales for box office behemoths like 2017’s “Star Wars: The Last Jedi” ($220 million), 2015’s “Jurassic World” ($208 million), 2012’s “The Avengers” ($207 million) and 2018’s “Black Panther” ($202 million). It ranks behind “Avengers: Endgame,” 2017’s “Avengers: Infinity War” ($257 million debut) to land the third-best opening weekend in history. Counting “No Way Home,” only eight films have ever crossed $200 million in ticket sales in a single weekend.

“This is an incredible opening and a timely reminder of what the big screen still means to mainstream moviegoers,” says David A. Gross, who runs the movie consulting firm Franchise Entertainment Research. “Most big series struggle to maintain their success this late in their run […] ‘Spider-Man’ is exploding.”

Holland is the third actor to portray Marvel’s friendly neighborhood Spider-Man after Tobey Maguire and Andrew Garfield. Jon Watts, who oversaw the two other Holland-led movies, returned to direct. The cast includes Zendaya as MJ, Benedict Cumberbatch as Doctor Strange and Marisa Tomei as Aunt May, as well as Alfred Molina (Doc Ock), Willem Dafoe (Green Goblin), Jamie Fox (Electro), Thomas Haden Church (Sandman) and Rhys Ifans (The Lizard). As a superhero crossover event for the ages, “No Way Home” sold more tickets on Friday than 2017’s “Homecoming ($117 million debut) and 2019’s “Far From Home” ($92 million debut) did in their respective opening weekends. Prior to this weekend, Macguire’s “Spider-Man 3” in 2007 stood as the biggest Spider-Man opening weekend in history with $151 million (not adjusted for inflation).

Surpassing that milestone would be noteworthy in normal times, but it is “particularly impressive given the constraints of a marketplace still very much impacted by COVID related news and concerns,” says Paul Dergarabedian, a senior media analyst with Comscore.

For better or worse, “Spider-Man” landed on the big screen in the nick of time. The film’s remarkable box office revenues coincide with the rapid spread of the Omicron variant of COVID-19, which is already leading to restaurant, concert and live-theater closures in New York City. Yesterday, “Saturday Night Live” scrapped its last show of the year and sent home its audience and musical guest, citing “an abundance of caution.” If cases continue to surge, it could make some audience members apprehensive about going to the movies. So far, any fears over developing variants haven’t made a dent on “Spider-Man: No Way Home.” Unless moviegoing confidence takes a sudden nosedive, box office analysts expect the spectacularly reviewed Holland-led film to play and play… and play in theaters well into the new year.

Box office experts believe there’s one reason why “Spider-Man: No Way Home” is turbo-charging the box office: superheroes sell. In other words, the comic book adventure’s performance doesn’t reverse fortunes for the beleaguered movie theater business. Rather, industry insiders believe it punctuates the reality that multiplexes have been — and will continue to be — more reliant than ever on big-budget spectacles, particularly of the superhero variety.

“The weekend is sensational, but until COVID recedes and is considered something like the flu, the business is not out of the woods,” Gross says.

Case in point: Guillermo del Toro’s star-studded crime thriller “Nightmare Alley,” which launched in fifth place to a muted $2.83 million from 2,145 theaters. It’s a rough start for a movie that reportedly carries a $60 million price tag, the most money that Searchlight Pictures, the studio behind “Nightmare Alley,” has ever spent on a film. Despite positive reviews, the movie’s target demographic of adult audiences have been reluctant to return to the movies. By contrast, young men — the key market for comic book and science-fiction tentpoles — have been fueling attendance for pandemic-era hits like “A Quiet Place Part II,” “F9: The Fast Saga,” “Shang-Chi and the Legend of the Ten Rings” and “No Time to Die.”

With movie theaters devoting nearly every auditorium to “Spider-Man: No Way Home,” this weekend’s other offerings had to settle for scraps. In a distant second place, Disney’s animated musical fable “Encanto” nabbed $6 million from 3,525 venues. After four weeks on the big screen, the movie has generated $81 million in North America.

Disney also secured the No. 3 spot with Steven Spielberg’s “West Side Story” adaptation, which collected $3.4 million over the weekend. The big-budget remake suffered a huge 68% drop from its $10 million debut, pushing domestic revenues to $17.9 million.

Sony’s “Ghostbusters: Afterlife” landed in fourth place with $3.3 million from 3,282 North American locations. To date, the science-fiction comedy sequel has made a solid $117 million at the domestic box office.