Home » TV and Movies » Box Office: Spider-Man: No Way Home Eyes Huge $100 Million in Second Weekend as Sing 2 and Matrix 4 Battle for No. 2 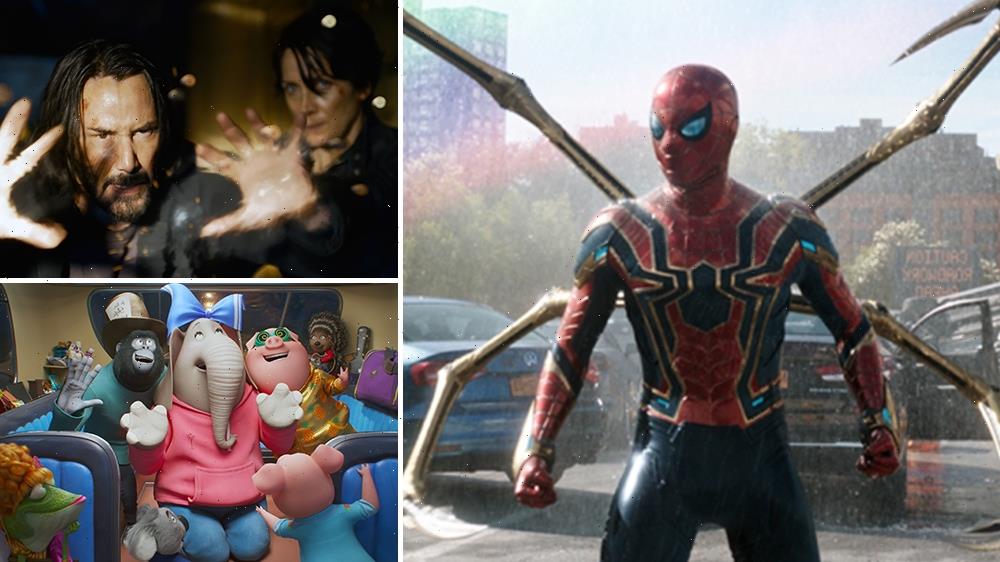 Box Office: Spider-Man: No Way Home Eyes Huge $100 Million in Second Weekend as Sing 2 and Matrix 4 Battle for No. 2

The grand finale in Sony’s Tom Holland-led superhero trilogy added another $19.6 million on Friday, putting the film on pace to earn $92 million to $100 million over the traditional weekend. Those are huge box office receipts at a time when seven new films (“The Matrix Resurrections,” “Sing 2” and “The King’s Man, among them) are opening nationwide to notable ticket sales. Despite growing concerns over the omicron variant of COVID-19, the overall domestic box office will reach its highest levels for a single weekend since 2019 during the lucrative Christmas corridor.

Should estimates hold (and let’s face it, they will), the latest “Spidey” adventure will have made $478 million in its first 10 days in domestic theaters. That’s more than double the next highest-grossing movie in Marvel’s “Shang-Chi and the Legend of the Ten Rings,” which earned a mighty $224 million.

It goes without saying that “Spider-Man: No Way Home” is barreling toward box office benchmarks at remarkable speeds. On Sunday, it will become the first pandemic-era movie (and first since 2019’s “Star Wars: The Rise of Skywalker”) to cross $1 billion at the global box office. Reaching that milestone despite spiking COVID-19 cases would have been impressive enough. But equally as notable, “No Way Home” is going to surpass the billion-dollar mark without playing in China, which is currently the world’s biggest moviegoing market.

Buoyed by strong audience sentiments (it landed a coveted “A+ CinemaScore), “Sing 2” collected $5.2 million from 3,892 venues on Friday. Over the extended five-day frame, the cartoon sequel is expected to reach $42.8 million, on par with projections. It’s a solid result for a family friendly film at a time when parents with young kids have been more wary about going to the movies.

In third place, the fourth “Matrix” installment brought in $2.7 million on Friday, boosting its tally to $13.2 million. The film — directed by Lana Wachowski and starring Keanu Reeves and Carrie-Anne Moss — is targeting a five-day total around $41 million from 3,550 venues while debuting simultaneously on HBO Max. Right now, it’s neck-in-neck with “Dune” ($41 million) as the biggest debut of the year for Warner Bros.

Heading for a fourth-place finish, Disney and 20th Century’s “The King’s Man” nabbed $1.2 million on Friday from 3,180 screens and hopes to generate $10 million through Sunday. That haul would be slightly below expectations that the film would make $15 million to $20 million in its debut over the five-day frame.

Disney’s big-budget “West Side Story” remake landed at No. 5 with $546,00 from 2,810 venues. Counting Friday’s ticket sales, the Steven Spielberg-directed musical has generated $21.6 million to date.

New to box office charts, Sony’s “A Journal for Jordan” barely cracked the top 10. The romance drama, directed by Denzel Washington and starring Michael B. Jordan, landed in eighth place with $285,000 from 1,972 theaters on Friday. It’s estimated to make $7 million (give or take) over the traditional weekend.

Mansion in millionaires' playground Sandbanks up for sale