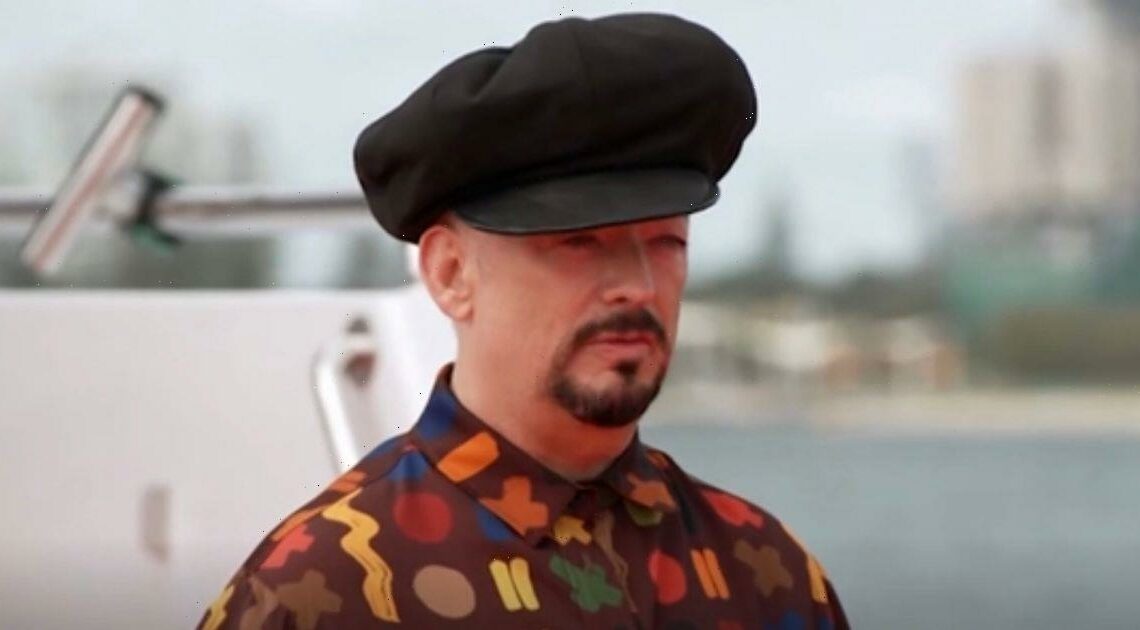 Boy George has showed signs he's doubting his stint on I'm a Celebrity… Get Me Out of Here! – an expert has claimed.

He has reportedly become the highest paid celebrity ever to appear on the ITV show with a rumoured salary of £500k.

But it seems the Karma Chameleon singer could already be questioning his decision to join the jungle and has revealed subtle clues that suggest as much.

Body language expert Inbaal Honigman took a closer look at the singer when the celebs were greeting eachother during the first episode of the series on Sunday (November 6).

Boy George, real name is George Alan O'Dowd, hinted he was unsure about the show whilst chatting to the likes of Hollyoaks star Owen Warner and TV presenter Scarlette Douglas.

The first sign that he wasn't comfortable came when he had to introduce himself to Owen, who apparently didn't recognise the star at first.

"As he introduces himself by name, George very briefly shuts his eyes. It's more than a blink – it's a way to block things out momentarily," Inbaal said.

"This long blink signifies disbelief. George takes a moment to process what happened there. It's a short gesture, but tells a lot."

The body language buff explained Boy George is a showbiz veteran who knows how to hold himself in the public eye, but he still let his happy smile drop for a moment that was very telling.

She went on: "Boy George has been in showbusiness for decades, he knows how to keep his perfect smile on, and when he smiles, it's a wonderful sight, his whole face a delight, that indicates he's happy inside and out.

"But for a very brief moment, just before the three say 'cheers', we catch George's smile drop. It's a split second, but it's significant, as it's not a neutral expression."

She concluded the star had hinted that he was debating his show stint right there and then after seeing him biting his lip and narrowing his eyes.

"He's biting the inside of his lip which shows uncertainty, and narrowing his eyes which shows some distaste. The full expression asks 'Did I make the right choice to come?", Inbaal said.

However, it seems Scarlette made him feel better as Inbaal added: "In contrast, Scarlette who doesn't hide her excitement at seeing George, puts him immediately at ease."

Boy George and Olivia are set to face the first Bushtucker Trial of the series on Monday (November 7).