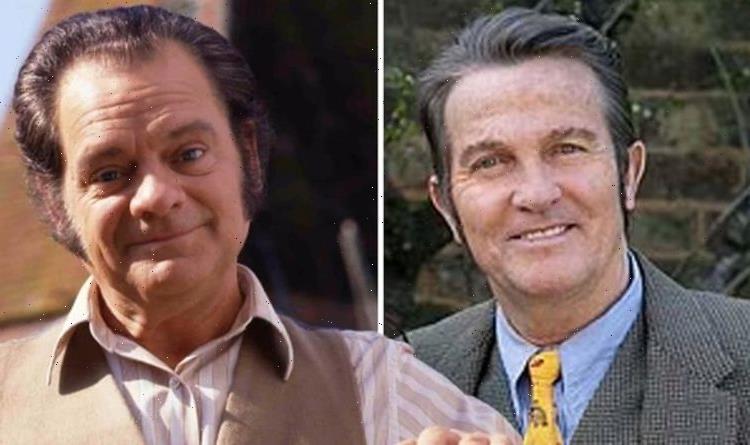 ITV have released a first look picture of Bradley Walsh and Joanna Scanlan in their starring roles in the reboot of The Darling Buds of May. The Chase host plays Pop Larkin while his wife Ma Larkin will be played by Joanna. The broadcaster has confirmed the new series will air on ITV screen this autumn.

In the image, Bradley sports sideburns while wearing a tweed three-piece suit.

The Chase host finished off the look with a blue shirt and a yellow tie.

Joanna stands next to him in a pink floral dress with a coordinating sleeveless jacket.

In recent weeks, the actors have been spotted filming the series in Faversham, Kent.

The Larkins will arrive in autumn and is a brand new adaptation of H.E Bates’ novel The Darling Buds of May.

Written by screenwriter Simon Nye, the six-part series will be set in the 1950s similar to the original.

In the Kent countryside, The Larkins work on their small patch of land and enjoy an idyllic family life.

However, the family will clash with the local authority and snobbish neighbours.

Charley arrives in the village from the city and is sent there to investigate the Larkins’ tax affairs.

Bradley takes over from Sir David Jason in the starring role as Pop.

In a recent interview, David teased he would love a cameo role in the upcoming drama.

He said: “A new version of Darling Buds? Consider me entirely in favour.”

“Help yourself, Bradley. Fill your boots, son. By the way, if there’s a cameo role in need of filling…,” he added.

The original series made a star of Catherine Zeta-Jones who played Pop’s daughter Mariette.

The Only Fools and Horses star suggested Mariette’s role could have been the hardest to fill.

“I would say that of all the parts in that lovely show, the hardest to fill will be that of Mariette,” David said.

“The quality that was found in Catherine Zeta-Jones will be hard to find again,” he told the Daily Star.

The Larkins will air on ITV later this year.