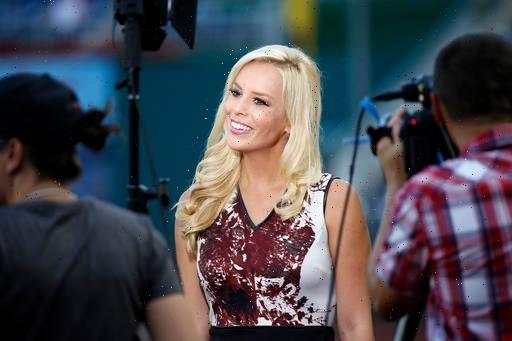 Britt McHenry is departing Fox News after reaching a settlement with the network over her sexual harassment claim against the network and contributor Tyrus.

The parties filed a stipulation for voluntary dismissal of the case on Monday in federal court.

McHenry said in a statement, “I am very proud to have to stood up for my rights and hope that I have empowered other women to do the same. Although I fully stand by the truth of my allegations, I am pleased to put this matter behind me and move forward with my career.”

Fox News Media issued a statement, “While Fox News is confident it would have prevailed in the lawsuit, we are pleased that we have been able to resolve this matter without further litigation.”

Murdoch’s attorney, Tom Clare, did not immediately respond to a request for comment.

McHenry was a commentator on Fox Nation and had hosted a show on the streaming service, Un-PC, for a time along with Tyrus. She claimed that Tyrus, another contributor, sent her the sexually explicit messages and grabbed her in a forceful manner. Fox News executive producer Jennifer Rauchet also was named in the lawsuit.

The lawsuit claimed retaliation, as it accused that the network stripped her of professional opportunities while giving Tyrus his own show. Tyrus has continued to appear on the network, including the nightly Gutfield! as well as other shows. McHenry accused the network of freezing her out of appearances after she brought up her complaints.

When the lawsuit was filed, Clare said that Tyrus “denies the allegations in the lawsuit and will be defending it vigorously. He looks forward to having a public forum in the court system to clear his name from the smear campaign that has been waged against him in the media. Tyrus will be pursuing defamation counterclaims.” Fox News at the time said that her “allegations have been fully investigated and we are confident our actions will be deemed entirely appropriate in litigation. We expect all of her claims to be dismissed.”

Tekashi 6ix9ines entourage, including an ex-cop, charged in NYC