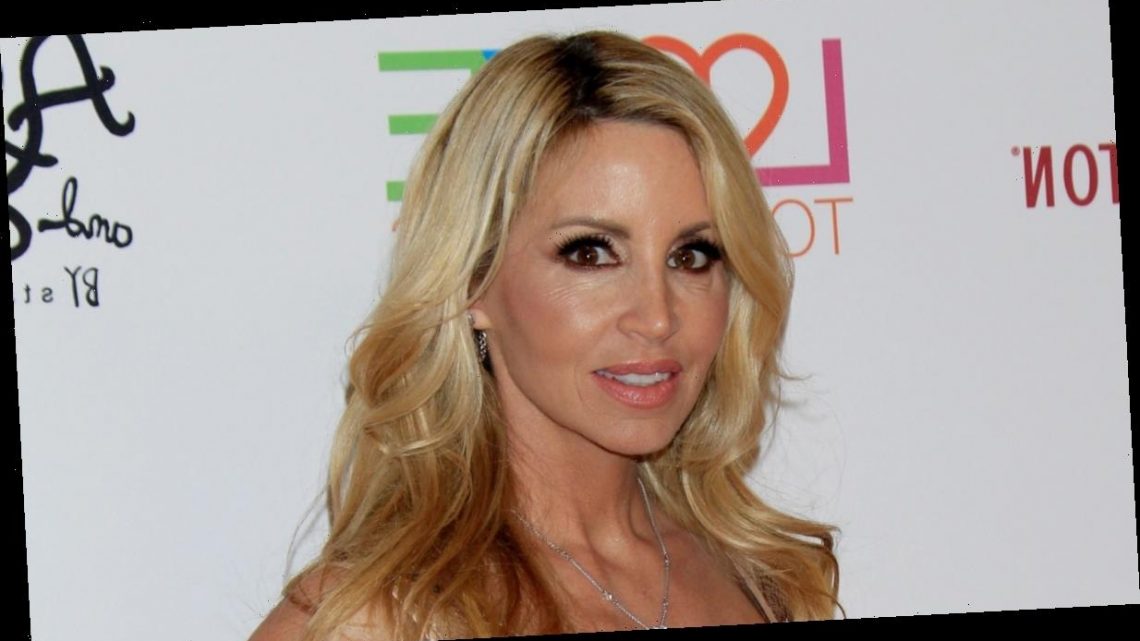 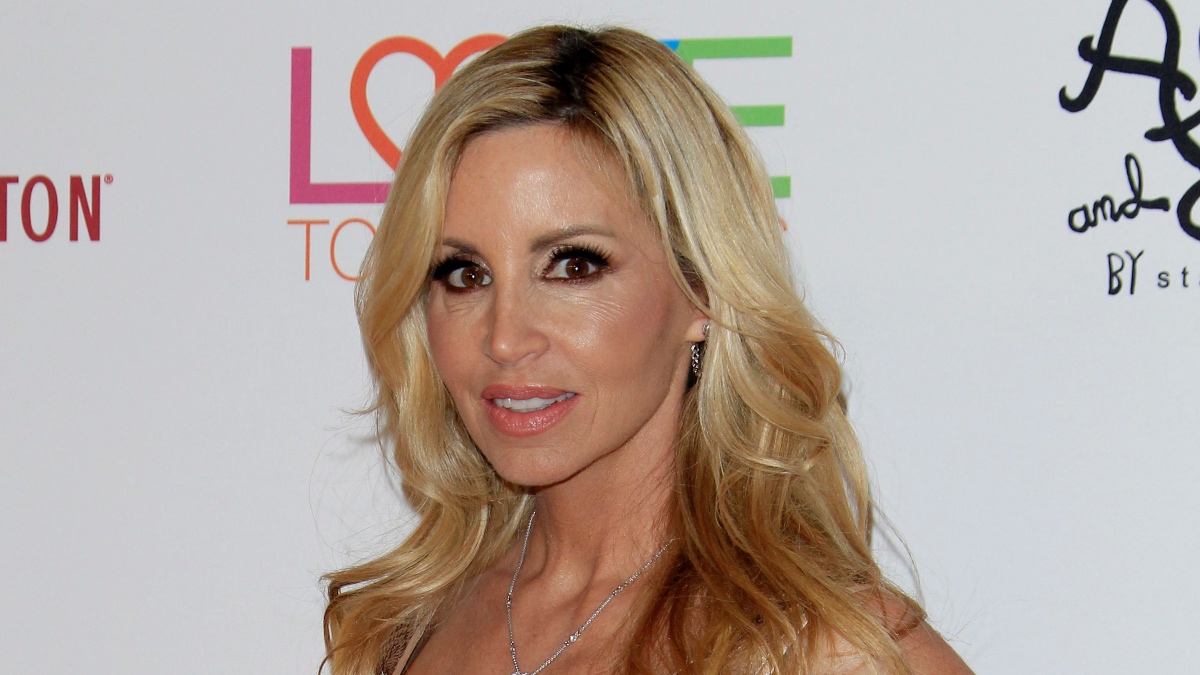 Real Housewives of Beverly Hills star Kyle Richards was feuding with Camille (Grammer) Meyer after accusing her of befriending whoever could get her back on the show. Former RHOBH star Brandi Glanville also had a Twitter beef going with Camille.

Richards responded to a Twitter post shared by Camille gossiping about former co-star Teddi Mellencamp and her accountability coaching business.

Kyle defended Teddi in the comments telling Camille that she needed to move on from the show and pondered if she Tweets about the RHOBH every day.

Richards then calls Camille a mean girl and accuses the former Housewives star of befriending whoever she thinks can get her a diamond.

After Camille responds by asking if Glanville ever lies, Kyle asks her why she is so angry as she was not involved.

She also mentions that Camille was not asked back to the show while she insists that she was asked to film with Kyle. 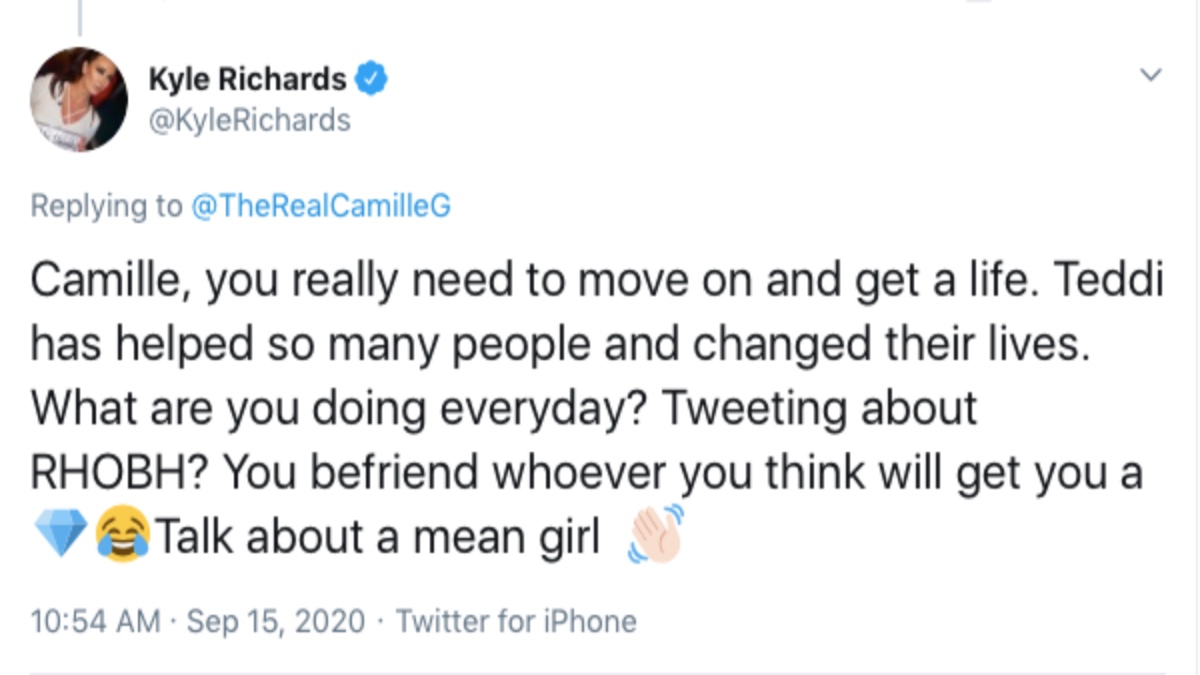 Brandi Glanville was less dignified in her Twitter feud with Meyer

Brandi Glanville could be angling for her own return full-time to the show as she had some harsh words for the 52-year-old Camille that has surely caused some gasps and pearl-clutching.

After Camille suggested that Brandi used Denise Richards to get back on the show, she told Camille that she needed to get off Twitter, go raise her kids and massage her husband’s prostate. Glanville then told Meyer that she was an un-deserving gold-digger. And a bitter c***. 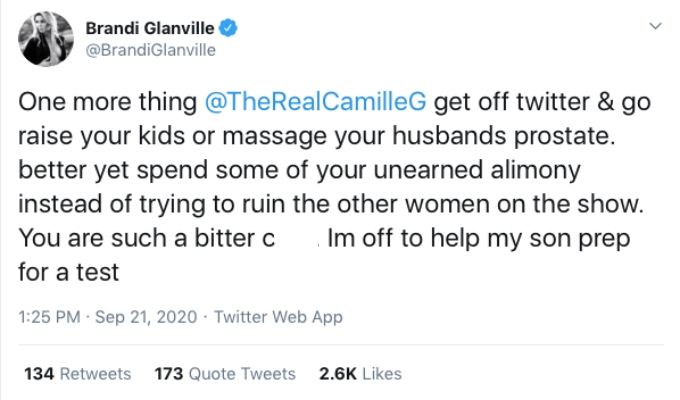 Andy Cohen briefly discussed Brandi’s possible return to RHOBH on her podcast, Brandi Glanville Unfiltered but noted how none of the other women liked her.

After Mason asks Cohen if he will give his mom another chance to be on the show, Cohen asks Mason why he wants her on the show.

‘Because she deserves it,” he says. “You kind of milked her for everything this season to make some views and stuff and she hasn’t gotten even half as much as the other Housewives,” said Mason.

Cohen responded that Mason had a good point but didn’t say Glanville would return.

It looks like Glanville will be disappointed if she was hoping to be back on the show. She responded to a comment on Twitter asking if Glanville was returning to the RHOBH by saying she had not been contacted by Bravo to return.

The Real Housewives of Beverly Hills is currently on hiatus on Bravo. 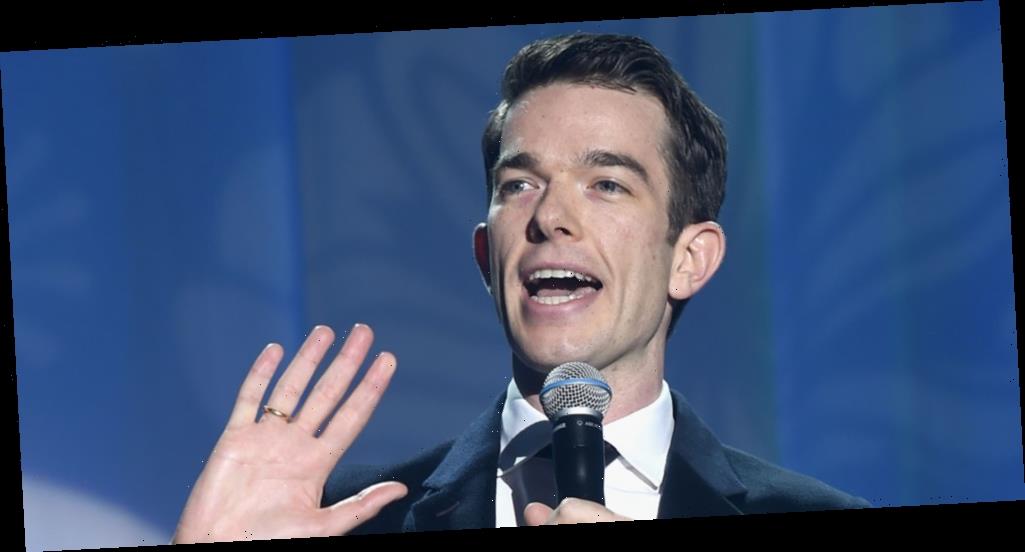 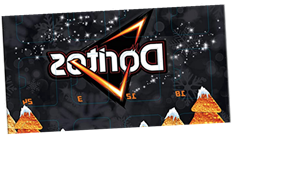 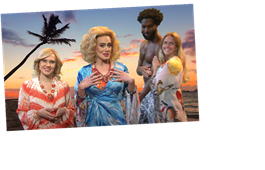