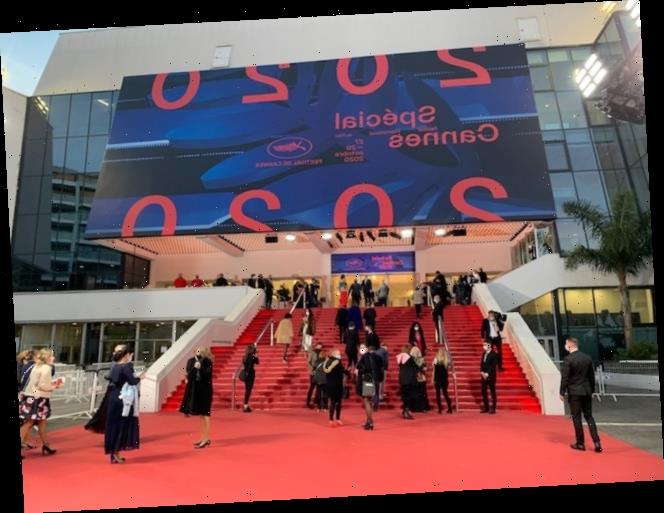 The Cannes Film Festival’s “Spécial” three-day event kicked off at the Palais this evening with the Lumière theater at half capacity, and fest chief Thierry Fremaux urging attendees to “applaud at 100%.” They did, despite muted proceedings given the ongoing COVID-19 crisis.

Earlier this year, the 73rd edition of the iconic festival was moved out of its usual May home, and ultimately was canceled due to the coronavirus pandemic. In late September, the fest announced it would showcase four films that were part of the 2020 Official Selection from tonight through Thursday. Although organizers were forced to pivot last week, rejiggering the screening schedule after France imposed a 9PM curfew in dozens more areas of the country, they did not slash the event altogether. This abridged Cannes may be getting in just under the wire as COVID-19 cases surge in France and the government is mulling further restrictions.

Looking ahead to next year, fest President Pierre Lescure added that the event “will go ahead” — even if it’s ultimately forced to move dates should the pandemic continue. The 74th Cannes Film Festival is due to take place from May 11-22 in 2021, but, Lescure said, “We already have one or two other slots” to which the fest could be delayed and which have been earmarked with the local government. The next edition of Cannes will also see all 51 filmmakers in the 2020 selection invited by the fest to attend.

Just driving into Cannes this afternoon, construction zones, shuttered hotels and slight foot traffic were among the notable sights. For this evening’s event, sanitary measures were in place that included social distancing and mandatory masks — as well as a red carpet disinfection booth that looked like it might have been plucked straight out of Star Trek or Doctor Who. For the opening ceremony, guests, which included talent, press and the public, were asked to turn up 45 minutes early.

The scene on the red carpet was vastly different than anything I’ve experienced in my last 22 festivals. There was ample room to move around, no screaming public camped out — but also no wall to act as a deterrent as was the case in Venice last month — and folks were seen taking selfies.

Inside the Lumière, Frémaux noted he and the fest team were all “very emotional” to be back in the room “where we haven’t been since May 2019.” After some of the titles with the official 2020 Cannes label began to appear at other festivals, Frémaux said it was decided, “We can’t not come to Cannes.”

At one point, Frémaux also talked about news stories that lamented Cannes’ cancellation earlier this year, and joked, “We’re going to cancel next year because we have better press when we cancel than when we go ahead.”

A dinner that was due to take place after the screening of Emmanuel Courcol’s Un Triomphe (The Big Hit!) tonight was kiboshed when the curfew was imposed last week. It was to have been held at the Majestic, which is one of the major hotels still operating, while some others are currently closed — for renovations or because of a lack of international tourists. When I was in Cannes on a mid-July Sunday this summer, it felt like a ghost town. Today was admittedly a bit buzzier, though France is also in the midst of school vacations.

The Carlton is currently closed until the end of the year, and the facade is a mass of
shutters rather than a giant billboard for upcoming studio films as would be the case if this were May of any other (non-pandemic) year. There is a massive construction site at the back of the hotel where works have been ongoing for some time. Today, a small group of protesters gathered out in front of the hotel calling for other renovations to begin soon. “Now is the time to invest,” said the ringleader. The protesters said they were not asking for money, but were looking for work.

The JW Marriot was already closed for renovations and has remained so, while the Martinez is only taking individual reservations on the weekends and during school vacation periods. The hotel sector is the biggest employer in Cannes and revenues were down 73% at the end of September, the head of the local hotel operators union recently told AFP.

Cannes is sustained by major media, and other, events throughout the year and Mayor David Lisnard said from the Lumière stage tonight that revenues for the Palais itself are down 90% year-on-year. He noted regarding the film festival that it was “inconceivable to have a blank year with black screens” and that the Spécial Cannes event “embodies the will to win, to battle… We will continue to fight to show that we can maintain events in perfect sanitary security.”

The Spécial Cannes event runs through Thursday and will conclude with the preview of Bruno Podalydès’ Les Deux Alfred (The French Tech). Also screening are fest regular Naomi Kawase’s Asa Ga Kuru (True Mothers) and the buzzed about Beginning, the debut film by Georgian director Dea Kulumbegashvili who was in attendance tonight.