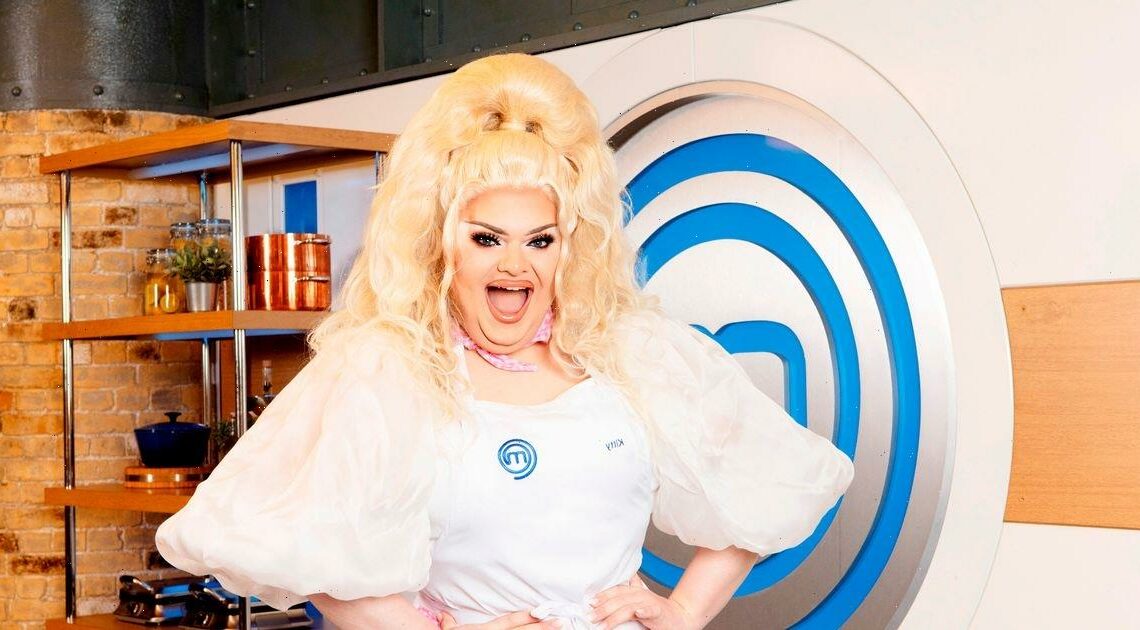 Celebrity MasterChef viewers were left gobsmacked after spotting a suggestive table arrangement on one of the set’s worktops.

The BBC One cookery contest went into the final round of heats, with stars such as ex-Corrie actor Ryan Thomas and drag queen Kitty Scott-Claus making it through to the next stage.

However, fans were more interested in the cheeky set up, which included an oil bottle and two avocados placed together, with viewers taking to social media to discuss the strategically placed arrangement.

One viewer tweeted a shot of the screen and wrote: "Umm, @kittyscottclaus, were you responsible for this? #CelebrityMasterchef.”

Fans took to social media to comment on the drag queen’s hilarious antics on the show.

One fan tweeted: “Kitty absolutely KILLING it on #celebritymasterchef. Should get extra points for having to cook in full drag tbqh.”

A second said: “Kitty cracks me up, and I needed cheering up today. Thank you @kittyscottclaus #celebritymasterchef.”

A third commented on the moment the drag star’s wig prevented her from getting her apron on, writing: “Kitty struggling to get the apron on over her wig <3”.

While Kitty was entertaining the show’s viewers, fellow contestant Ryan Thomas experienced a mishap during the preparation of one of his dishes.

While making a prawn-based dish, he failed to remove the “vein”, the black line that runs down the back of a shelled prawn, before slicing them into small pieces.

While safe to eat, the line adds a gritty texture, meaning the prawn is less pleasant to eat.

Ryan managed to serve his dish to the judges, who were left bemused by his lack of cooking knowledge.

After taking one bite, Gregg said: "Your prawn balls are cooked but I much rather you'd have got that digestive tract out of it, which is gritty and dirty."

Lord of the Rings: The Rings Of Power Star Breaks Down Galadriel's 'Big Move' in the Double-Episode Premiere