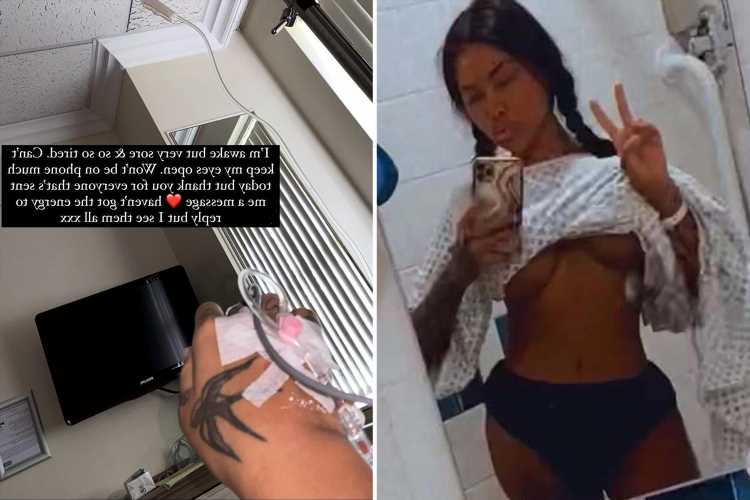 The 27-year-old went under the knife at a private hospital yesterday – but hasn't told fans what she had done. 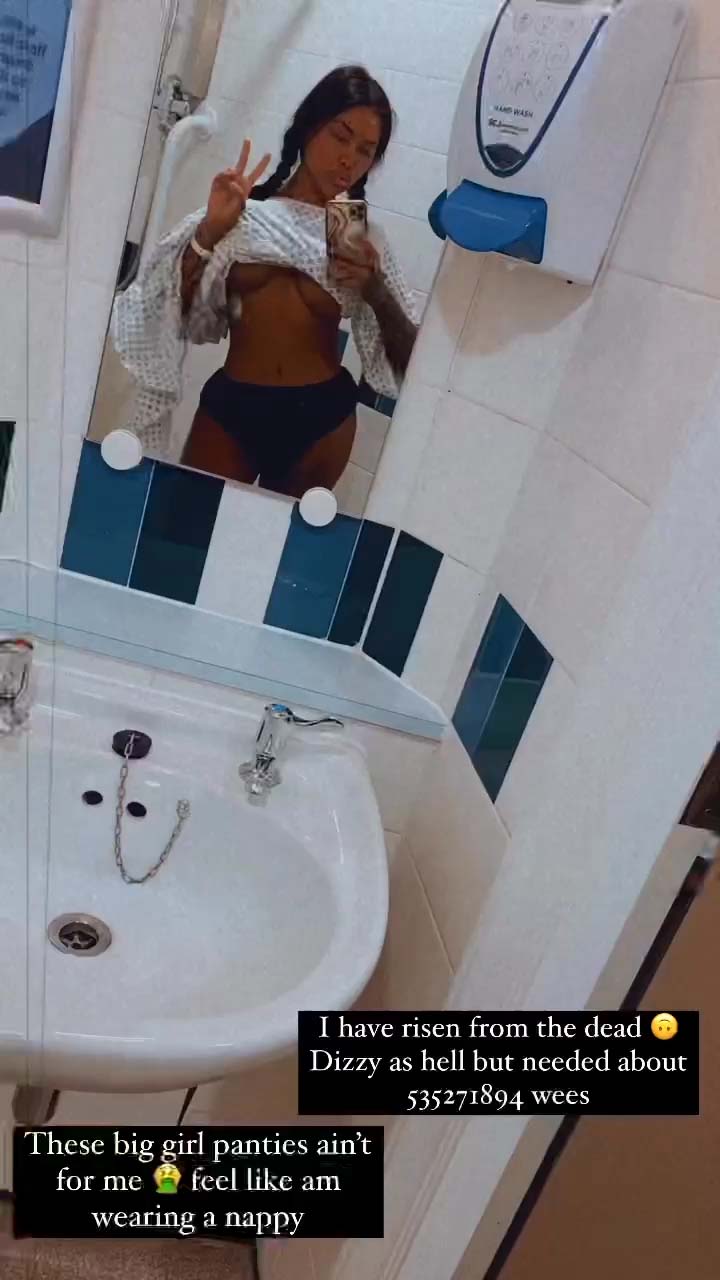 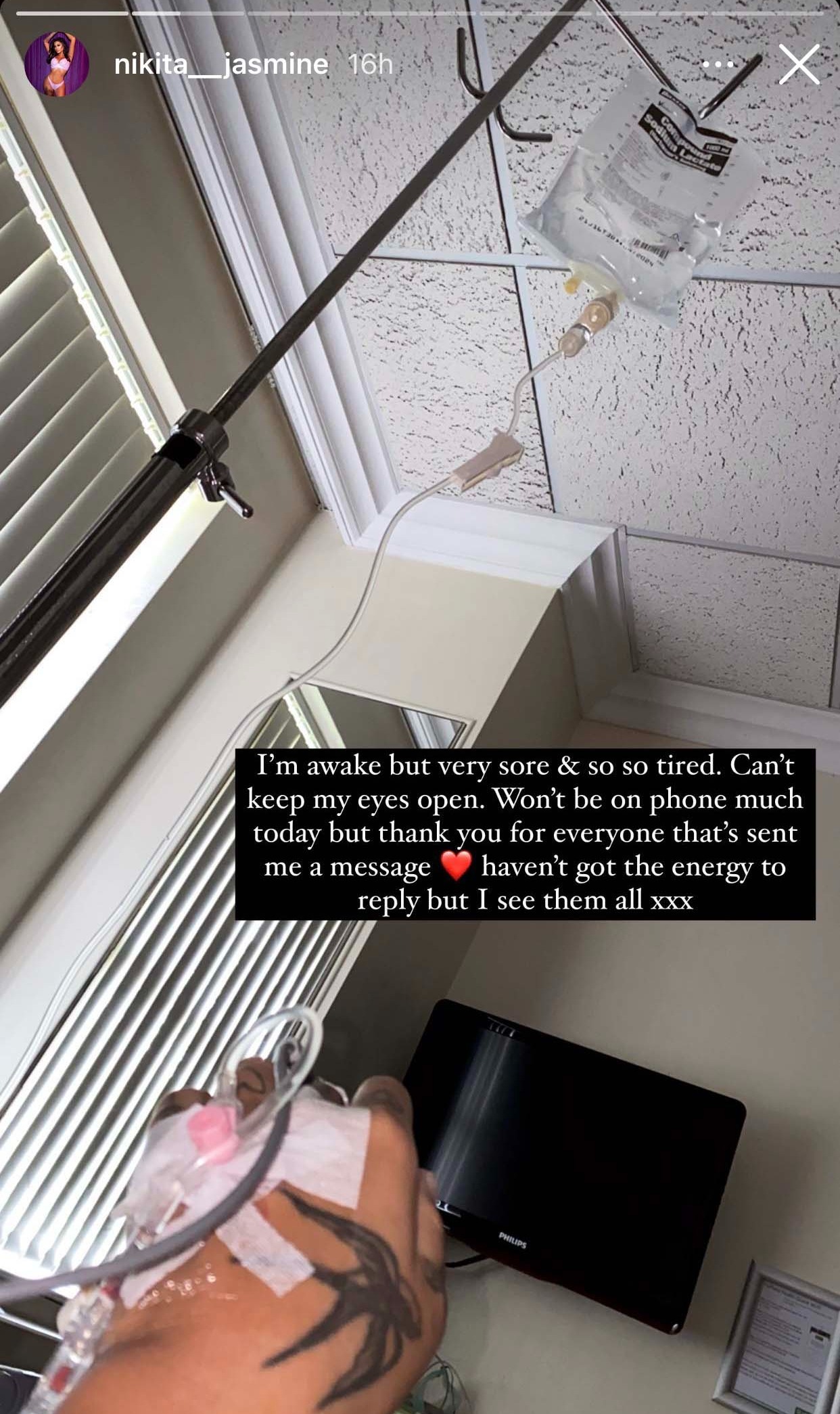 She did however, admit she was suffering from low blood pressure, which kept her in hospital longer than normal.

"I'm awake, but very sore and so so tired," said Nikita.

"Can't keep my eyes open. Won't be on my phone much today, but thank you for everyone that's sent me a message. Haven't got the energy to reply, but I see them all."

Hours later Nikita said doctors were struggling to get her blood pressure back under control after the operation.

"My blood pressure is really low for some weird reason," she admitted.

"It never normally is so I'm not allowed to be discharged until it goes up.

"I've drank gallons of water and eaten, but it's not budging atm. Hoping they let me home later."

She posted a snap of her in a hospital gown as she revealed her flat stomach in the mirror.

Thankfully Nikita was discharged late yesterday, but told fans: "The pain is starting to kick in now."

It's not yet known what operation Nikita underwent at the hospital this week.

In the past, the 27-year-old has spoken honestly about her plastic surgery she's had done before finding fame on Married At First Sight on E4.

She has had three rounds of full body liposuction, two boob jobs, a Brazilian bum lift and nose job.

Liam Smith vs Jessie Vargas time: When are ring walks in UK and US for fight this weekend?
Recent Posts