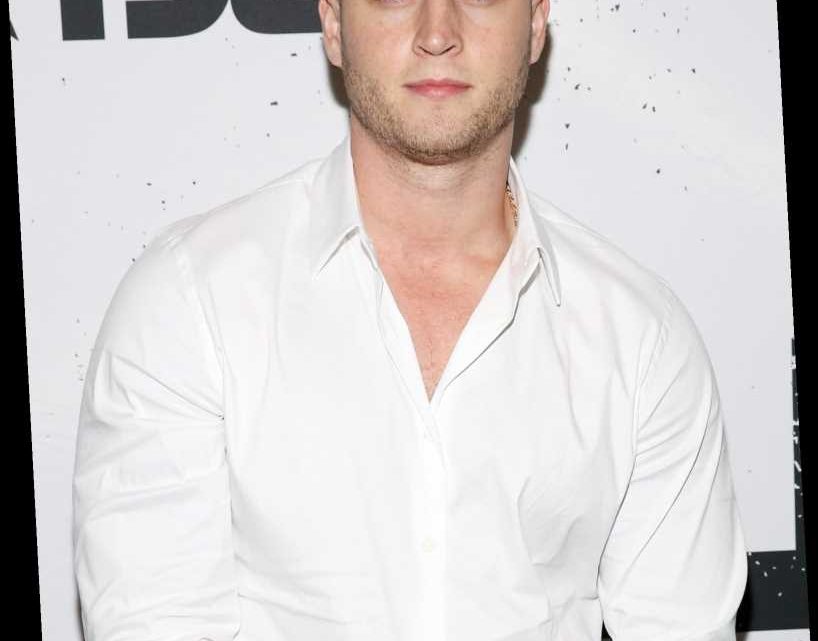 Chet Hanks is suing his ex-girlfriend Kiana Parker after an altercation in January that left him bleeding.

In a video, newly obtained by TMZ, Hanks, the 30-year-old son of Tom Hanks and Rita Wilson, is seen bleeding from his head after Parker allegedly hit him.

In the video, Hanks is heard accusing Parker of "attacking" him with a knife while she's heard in the background saying, "You pushed me."

"Now you're flipping the story," Hanks says in the video, while saying later on in the video that Parker had allegedly stolen money from him.

The incident took place at Hanks' Sugarland, Texas house on Jan. 8, according to TMZ.

In court documents obtained by PEOPLE, Hanks is suing Parker for theft, assault, conversion and battery.

An attorney for Parker, D'Angelo Lowe, did not immediately respond to PEOPLE's request for comment.

In the documents, Hanks says Parker had "stolen money from him to pay for her travel expenses and travel expenses for her friend" as well as money she'd used to pay her rent totaling over $5,000.

When Hanks broke up with Parker, he says he also canceled the lease on a rental home in Houston, Texas and began to move out. On Jan. 8, Hanks says Parker arrived at the home with "three menacing large men," and that one of those men "showed that he had a gun."

Hanks says Parker walked toward him "holding a pot and a knife" and "smashed [Hanks] over the face with the pot and cut him with the knife."

Hank's attorney, Marty Singer, told PEOPLE in a statement, "The day after Chet Hanks confronted Kiana Parker about stealing money from his credit card, while Ms. Parker was accompanied by a huge male carrying a gun, she viciously attacked Chet with a knife, which caused him to profusely bleed. It is all on video and the undisputed video tells the whole story. Her claims are completely false, fabricated and fictional."

Lowe told Page Six Parker was receiving medical care and that she had attempted to serve Hanks. Parker was granted a restraining order against Hanks, the outlet reported.

Hanks also says in the complaint that Parker stole his personal property totaling $13,700 which included a couch, a king-size bed, a flat-screen TV and other items.

The video comes as Hanks is facing allegations of racism over his new collection of merchandise called "White Boy Summer."

His collection of hoodies, T-shirts, shorts, leggings, sweatpants and baseball caps all sport a Gothic-style font that some on Twitter have accused of looking "aggressively racist."

Never miss a story — sign up for PEOPLE's free weekly newsletter to get the biggest news of the week delivered to your inbox every Friday.

"Jesus. When I think of typefaces white people should avoid, anything remotely calligraphic/blackletter looking pops immediately to mind, especially if it's going to include the word 'White,'" a user tweeted.

In an Instagram video he posted last week, Hanks said, "I just got this feeling man that this summer it's about to be a white boy summer."

"Take it how you want, I'm not talking about Trump, Nascar-type white. I'm talking about me, (rappers) Jon B. Jack Harlow-type white boys, you know what I mean? Let me know if you guys can vibe with that, and get ready," he added. "'Cause I am.'"

In another video posted two days after, Hanks said, "You know what's not White Boy Summer … is having any ill will or prejudice towards anybody from a different background, race, walk of life than you."

"Having any ill will whatsoever towards anybody that's different than you, that's not White Boy Summer," he continued. "The real vibes is having nothing but good vibes toward everybody. Don't get caught up in the bulls—."

Hanks announced on Tuesday that he was also releasing a range of "Black Queen Summer" merchandise, alongside merchandise using a similar slogan for Black men and those of Asian and Latino descent.

If you are experiencing domestic violence, call the National Domestic Violence Hotline at 1-800-799-7233, or go to thehotline.org. All calls are toll-free and confidential. The hotline is available 24/7 in more than 170 languages.