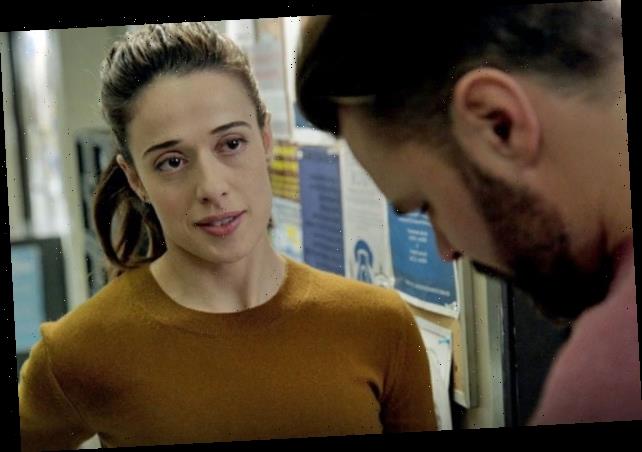 Can a gift put “Burzek” back on track? In TVLine’s exclusive video from Wednesday’s Chicago P.D. (NBC, 10/9c), Burgess presents Ruzek with hockey tickets as a token of her appreciation for his support.

“From when I was pregnant to when I wasn’t, you’ve been there for me, and I appreciate it. I feel like you’ve been with me this whole way,” she explains to her surprised ex.

The gesture is especially meaningful, considering Burgess had a difficult time letting Ruzek in during her pregnancy, and just last week, she exclaimed that she wanted him to be just as angry with her as she was with herself for losing the baby. Of course, Ruzek couldn’t agree to her request — and perhaps now that she’s forgiven herself for the lost pregnancy, Burgess will also open up her heart to a potential reunion with Ruzek? Might we suggest that he ask Burgess to accompany him to that hockey game?

Elsewhere in tomorrow’s episode, “an armed robbery case quickly turns into a homicide investigation,” per the official description. “When one suspect’s background suggests domestic violence, Upton is forced to reckon with her childhood.” Plus, “Voight and Halstead butt heads over Halstead’s righteous instinct.”

And in case you missed the big news, Chicago P.D., as well as Chicago Fire and Chicago Med, were all recently renewed for three seasons each.