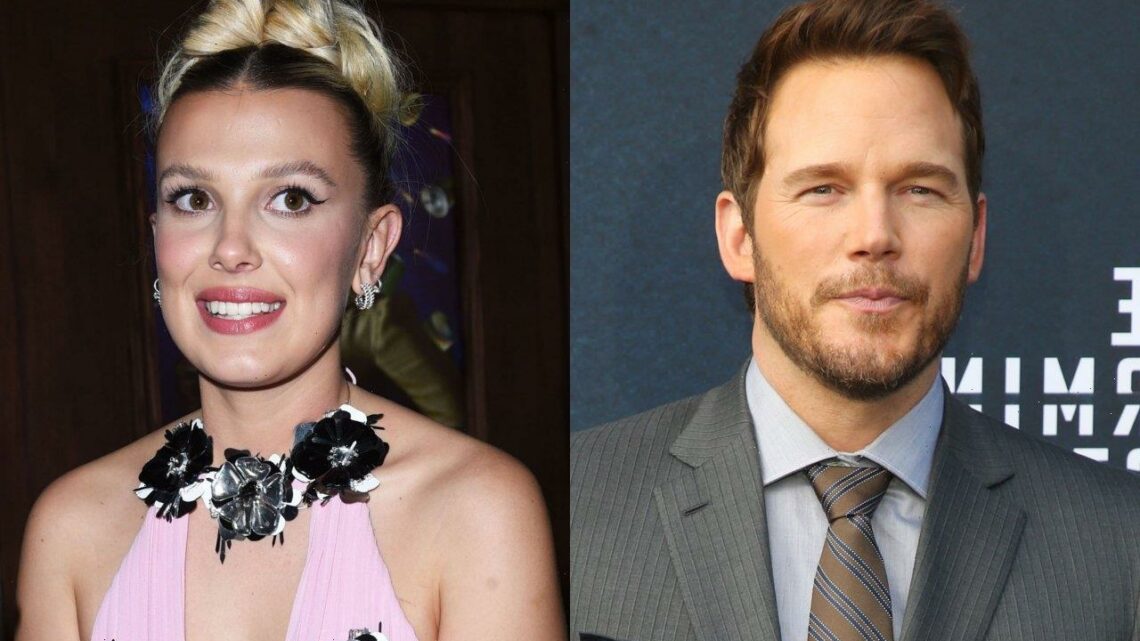 The ‘Guardians of the Galaxy’ star, whose role in the futuristic action adventure film has not yet been revealed, appears in good spirits as he interacts with the ‘Stranger Things’ actress on set.

AceShowbiz –Chris Pratt has been spotted for the first time on set of “The Electric State” with his co-star Millie Bobby Brown. In photos surfacing online, the “Jurassic World” star looked extremely unrecognizable.

Daily Mail released photos from the Columbus, Georgia set of the futuristic film on Thursday, November 3. In the pictures, it could be seen the “Guardians of the Galaxy” star sported a tousled 70s-style wig and a Han Solo-inspired ensemble of a white T-shirt, black waistcoat, jeans and boots while carrying a futuristic respirator.

Chris, whose role in the film has not yet been revealed, looked in good spirits as he chatted with Millie on set. The pair were surrounded by cast members dressed in motion-capture suits and robot costumes as they filmed ethereal night-time scenes.

For her part, Millie opted for a 90s-style outfit of a striped tee, with a purple sweater knotted around her waist. The “Stranger Things” star completed her look with baggy jeans and a rucksack. Her blonde hair was pulled into a high updo and she sported smokey makeup while toting a fake machine gun.

Millie plays an orphaned teenager searching for her brother with help from a robot (Jason Alexander) in Christopher Markus and Stephen McFeely’s big-screen adaptation of Simon Stalenhag’s 2017 graphic novel.

While it’s the first time Chris was seen on the set of “The Electric State”, Millie was spotted working on the upcoming film several times. Late last month, the 18-year-old actress was photographed filming with her co-stars on Atlanta beach set.

At the time, Millie was joined by his boyfriend Jake Bongiovi, who was snapped relaxing in a chair while he took in his girlfriend’s performance. For the beach day, the son of Jon Bon Jovi wore a gray sweater and beige pants.

A few days prior, Millie also got a set visit from Jake. When pulling up to say hello, 20-year-old Jake brought an adorable four-legged friend along for the ride. He was also seen holding his mini tablet while leading the puppy on a leash.

Young mum, 26, plunges to her death from top of waterfall in front of horrified friends after climbing up to take selfie | The Sun
Recent Posts