Home » Chris Pratt's 'Parks and Rec' Band Mouse Rat Are Releasing an Album and No, This Isn't a Drill 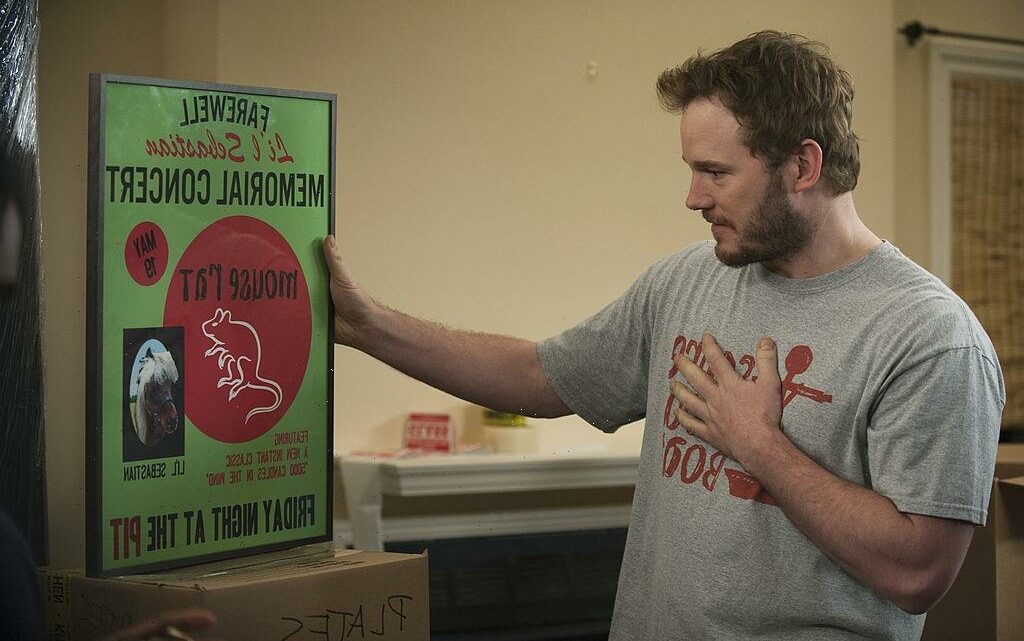 Chris Pratt's 'Parks and Rec' Band Mouse Rat Are Releasing an Album and No, This Isn't a Drill

Pawnee, Indiana’s famous mini-horse Li’l Sebastian was a mainstay on Parks and Recreation, so it makes sense the powers that be blessed fans with a parting gift to remember him by. That gift comes in the form of a real album by the show’s band, Mouse Rat, led by Chris Pratt’s character, Andy Dwyer. Here’s everything we know about The Awesome Album.

‘Parks and Rec’ gave Chris Pratt an outlet for music 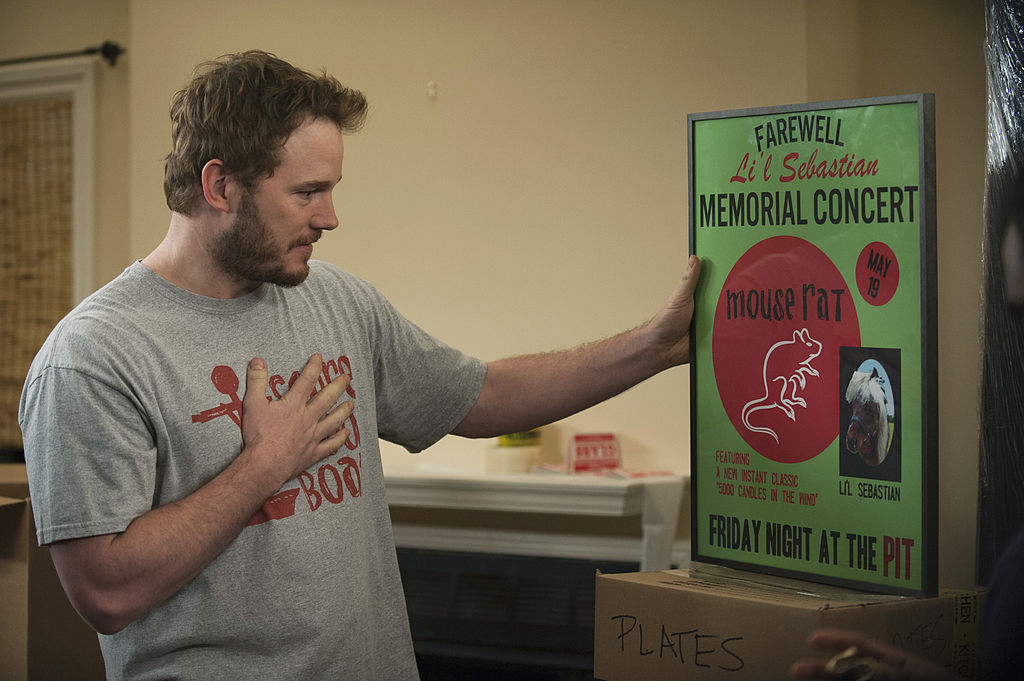 Pratt’s stint on Parks and Rec began as a guest-starring role. The star was so good at playing the musically-inclined, dim-witted Andy, execs cast him as a series regular for the duration of the series.

As many remember, Andy’s mediocre band Mouse Rat played Pawnee festivals and other Leslie Knope (Amy Pohler) events. Music offered another side of Andy and gave the show a little something extra we’ve been missing since the series finale in 2015.

Andy didn’t only play in Mouse Rat. He was also a solo artist who eventually went on to become Johnny Karate in The Johnny Karate Super Awesome Musical Explosion Show.

Since the show’s 2020 pandemic reunion, fans only wanted more of Pawnee and everyone in it which is why it’s no coincidence the Mouse Rat news came on the 10th anniversary of Li’l Sebastian’s death. The first track, “5,000 Candles In the Wind,” was created by Andy to be “5,000 times better” than Elton John’s “A Candle In the Wind.”

On Aug. 27, Dualtone Music Group will release Mouse Rat’s full-length LP, The Awesome Album. The deal was made alongside Tom Haverford’s (Aziz Ansari) company, Entertainment 720 and it was announced by Pawnee’s own news anchor Perd Hapley (Jay Jackson) on YouTube.

“Any creative business coming out of Pawnee is tied to Haverford,” Dualtone president Paul Roper said in a statement via Entertainment Weekly.

“From Rent-a-Swag to Tommy Fresh cologne and Tom’s Bistro, not to mention his business ideas not yet formed like the scented phone, talking tissues, contact lenses that display text messages, and the glitter-infused laundry detergent Sparkle Suds, partnering with Entertainment 720’s hype machine was essential. The man is an idea factory.”

The first single, “5,000 Candles in the Wind (Bye, Bye Li’l Sebastian)” is out now, along with a music video. Here’s what the full album will include:

Pratt has a few big projects on the way including Jurassic World: Dominion (pushed to June 2022), Thor: Love and Thunder, Guardians of the Galaxy Vol. 3, and more. It’s impressive that he made the time to record an album, let alone a Mouse Rat album. On the home front, he and his wife Katherine Schwarzenegger welcomed Lyla Maria Schwarzenegger Pratt in Aug. 2020 which officially makes him one of the busiest men in Hollywood.

As for the music, August can’t come soon enough. We’d like to think that with Mouse Rat’s contribution to the music world, Li’l Sebastian can finally fly high (bye, bye).

Israeli missile crashes into a house in Gaza