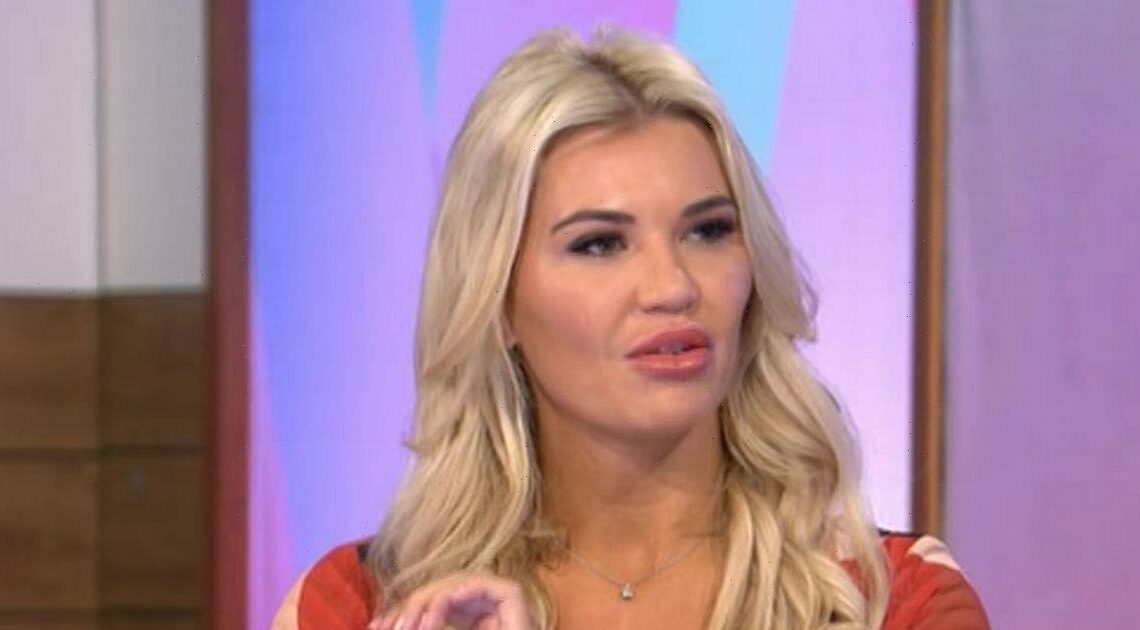 Christine McGuinness has revealed how she plans to tell her three young children that they have autism as she opened up about her own diagnosis with the condition.

Appearing on Loose Women on Monday Christine, who is married to Top Gear presenter Paddy McGuinness, told the panel that being diagnosed with autism herself earlier this year puts her in a good position to explain the condition to her kids.

She revealed: “When we do discuss it with them, at least now I can say ‘You’re just a bit like mummy. It’s not going to hold you back. Mummy’s working. Mummy’s married. Mummy has a family. You are capable of all these things.’”

Christine went on to say: “And I think we need to address while we are here as well that obviously autism is a huge big massive spectrum. I don’t define an autistic person, and my children don’t.

“There are those that really, really do struggle with many, many challenges.

“There are autistic people who may not be able to talk yet. There will be families out there who are still waiting to hear their children say ‘Mummy’.”

The 33-year-old model and charity campaigner is the mother to eight-year-old twins Leo and Penelope and five-year-old daughter Felicity.

The star said she was told in August that she was "high up the spectrum", having scored highly on a questionnaire measuring for the condition – just like her three children.

She also revealed she and Paddy, 48, decided to test themselves as they questioned why all three of their kids were autistic. She said: “There were lots of similarities between me and my children. Me and my husband went to do an AQ test to see if any of us were on the autism spectrum and I was actually quite high up. And I was diagnosed a few months ago, so I’ve had time to process it, speak to my family and get my head around it."

The emotional star also revealed how Paddy had reacted, sharing: “He’s been really good. He said he’d known for a while and he’d thought for quite a long time, basically since the children got diagnosed.

"When we were talking about their food aversion, everything about them, he kept thinking, ‘They’re really like Christine.’”

Christine, who is an ambassador for national charity Caudwell Children – shared details about her diagnosis and life in her new autobiography – Christine McGuinness: A Beautiful Nightmare.

She went on to say that she was initially devastated by her diagnosis and burst into tears – but has since had the time to “come to terms” with her condition.

Who is Simon Konecki? – The Sun
Recent Posts