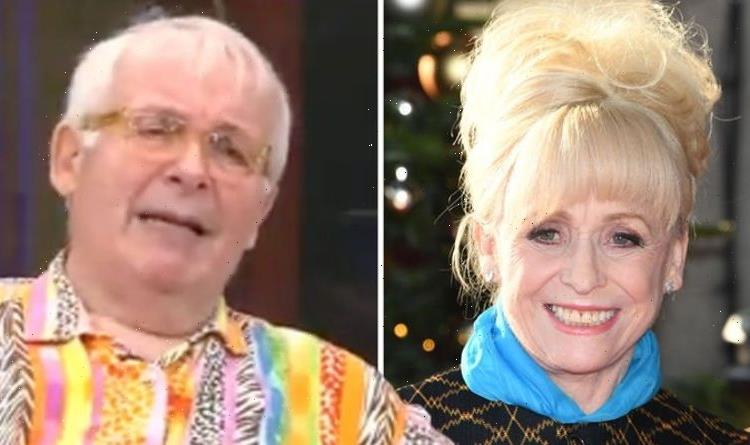 Barbara Windsor passed away in December 2020 after being diagnosed with Alzheimer’s disease six years prior. Her good friend Christopher Biggins opened up on the impact coronavirus restrictions had on his ability to say his final goodbyes to Barbara during an appearance on Tonight with Dan Wootton on GB News.

The EastEnders legend died at a London care home and restrictions meant Christopher couldn’t say goodbye to her in person.

Dan asked: “Did [restrictions] mean Biggins that you weren’t able to say goodbye to Barbara in person before you died?”

“No, she was in a home because Alzheimer’s is a disastrous disease,” he replied.

“Poor Scott, there has to be a point where they have to move somewhere because he couldn’t do any more than he was doing.”

“We couldn’t go and say goodbye to her, I spoke to her on the phone but that was it,” he continued.

“But I know actresses that are of a certain age who know that they’re not going to be here much longer.

“They don’t want to spend the rest of their lives running away from something that they don’t know anything about.

“I think what the Government has done is they’ve lied to so many people.”

“If Boris would tell us the truth then we would accept it for what is it,” Christopher said.

Dan pointed Christopher has been a supporter of the Tory Government in the past.

“I’m very much a Tory, well this isn’t any other party at the moment,” the actor confirmed.

“It’s frustrating the other thing of course who would want to be Prime Minister during this period.”

“The poor boy it’s something he’s always wanted, he’s dreamed of being Prime Minister and here he is in this ghastly time.”

“Which no one could have predicted,” Dan said. “Were you ever scared about Covid?”

“I wasn’t,” Christopher replied. “The first lockdown I loved it was lovely to be at home with my partner Neil.”

“There were things to do in the house, perhaps paint a room or something,” Christopher revealed.

“Then we had to break which was great and then it came back again and this last one has been very tedious because we haven’t been able to do anything or go anywhere.

“I have restaurateur friends who are pulling their hair out because not only now are they open again but the staff, there are 700,000 fewer people in London restaurants to run them than there was before the pandemic because they’ve all left.

“That’s because of Brexit, they’ve all left to return to their countries because that’s what they were told to do.”

Tonight Live with Dan Wootton airs on weekdays on GB News at 9pm.

Could YOU pass this exam for 10-year-olds from the 1950s?
Recent Posts