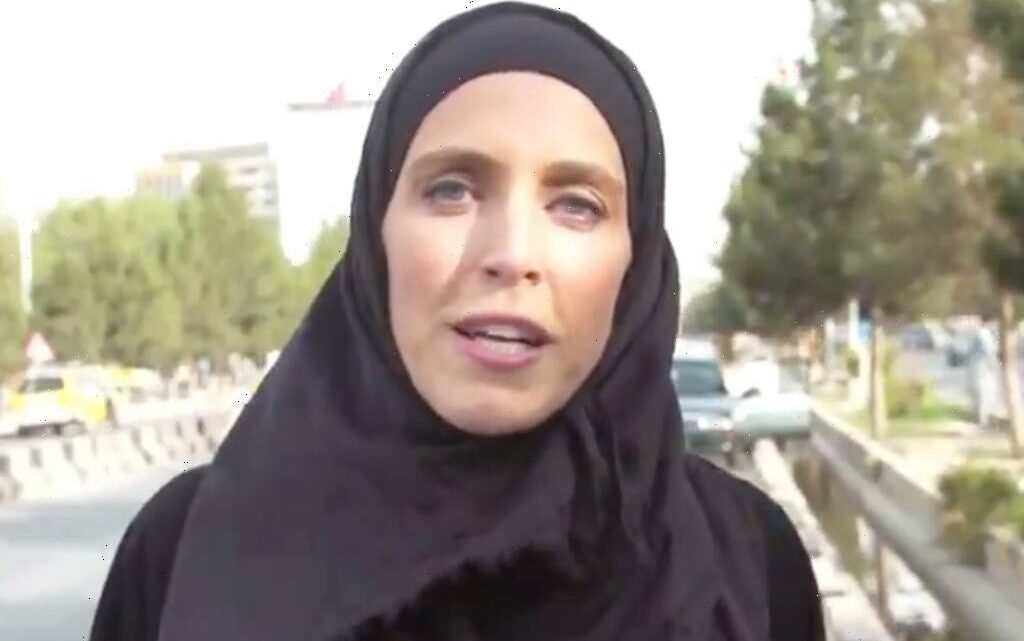 CNN’s chief international correspondent Clarissa Ward was confronted today by Taliban fighters as she reported from the Kabul streets.

Ward has been on the ground in Afghanistan since Kabul fell, cementing the Taliban takeover of Afghanistan. Earlier, she told Deadline that the Islamic militants have been “bending over backwards to appear a mature diplomatic political force. That is the image they want to convey.” She added that the fighters had been “welcoming to us on the street,” but had suffered “a few incidents.”

Today, things nearly spun out of control for her and her producer, Brent Swails.

Ward claims she was screamed at by agitated Taliban fighters who demanded she cover her face. Her producer was nearly pistol-whipped in the incident, she said. During a live broadcast from the Kabul airport, Ward – who was wearing a hijab – was confronted by a Taliban with a “huge makeshift whip,” who approached her while “shouting at me to cover my face.”

Two other Taliban fighters attempted to pistol-whip her producer for taking a video of the incident, Ward said. He escaped harm when another Taliban told the first group to leave them alone because they were journalists.

“Honestly, to me, it’s a miracle that more people haven’t been very, very seriously hurt,” Ward said, adding that the airport area was still chaotic.

“I’ve covered all sorts of crazy situations. This was mayhem. This was nuts,” Ward said. “This was impossible for an ordinary civilian — even if they have their paperwork. No way they’re running that gauntlet, no way they’re going to be able to navigate that. It’s very dicey, it’s very dangerous, it’s completely unpredictable. There’s no order, there’s no coherent system for processing people.”

The Taliban have said they would honor women’s rights within the confines of Sharia law.