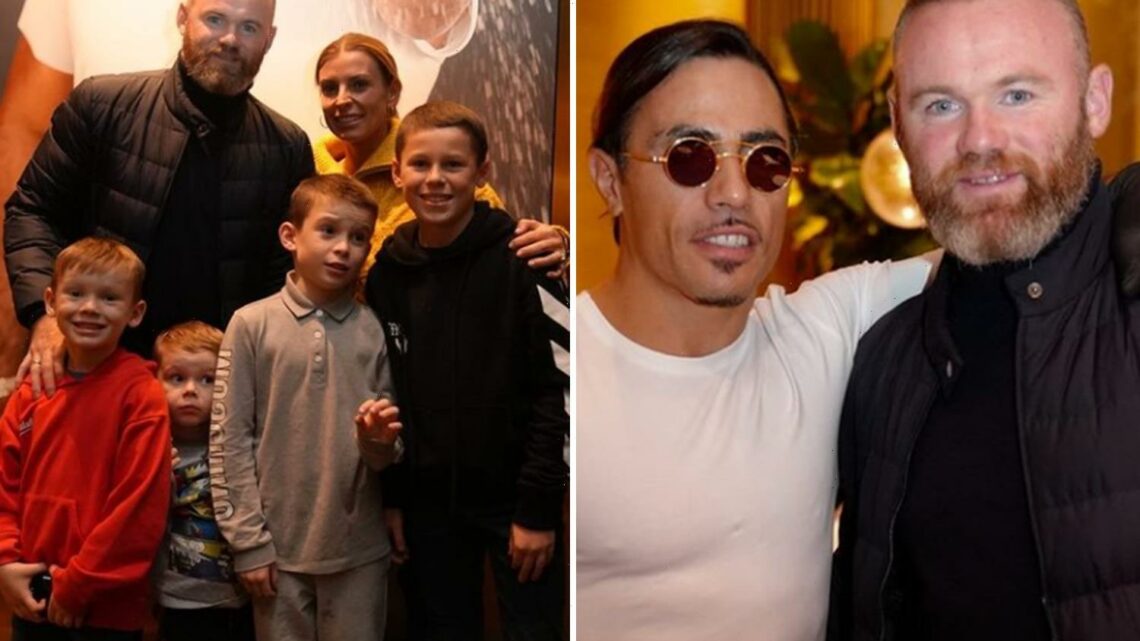 COLEEN and Wayne Rooney treated their four sons to dinner at Salt Bae's new upmarket Knightsbridge restaurant where a gold steak is on offer for £640.

Turkish-born internet icon Nusret Gökçe revealed the famous couple and their brood – who are based in Cheshire – travelled south to experience his extravagant menu. 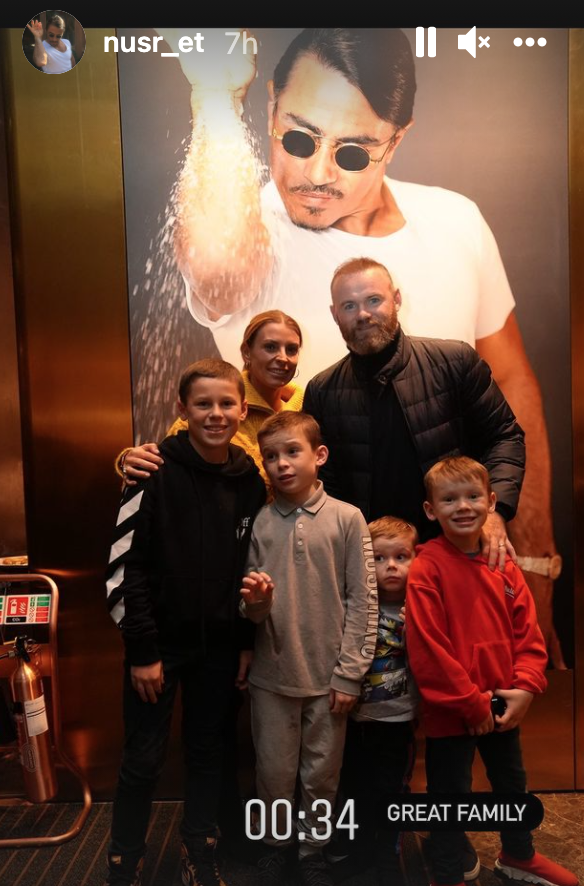 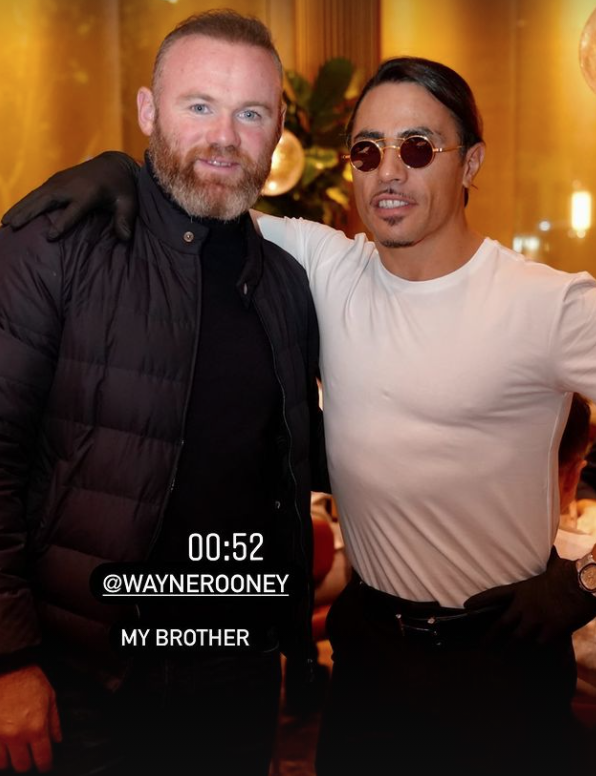 Nusret posted snaps from their visit as all six Rooneys posed next to a huge poster of him sprinkling salt over a giant steak.

He wrote over the top of it: "Great family".

The celebrity chef posed for another snap with a bearded Wayne, 36, who looked well and was dressed all in black.

Revealing the pair had clicked, he captioned the shot: "My brother".

Turkish-born internet icon Nusret Gökçe has hit the headlines for the extravagant prices at his upmarket Knightsbridge eatery – with a £850 gold-coated steak and a £100 burger both on offer.

Fans told The Sun of their positive experiences at the restaurant, with one happy customer calling the steak "to die for".

Another reviewer said: "I went to this restaurant for a family celebration and found it was the perfect place.

"The food was perfect and plentiful – steak to die for and baklava with ice cream in the middle, that melted in the mouth."

Coleen and football manager Wayne met when she was just 12, and married in 2008.

The striker joined Manchester United at the age of just 18 in 2004 for £20million, the largest fee paid for a player under 20.

Wayne, now manager of Derby, had just signed for Manchester United from Everton for £30million in 2004.

They live in an incredible £6million Cheshire mansion with a jacuzzi bath and a bed big enough for the whole family.

Wayne recently opened up about his relationship saying he once smashed the doors of a rented house when he was 18 after a row with Coleen.

He told boxer Tony Bellew in a podcast: “I was going on a night out with the lads so I phoned Coleen. I think she was in Liverpool at the time.

“You know when you’re that age, you argue a lot.

“Anyway, she's constantly going on. So I'm in this rented house and I've gone round every door in the house and punched a hole in it.

“And then I lost my head again and I completely smashed the door. Then Rio came round.”

Coleen has also revealed she's forgiven Wayne for his booze and sex scandals but admitted "it wasn't acceptable".