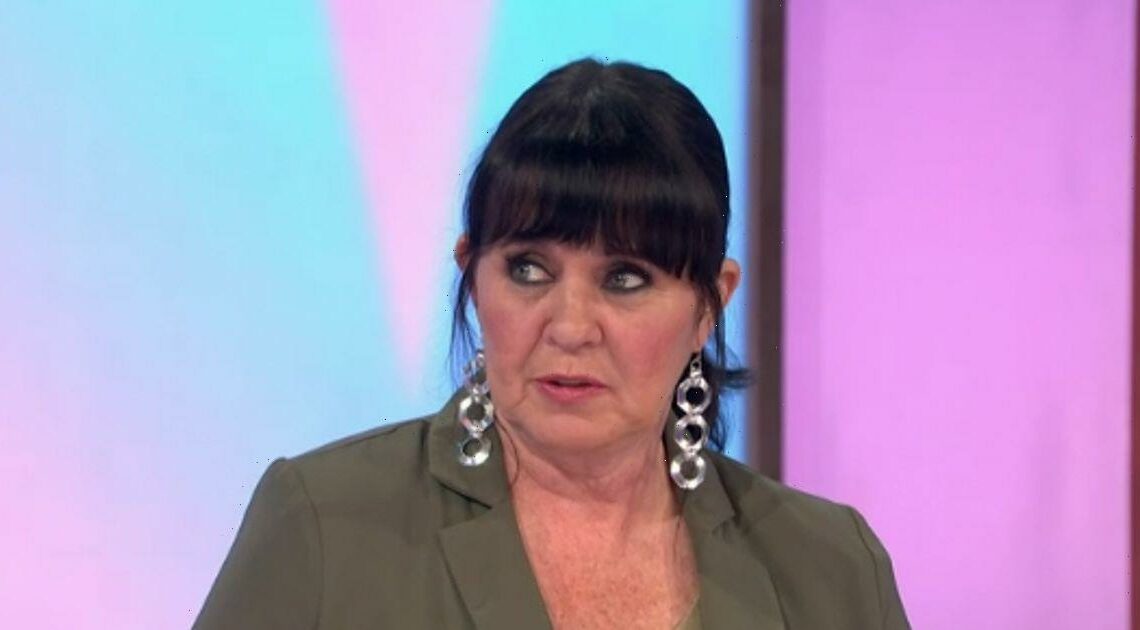 The show's panellist flaunted her transformation and sent fans wild with her new trendy look.

The Nolan sister wore her dark locks in a sleek ponytail and accessorised the updo with silver jewellery.

Coleen starred on the panel show alongside her co-stars Kaye Adams, Janet Street-Porter and Judi Love.

The 56-year-old star was praised for her new hairstyle which sparked a lot of conversation with fans on Twitter.

Another said: "@NolanColeen you look lovely, I love your hair style #itv #LooseWomen."

And another wrote: "coleen you look fab today on loose women xxxxxx"

And a fourth commented: "Collen looks so pretty, her hair looks stylish and love her earrings. Loving her look today #LooseWomen"

But another moaned at the show and said: "What's with the pre-recorded episodes? This is supposed to be a topical discussion show – have you all developed special powers that make you see what's going to be in the news in the coming weeks? If so, what are tomorrow night's lottery numbers please?"

This comes after former Loose Women star Saira Khan revealed that she has only stayed friends with four of her co-stars from the show, admitting she merely "tolerated" some of the others so that she could do her job.

"Out of everyone, they're the people I'd invite round to my home and the ones I've got a relationship with.

"There were some women that I just thought: 'I've got to just tolerate you to do the job and in real life you wouldn't be my friend.'

"They'd say the same about me. Plus, I shared a lot about myself on that show – my abuse, adoption, arranged marriage and a lot of relationship stuff."

She went on to say that you don't get a lot of thanks for opening up about your personal issues on the show, and that she felt like she was putting them in a "precarious situation".