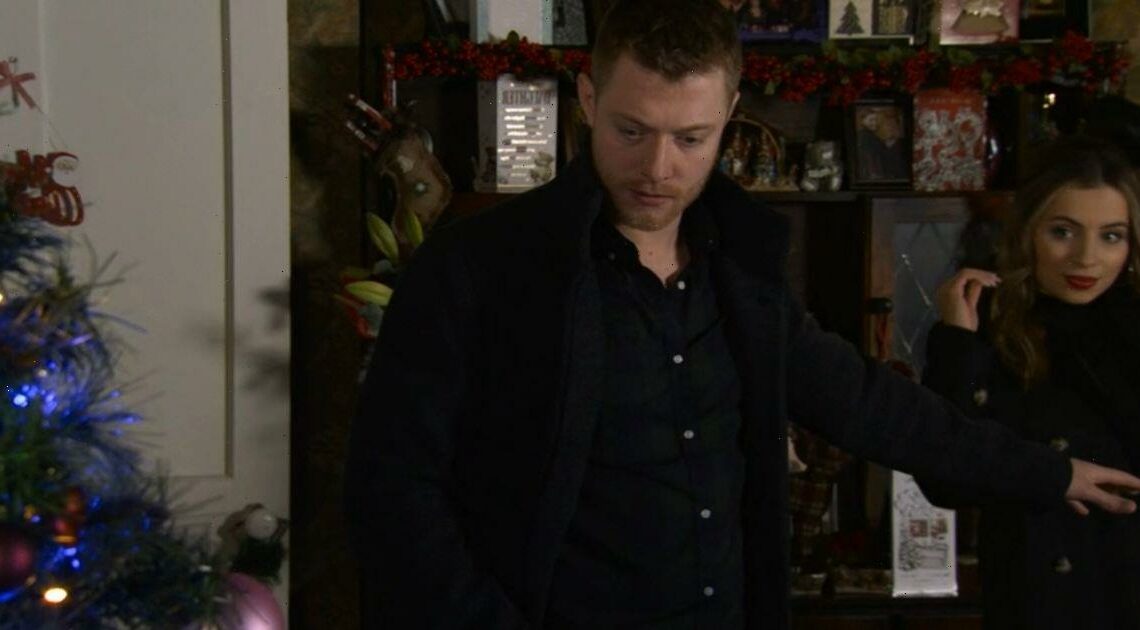 Coronation Street fans think they have figured out who burgled the Barlows on Friday night.

During the latest episode, after getting Daisy Midgeley's stepmother Jenny Connor's blessing, Daniel showed her his engagement ring for Daisy with plans to surprise her.

However, later in the episode, when Steve McDonald, Tracy Barlow, Daniel and Daisy headed into No.1, they were horrified to learn that they had been burgled with the engagement ring gone.

Meanwhile, over at the cafe, Jacob Hay’s estranged dad Damon continued to try and make things up to him, where he surprised him with a wad of cash.

And while Damon having a large amount of cash could be a coincidence, some soap watchers were quick to question whether he could have burgled the Barlows.

A different account put: "They've been robbed and Damon has a wallet full of cash #Corrie."

While another follower wrote: "Who stole the barlows christmas presents? #Corrie" with a different account replying: "Probably Damon!"

It comes as Corrie fans went wild on Wednesday night as they recognised newcomer Justin from Hollyoaks.

During the episode, Daisy and Daniel attended her appointment at the breast clinic, where she learnt her lump was non-cancerous and a cyst.

Prior to the appointment, Daniel went to get a nervous Daisy a cup of tea where she got talking to a man, Justin, in the waiting room, who was waiting for his mother. He said: "You waiting for results? I'm sure it will be okay! I'm here with my mum, she's got cancer.

"It's pretty advance and not a lot they can do for her. It just doesn't seem fair somehow, she never smoked, she barely drinks, she looks after herself and now… it just,"

To which Daisy comforted him, saying: "Hey, you alright?" to which Justin was left touched over the gesture.

Viewers were quick to spot that the actor playing Justin was Andrew Still, who previously played Joel Dexter from November 2011 until January 2013 on Hollyoaks. Rory Douglas-Speed has played the part of Joel Dexter since 2016.

For all the latest cast updates and juicy Coronation Street spoilers, sign up to our daily OK! Newsletter.

Coronation Street continues on Mondays, Wednesdays and Fridays at 8pm on ITV.

Midwest colder than MARS as nearly 1.5M homes in US without power

Netflix’s Ted Sarandos Could Get Up to $40 Million in 2023, Reed Hastings Pay to Remain at $34.7 Million
Recent Posts