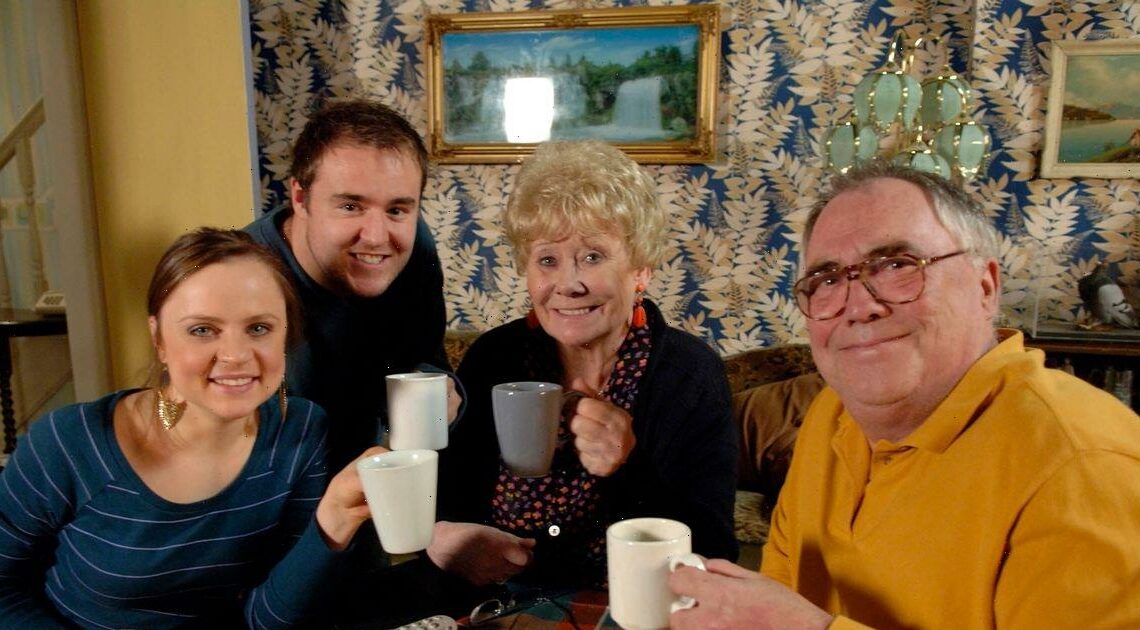 It has been over 12 years since Coronation Street residents said a tragic goodbye to Molly Dobbs.

During her time on the cobbles, Molly was involved in some of the soap's biggest storylines including her marriage to Tyrone Dobbs and her affair with Tyrone's best friend, Kevin Webster.

However in 2010, Molly was involved in a devastating tram crash that not only took her life, but also killed fan favourites including Ashley Peacock.

Since then, many fans may be wondering what happened to Molly Dobbs actress Vicky Binns since her dramatic Corrie exit – and here, Daily Star takes a look at where the soap icon is now.

Long before Vicky Binns rose to fame as Molly Dobbs in Coronation Street, the actress was already a familiar face on our TV screens in a popular children's programme.

At the age of 17 years old, she landed her debut TV role in Children's Ward as Natasha, starring in multiple episodes from 1998-1999.

From there it was onwards and upwards, with Vicky going on to land roles in series including Casualty, Crime Stories, The Mill, Moving On, Doctors and most recently, the video for Early Doors: Live.

After leaving Children's Ward, Vicky played Olivia 'Ollie' Reynolds in Emmerdale for over four years between 1999-2003.

Vicky's stint on the soap wasn't without it's drama, with Ollie getting involved in huge storylines including accidentally sending Mandy Dingle to jail, learning about her father Sean Reynold's affair with Lady Tara Oakwell and the death of her mother in a car crash.

The character also had a brief relationship with Emmerdale fan favourite Cain Dingle in one soap storyline too.

That's not all, as her father Sean Reynolds was played by none other than Call The Midwife Dr Turner star Stephen McGann.

However after a dramatic few years, Ollie left the dales to study at University – and actress Vicky Dobbs went on to land her iconic Coronation Street role too.

Vicky Binns revealed that she turned to teaching after her acting roles began to dry up due to the pandemic.

She had been due to appear in a theatre production in 2020, but the theatre was forced to close as lockdown measures were brought into place.

Speaking about her career u-turn, Vicky revealed to Scarborough News that she had worked in a primary school during the pandemic, but was keen to get back to acting after pursuing the career since she was a child.

She said: "I have been an actress from a young age, playing regular roles in Emmerdale and Coronation Street (I’m yet to get that offer from EastEnders).

"I’ve also worked extensively in theatre, but since lockdown I was teaching in primary schools, where I was told by a five-year-old that I looked better with my mask on!

"Keen to get back into the gentler world of show business, I jumped at the chance to come back to the theatre."

Since then, Vicky has made the move back into acting and is currently appearing at The Octagon Theatre in a production of Home, I'm Darling.

Despite having tied the knot with Tyrone Dobbs in Coronation Street back in the day, Molly actress Vicky has admitted that she may 'never get wed'.

The star made the candid confession during an interview with The People, saying that her on-screen soap wedding made her think it was 'so much faff'.

She said: "I have never hankered for getting married and this wedding confirmed it for me. It was so much faff.

"I just wanted to go to the toilet on my own without having people to help me with the dress. It's tainted me."

It is not currently known whether the star is in a relationship, as the actress tends to keep her personal life private.