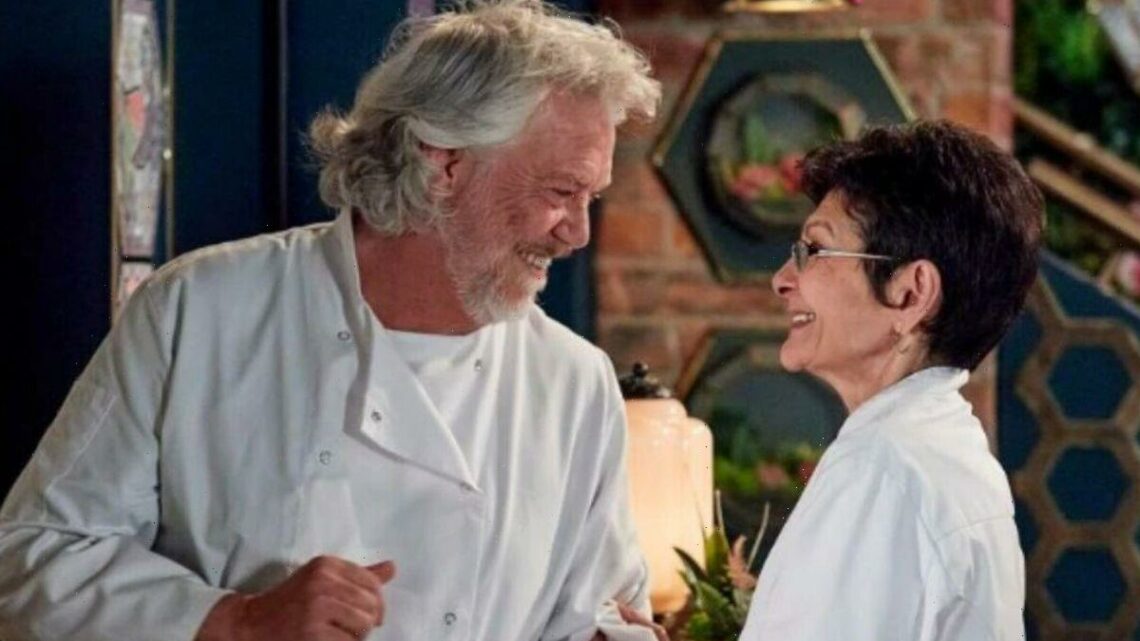 Coronation Street legend Yasmeen Metcalfe (played by (Shelley King) was devastated when she found out that Stu Carpenter (Bill Fellows) had been lying to her and was possibly going to prison for murder. With the help of Nazir (Sair Khan), she managed to get his case reopened and looked at, which soon led to the discovery of the real murderer of Charlie Walters, the young woman who he had an affair with. In upcoming scenes, Stu’s name is cleared along with getting custody of Eliza, bringing the pair closer together and mending their relationship.

Adam goes on to offer her a job at the solicitors, which she accepts but is dependent on the salary she is given.

Later in the restaurant, Stu blames himself for the vandalism and tells Yasmeen it’s even more reason he should find somewhere else to live.

Dee-Dee suggests to Alya that she’d happily take her on as her legal secretary and train her up.

But what will Alya decide to do, knowing she would be leaving Yasmeen in the restaurant to cope?

Elsewhere, Yasmeen admits to Stu that she still has feelings for him and that if he were to share her bedroom, there would be a spare room for Eliza.

Later, Yasmeen helps a nervous Stu to prepare No.6 for a visit from Eliza’s social worker to determine whether she would be able to stay with him.

After a successful visit, Stu and Yasmeen are delighted when the social worker approves No.6 as Eliza’s new home and confirms she can move in immediately.

Eliza moves in and Stu’s anxious to make a favourable impression, wanting her to be comfortable in her new home.

After settling in and knowing that No.6 is her new home, Eliza asks after her mum and Stu suggest they visit her in prison together.

Eliza prepares for their prison visit and Yasmeen is quick to reassure a fretting Stu that he’s doing fine.

In her own life away from Stu, Yasmeen is delighted to hear that Dee-Dee has offered Alya an exciting new job.

She urges her to seize the opportunity and assures her she will be just fine, especially since she has Stu back.

Eliza’s subdued after visiting her mum when Yasmeen assures Stu he’s doing a wonderful job and Eliza’s lucky to have him.

Is this finally it for Yasmeen and Stu making a go of their relationship? Or will Eliza be around making it difficult for the pair?

The pair have had their ups and downs over the last couple of months as Stu was investigated for murder.

However, it was soon revealed that it was in fact Stu’s daughter Bridget Woodrow (Beth Vyse) who murdered Charlie.

During a brunch date, Eliza was curious to know more about Stu’s time behind bars, which ultimately left Bridget feeling guilty, knowing their relationship would be based on lies.

With tears in her eyes, Bridget confirmed that she killed Charlie with the help of Stu’s ex-wife Lucy (Lynda Rooke) to cover it up.

Stu told Yasmeen that he thought a stranger had killed Charlie and was confused as to how the situation had unfolded.

Is this really the end of the saga, allowing Yasmeen and Stu to get their life back on track?