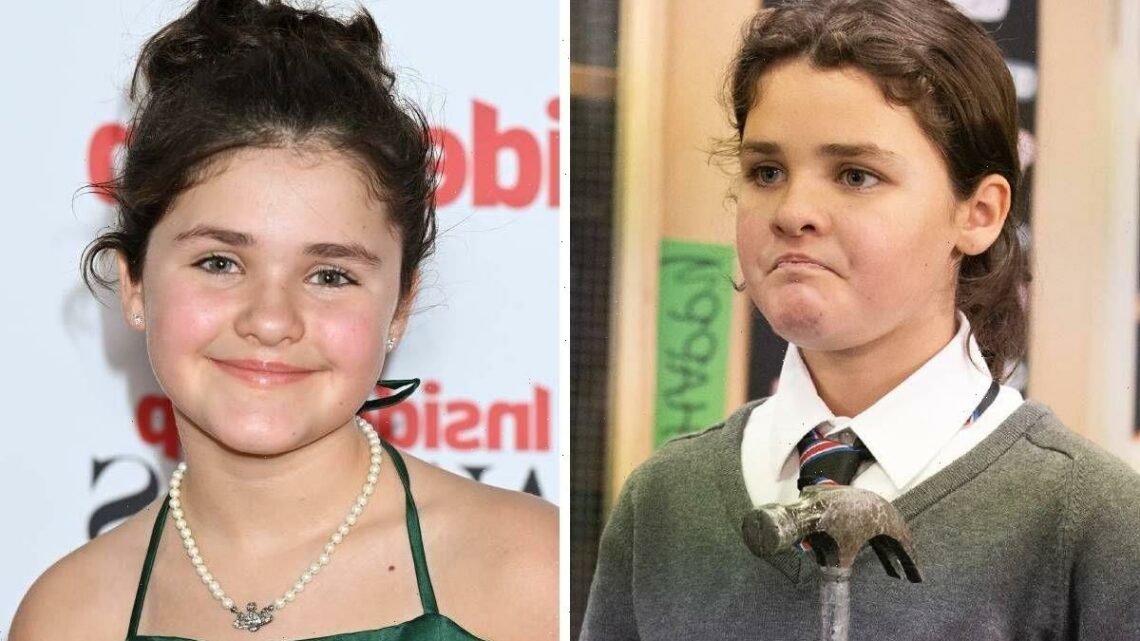 Coronation Streets Hope Stape star has a twin on set

Coronation Street: Bernie gets stitched up by Fern

Serial killer John Stape (played by Graeme Hawley) caused a lot of trouble on the cobbles in the noughties and now his daughter Hope Stape (Isabella Flanagan) is starting to follow in his footsteps. From messing about at school and sending Evelyn Plummer’s (Maureen Lipman) dog away on a train, to starting fires and destroying cars, Hope is growing more menacing by the day. Her latest hijinks led to her being suspended, just days after she started at Weatherfield High School.

Hope Stape managed to get her hands on a pile of her deceased dad John Stape’s book after Tyrone Dobbs (Alan Halsall) bought all of them from Freshco’s and hid in the shed.

Believing he was shielding her from knowing all the horrible things her real dad did, Hope is revelling in the prospect of being the daughter of a serial killer.

So much so, that she started selling signed copies of the book at school, much to her classmates’ amusement.

She then went a step further by bringing in a hammer so she could reenact one of John’s murders, leaving one of the teachers so distressed that he chose to take early retirement.

Coronation Street’s Hope Stape has been played by actress Isabella Flanagan since 2017.

She has been at the heart of various troubling storylines, much to her onscreen parents’ distress.

Flanagan’s Hope is the half-sister of Ruby Dobbs (Macy Alabi) in the ITV soap with her mum Fiz Stape’s (Jennie McAlpine) side of the family living next door.

While Hope and Joseph are cousins in Coronation Street, they are actually closely related in real life.

Isabella and actor William Flanagan are actually twins who joined the soap in the same year and are regularly seen acting opposite one another.

In January, their dad Chris took to Twitter to mark Isabella and William’s 11th birthday.

“Been a busy week but we will celebrate tonight!!”

This isn’t the only relation the Hope actress has to someone in the world of soaps.

She and William are the younger siblings to actress Amelia Flanagan, 13, who is behind April Windsor in Emmerdale.

April had a crush on Arthur Thomas (Alfie Clarke) but when Cathy (Gabrielle Dowling) tried to push their potential romance along, it didn’t go quite according to plan.

Will the teenagers be able to work things out or has their romance come to an end before it had a chance to blossom?

Meanwhile back in Coronation Street, Hope makes Tyrone feel guilty that he left the family, fearing that he will go again because of her behaviour.

He is determined to make her see that’s not going to happen by spending quality of time with her, but once again, Hope is up to no good.

She tells her friend Sam Blakeman (Jude Riordan) that she has her dad “wrapped around her little finger” and will make him pay for abandoning them in the first place.