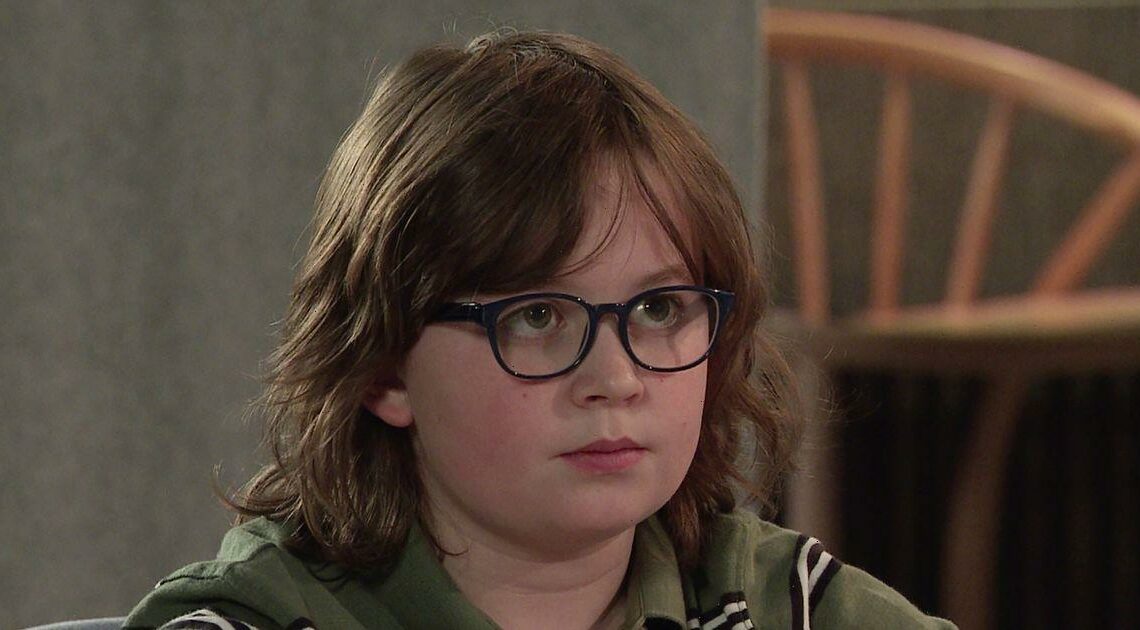 The talented youngster, who plays Sam Blakeman on the ITV cobbles and stars as Tyler Croft on Brassic, took to Twitter to post the sweet father-and-son snap.

Captioning the picture, which was taken in a pub setting, Jude wrote: "Happy Birthday to the best – My Dad @paul_rio" with celebrating emojis.

The soap star's dad, Paul Riordan, is a famous director having worked on the likes of Hollyoaks, Coronation Street, Casualty and Emmerdale – to name a few.

Jude's Coronation Street co-stars were quick to reply to the post as they too wished Paul a happy birthday.

It comes after Jude stole the nation’s hearts when he picked up his National Television Award for Best Newcomer last September.

The pint-sized actor looked over the moon as his name was announced – making him the youngest person in the ceremony’s history to take home an award.

It was previously held by fellow Corrie actor Sam Aston, who won the Best Newcomer award for his role as Chesney in 2004, aged 11.

Walking up to the stage, Jude then beamed as he started his acceptance speech, thanking both his Coronation Street co-stars and his family.

He told the cheering crowd at London’s 02: "Oh my word! Oh my word! This is amazing."

Jude continued to shout out his Corrie cast, before adding: "Thanks to all my family for supporting me, and, erm, yeah that's mainly it!"

The adorable actor was smiling from ear-to-ear as he concluded: "And yeah, that's mainly it! Thank you guys!"

Twitter went wild for Jude's speech, with one writing:"Aw, little @JudeRiordan winning a National Television Award and not reaching the microphone was such a sweet moment. He’s brilliant in #Corrie. Congrats Jude! #NTAs."

For all your updates on Coronation Street, sign up to our daily OK! newsletter.

What your backyard design reveals about you – so are you materialistic or ‘out of control’?
Recent Posts