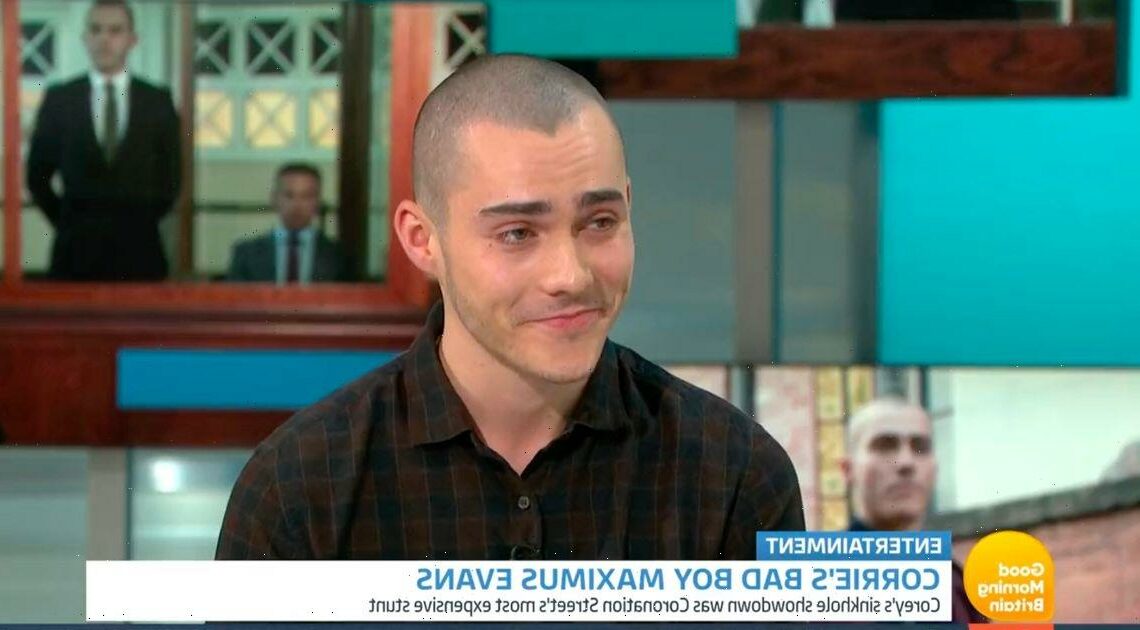 But now the actor that plays him, Maximus Evans, has confirmed his evil character will exit from the ITV soap in the coming weeks – teasing that he’s already filmed his final scenes.

Speaking during an appearance on this morning’s instalment of ITV’s Good Morning Britain, the show’s star remained tight-lipped about whether viewers will finally see Corey get his comeuppance for killing Abi’s (Sally Carman) son Seb.

However, Maximus did go on to confirm that he was bowing out from the Corrie cobbles when grilled by GMB hosts Ranvir Singh and Richard Madeley.

Speaking about his exit storyline, he told them: “No, we don't know how yet but I have filmed an ending.”

However, Maximus, who first joined the soap in May 2019, remained coy when he was pushed for further details by the presenting pair.

Instead, he went on to explain what he’s been up to since waving goodbye to Weatherfield, revealing he’s since enrolled at a London drama school to further his training.

Maximus added: “I wanted to get my degree beforehand and now I’ve gone back to get it and I want to further my training.”

The actor also reflected on his two years on the ITV soap, saying he still can’t believe his luck that he landed such a big role after initially being cast for a guest stint.

He revealed: “I was supposed to be a date for Asha [Alahan, played by Tanisha Gorey] and now I’m a murderer, I didn’t expect that at all.”

Maximus also spoke some of his highlights on screen, including the recent epic scenes where his character was confronted by a vengeful Abi before the pair fell through the sinkhole.

He recalled: “It was a very cold week on set, me and Sally Carman were down in a sinkhole all week.”

“It was just a lot going on I think, that’s why it’s the biggest event that’s happened since the tram crash.”

“It was great to film and a good experience. I literally didn’t know what to expect, we’re literally doing about four scenes back to back.”

For all the latest news from soapland, sign up to our daily OK! newsletter.Good Morning Britain airs weekdays from 6am on, while Coronation Street airs weeknights on ITV.