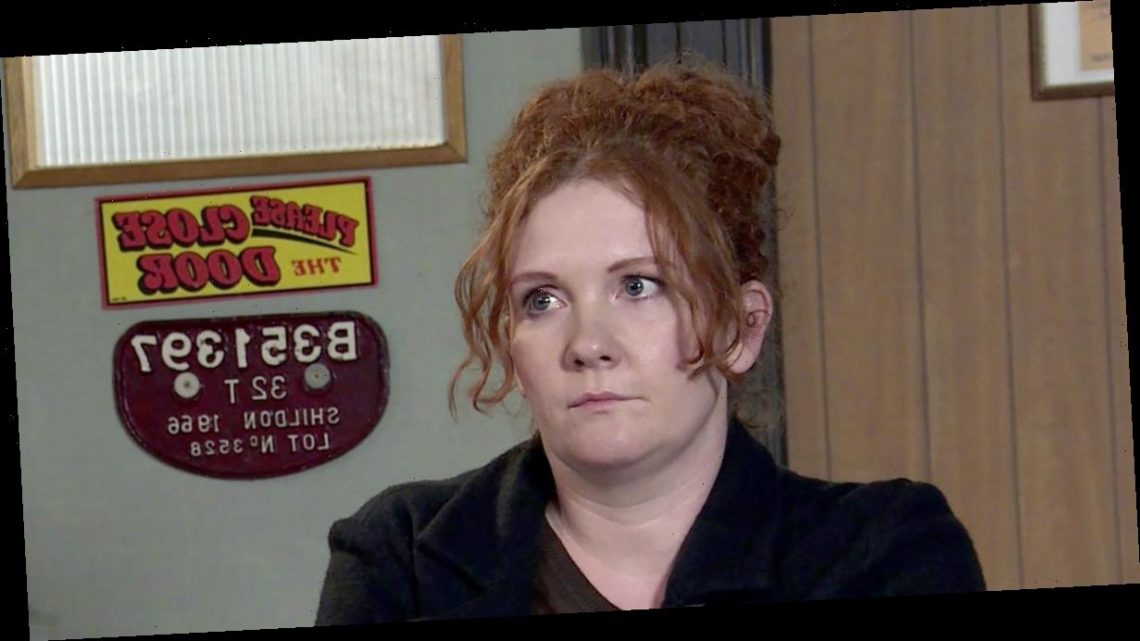 Coronation Street fans can expect a heartbreaking storyline next week as Fiz (Jennie McAlpine) will be left devastated when she finds out Tyrone has feelings for someone else.

Sparks have been flying between Tyrone Dobbs (Alan Halsall) and Alina Pop (Ruxandra Porojnicu) for a while on the ITV soap as he's realising he has feelings for the character.

Tyrone hasn't been honest with Fiz about his secret affair, but it looks like the guilt will become to much to bear as he's set to come clean about his true feelings.

In upcoming episodes, Fiz mulls over her wedding plans, but Tyrone's secretly thrilled to find Alina's cardigan at the garage, giving him an excuse to call round.

Seb walks in on them and becomes suspicious as Tyrone and Alina try to convince him there's nothing going on between them.

Tyrone heads back to the garage where Fiz excitedly tells him about her wedding plans, without realising Abi and Chesney are hiding there.

She takes a deep breath and excitedly tells Tyrone she's booked them a Greek wedding, leaving him gobsmacked.

Tyrone stares at Fiz without saying a word as Abi and Chesney emerge from their hiding places, leaving Fiz humiliated as she runs out.

Back at home, Tyrone leaves poor Fiz heartbroken as he admits he's fallen for Alina.

He assures Fiz Alina means nothing and that she and the girls are his life as he vows to make it up to her and put things right.

A furious Fiz confronts confronts Alina and tells her to stay away from her beau in future.

An upset and shaken Alina is angry at Tyrone for telling Fiz the truth and tells him to stay away from her, leaving Tyrone in turmoil.

However when Sally makes a dig about Tyrone and Alina, she rushes out.

Will the couple work things out? Or is their relationship doomed after Tyrone's secret is exposed.

Coronation Street airs on Mondays and Wednesdays 7.30pm and 8.30pm with an hour long episode at 7.30 on Fridays on ITV