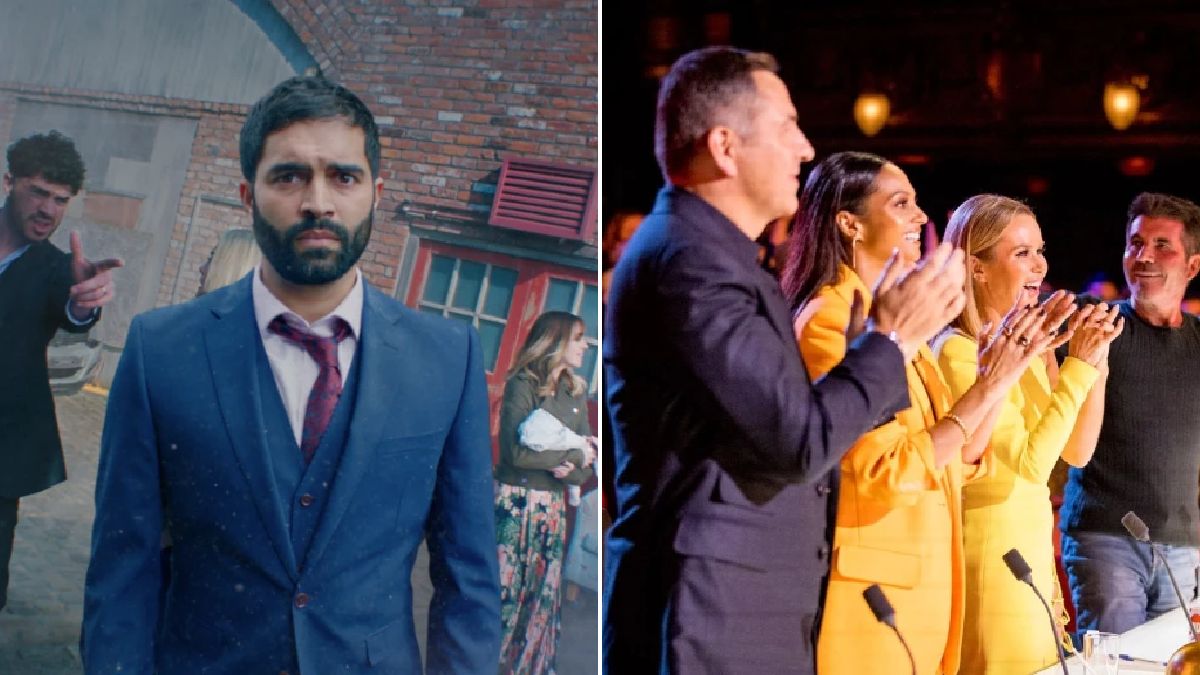 Coronation Street and Emmerdale’s schedules are set to change for one week to make way for the semi-finals of Britain’s Got Talent.

As ever, Ant and Dec will host a week of live semi-finals shows, with the Britain’s Got Talent final airing at the weekend.

Due to the semi-finals, it means the schedules will, once again, have to alter for Emmerdale and Coronation Street.

Week beginning May 30, Emmerdale will return to the original timeslot of 7pm.

Everyday that week, Coronation Street will air a 30-minute episode straight after Emmerdale until 8:00pm, followed by Britain’s Got Talent.

Due to BGT airing at 8, it also means Emmerdale won’t air its usual hour-long episode on the Thursday.

The same week is also set to be huge for the residents of Weatherfield, as a catastrophic ordeal puts lives in danger.

MD Continuing Drama & Head of ITV in the North, John Whiston recently teased: ‘The pigeons really do come home to roost for some of Corrie’s best loved characters in this fantastic week of edge of your seat drama.

‘Secrets unravel, truths hurt, and lives well and truly turn upside down as the lengths Imran went to to take baby Alfie away from Abi are revealed. Whether your sympathies are with Abi, with Toyah or with Imran, this is not a week to be missed.’