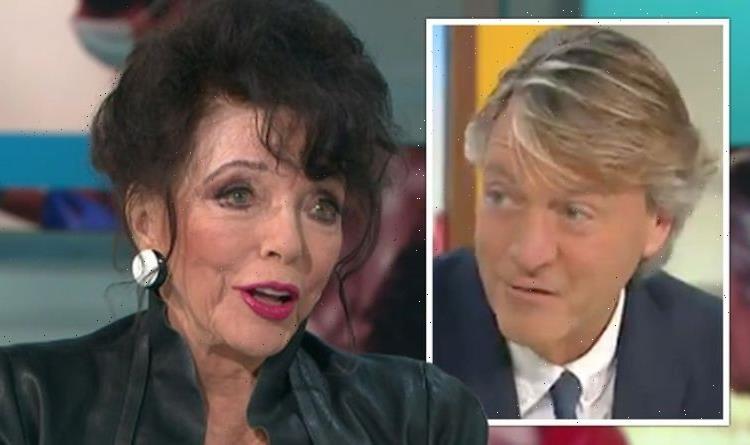 Screen icon Dame Joan Collins, 88, joined Susanna Reid and Richard Madeley on Good Morning Britain to share anecdotes from her new book, My Unapologetic Diaries. As she shared memories from her career, Richard left the Hollywood star speechless when he made a joke about her personality.

Richard told the actress the diary entries in her book read as though Dame Joan was having an intimate conversation with the reader.
He told her: “It’s very intimate and as you say, it’s incredibly frank, I mean sometimes it’s in a very nice way.”
A shocked Dame Joan interjected: “Only sometimes?”
Richard replied in a tongue-in-cheek way: “Oh, of course not. You can do nice can’t you?”

Dame Joan turned to the cameras after being stunned by Richard’s remark about her personality before composing herself to continue discussing the book.
More to follow…