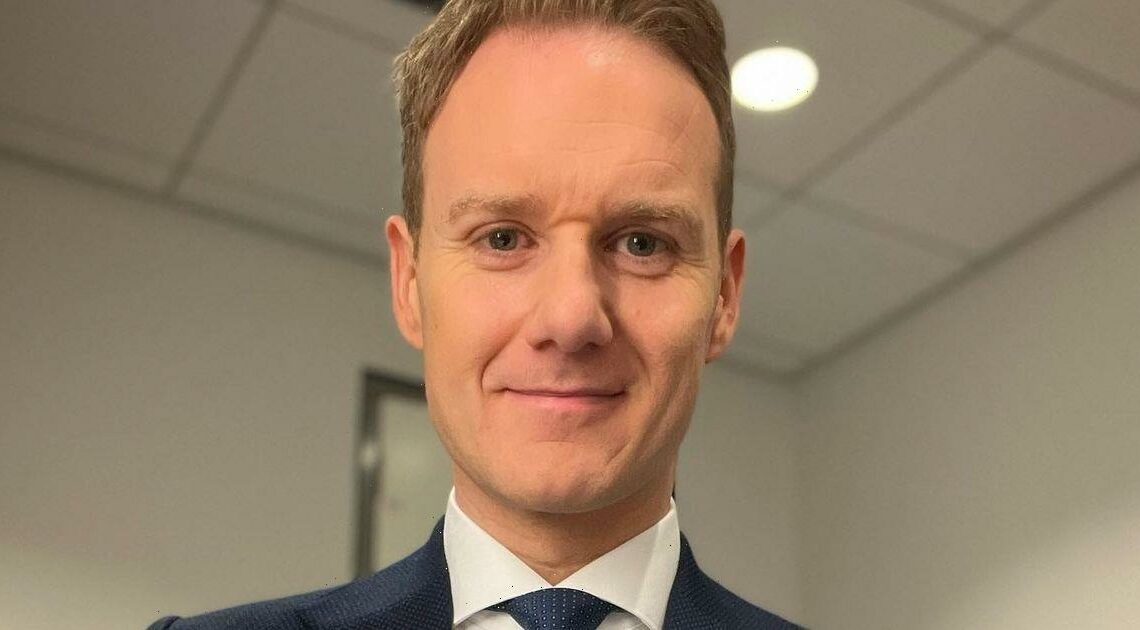 Dan Walker has cosied up to his BBC Breakfast co-star Sally Nugent for a sweet snap ahead of his exit from the show.

Earlier this year, the Strictly Come Dancing alum, 45, revealed his intention to depart the programme to front the revamped Channel 5 news team.

On Tuesday's episode, Dan confirmed he will film his final day on the BBC show on Tuesday, May 17.

Posting to Instagram on Wednesday morning (May 4), it seemed the presenter was feeling prematurely nostalgic as he shared the love for his soon-to-be ex colleague Sally.

The pair squashed closer together up for a snap wearing the same England football shirt.

Revealing that the jumbo-sized England shirt was from his very own closet, Dan wrote in a caption: "Good morning.

"We are talking about football memorabilia today.

"With Maradona's 'Hand Of God' shirt going for millions, I thought I'd bring in my massive @england one."

Quick to comment on the "hilarious moment" were fans of BBC Breakfast and admirers from within Dan's 274,000 Instagram followers.

One follower wrote: "You two do make me laugh! Such a good pairing."

Another commented: "That made me laugh this morning! I will miss you both on the sofa. I hope Sally gets a new co-presenter like you!"

Meanwhile, a third said: "That's some shirt! Was a hilarious moment with you two struggling to get inside it."

A fourth commented: "So funny watching this over breakfast! Nearly chocked on my coffee."

"Think you could get the whole if the team inside that shirt!" Another fan concluded.

Earlier in the programme, Dan and Sally could be seen jokingly clashing with each other after Dan attempted to take over Sally's speaking parts on the show.

Sally later scolded Dan: "Stop it, this is my camera."

Dan recently announced his departure date from the show, explaining to viewers: "You know you keep asking me when I’m going? Well, I can tell you now, officially."

He joked: "I'm leaving in five minutes. You can do the rest yourself, can’t you?"

But then confirmed "May 17 is my last day, so two weeks today."