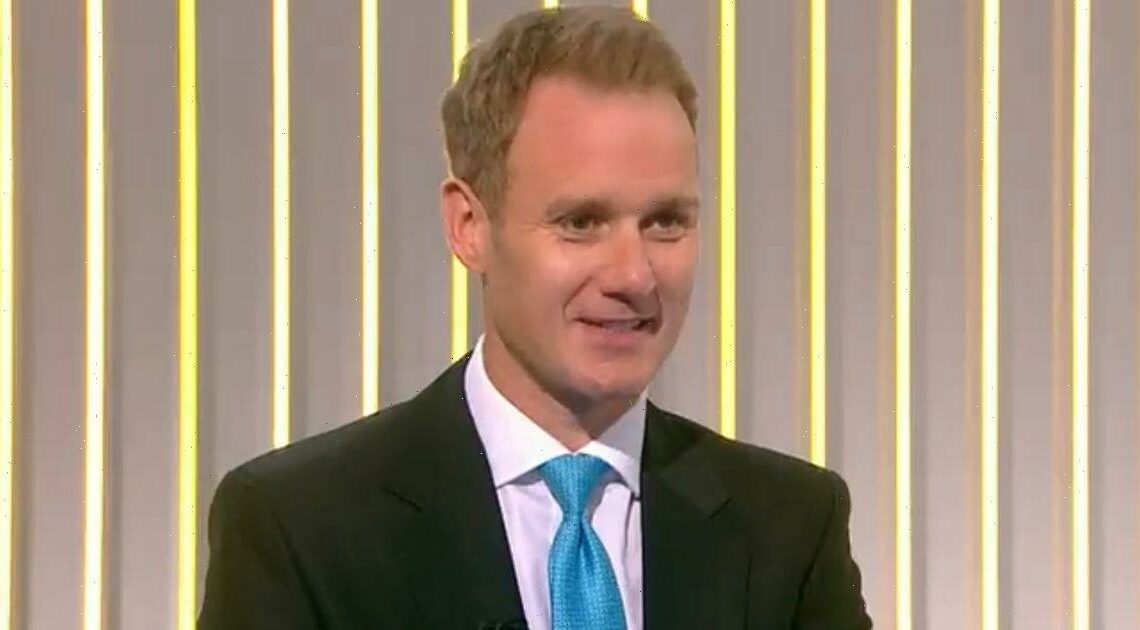 The TV anchor has just moved from BBC Breakfast to 5 News on Channel 5, but it seems he's already faced some surprises in the celebrity guest department.

That's because Dan couldn't believe how young Kim looked as he interviewed her on his evening news programme.

The presenter took to Twitter on Tuesday (July 12) with a clip of his interview with the pop star, who looked incredibly glamorous.

A floored Dan admitted he couldn't believe Kim was in her 60s as he caught up with his 774,000 followers.

Kim, who is actually 61, wore a gorgeous black top which was slashed below her shoulders to tease her timeless figure.

She decided to accessorise with an elegant stone pendant necklace which hung over her chest.

The singer styled her bright blonde locks in a stylish crop which fell onto her shoulders and framed her face elegantly.

It seems Dan's fans agreed as they flocked to comment, with one writing: "I thought the same! But then I have to realise that I'm not that much younger, although I think I'm 16!"

A second said: "Stunning lady. Saw her supporting Michael Jackson at Roundhay park, back in the day."

A third commented: "Only a few years younger than me but in my head we are both still 18."

A fifth added: "Thank you Dan, i enjoyed listening to this interview."

Kim shot to fame in 1981 with her debut single, Kids in America, which reached number two in the UK.

She has gone on to bag seventeen UK Top 40 singles as the most charted British female solo act of the 80s.

The singer has been plugging her Greatest Hits Tour, which had to be rescheduled due to the pandemic in 2020.

Wilde is certainly keeping herself busy as she's also touring with Boy George and The Culture Club.

Kim and Boy George also joined forces in the studio as they collaborated on her 2021 single, Shine On.