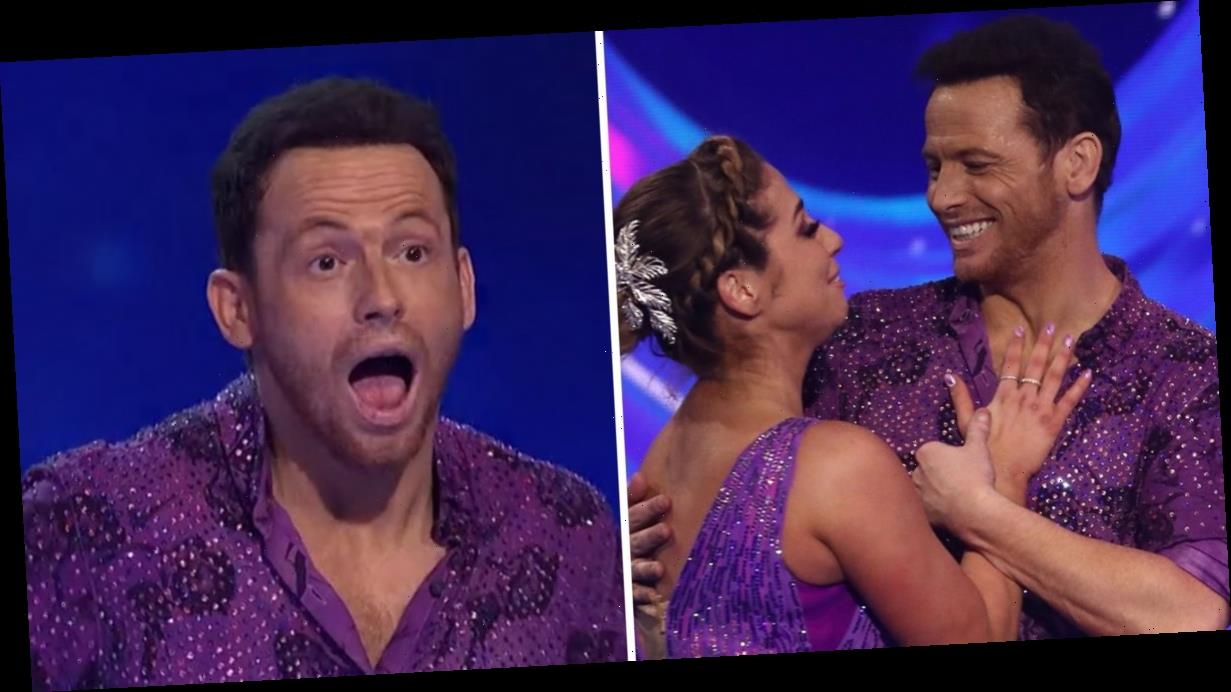 I think this series final was one of the most incredible finals we’ve ever had.

I was sat on the edge of my seat for most of it and as I’ve been saying all along, things don’t always turn out the way people expect. In the final the winner is decided by the viewers votes, so whoever comes top, is the peoples champion. I always said Joe Swash was one to watch, and I was proved right when he was crowned the 2020 champion.

I’ve loved working with Joe because he has such a positive energy about him. If any of the other celebrities were ever upset or stressed out, Joe would make them laugh and elevate the mood instantly.

Joe even managed to laugh off wearing a massive bandage around his head because his ear kept swelling up with fluid. At one point there was even talk of making a purple bandage for Joe to wear during Bolero but luckily it didn’t come to that.

Whenever we worked with Joe his favourite saying was ‘shall we do it again then?’ He never got tired and worked so hard to master his routines… and all that hard work paid off.

Libby Clegg has been an absolute gem throughout the series. It was truly an honour to work with her and get to know her, in fact, I think she’s one of the most inspirational contestants we’ve had on any series.

People make excuses all the time for not doing things because it’s out of their comfort zone, but seeing Libby’s fearlessness week in, week out, has shown what can be achieved when you stop finding reasons not to try something but instead go out and conquer your fears.

It was such a shame Libby and her pro Mark didn’t get to perform their Bolero, as I watched them in rehearsals and it looked great.

I’m almost lost for words with how spectacular and daring Perri Keily’s routine was, with him performing a backflip on ice! I only know a couple of professional ice skaters who’ve ever attempted this, because it’s potentially so dangerous, so to have a contestant go for it is amazing. I don’t think we’ll see another celebrity attempt a backflip on ice again in the show for many years to come.

Perri and his pro partner Vanessa, brought a new edgy dynamic to Bolero, which was so great to see. Jayne and Chris said it was one of the best Boleros they’ve ever seen from anybody, which surely is the ultimate compliment.

I had the privilege of working with Torvill and Dean on the showcase routines, which was one of the highlights of my week.

Another highlight was the series wrap party, where everyone took the pressure off and instead put their party skates on. There were laughs, high kicks and Dirty Dancing lifts galore – and a lot of very sore heads the next day but it was worth it!

Thank you for joining me each week and reading my column, I’m going to hibernate for a little while now but look forward to the next time!

Coronavirus and Upfronts: The Latest on What TV Networks are Planning